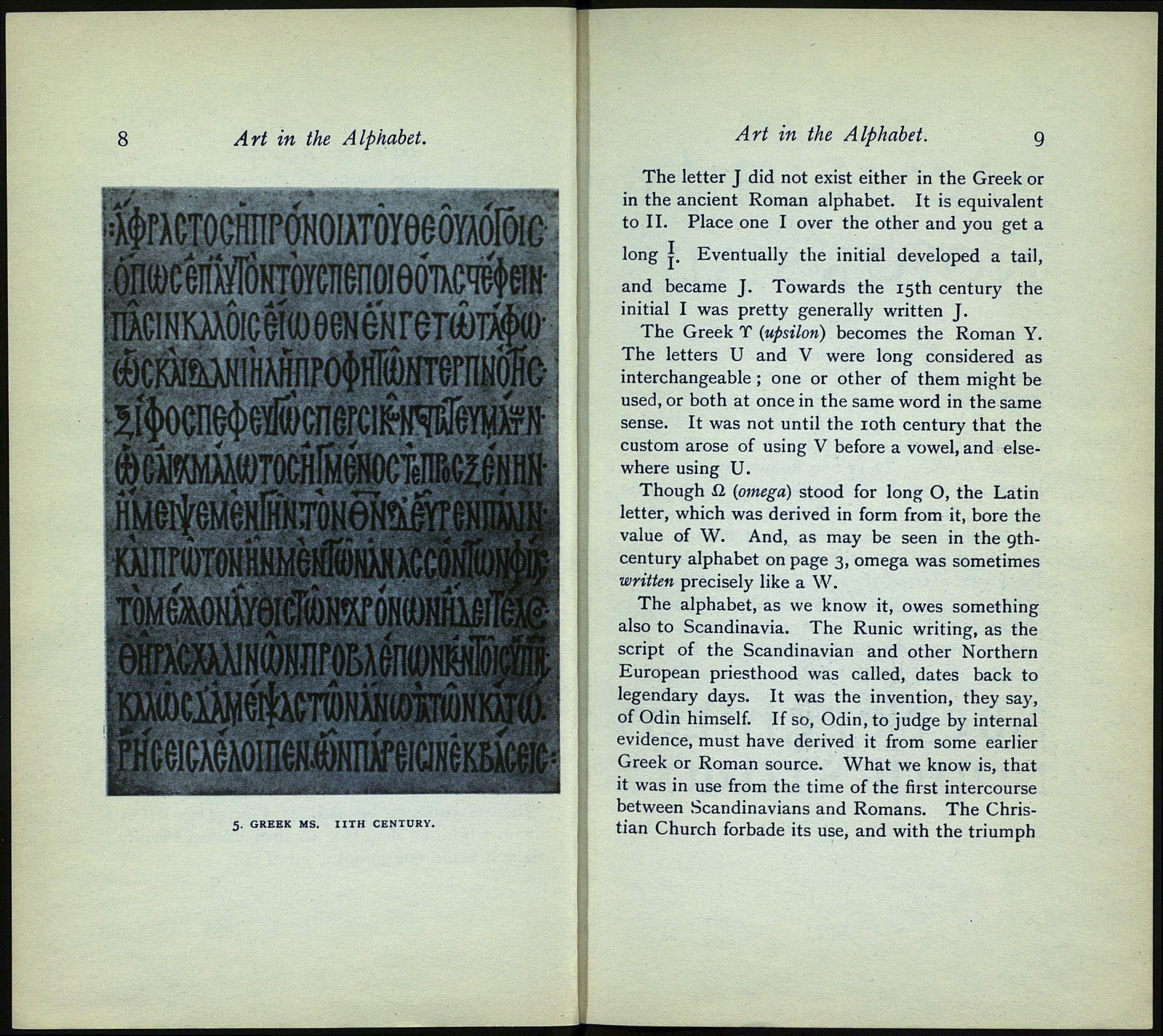 Art in the Alphabet. g

The letter J did not exist either in the Greek or
in the ancient Roman alphabet. It is equivalent
to II. Place one I over the other and you get a

and became J. Towards the 15th century the
initial I was pretty generally written J.

The Greek T {upsilon) becomes the Roman Y.
The letters U and V were long considered as
interchangeable ; one or other of them might be
used, or both at once in the same word in the same
sense. It was not until the 10th century that the
custom arose of using V before a vowel, and else¬
where using U.

Though Í2 {omega) stood for long O, the Latin
letter, which was derived in form from it, bore the
value of W. And, as may be seen in the 9th-
century alphabet on page 3, omega was sometimes
written precisely like a W.

The alphabet, as we know it, owes something
also to Scandinavia. The Runic writing, as the
script of the Scandinavian and other Northern
European priesthood was called, dates back to
legendary days. It was the invention, they say,
of Odin himself. If so, Odin, to judge by internal
evidence, must have derived it from some earlier
Greek or Roman source. What we know is, that
it was in use from the time of the first intercourse
between Scandinavians and Romans. The Chris¬
tian Church forbade its use, and with the triumph