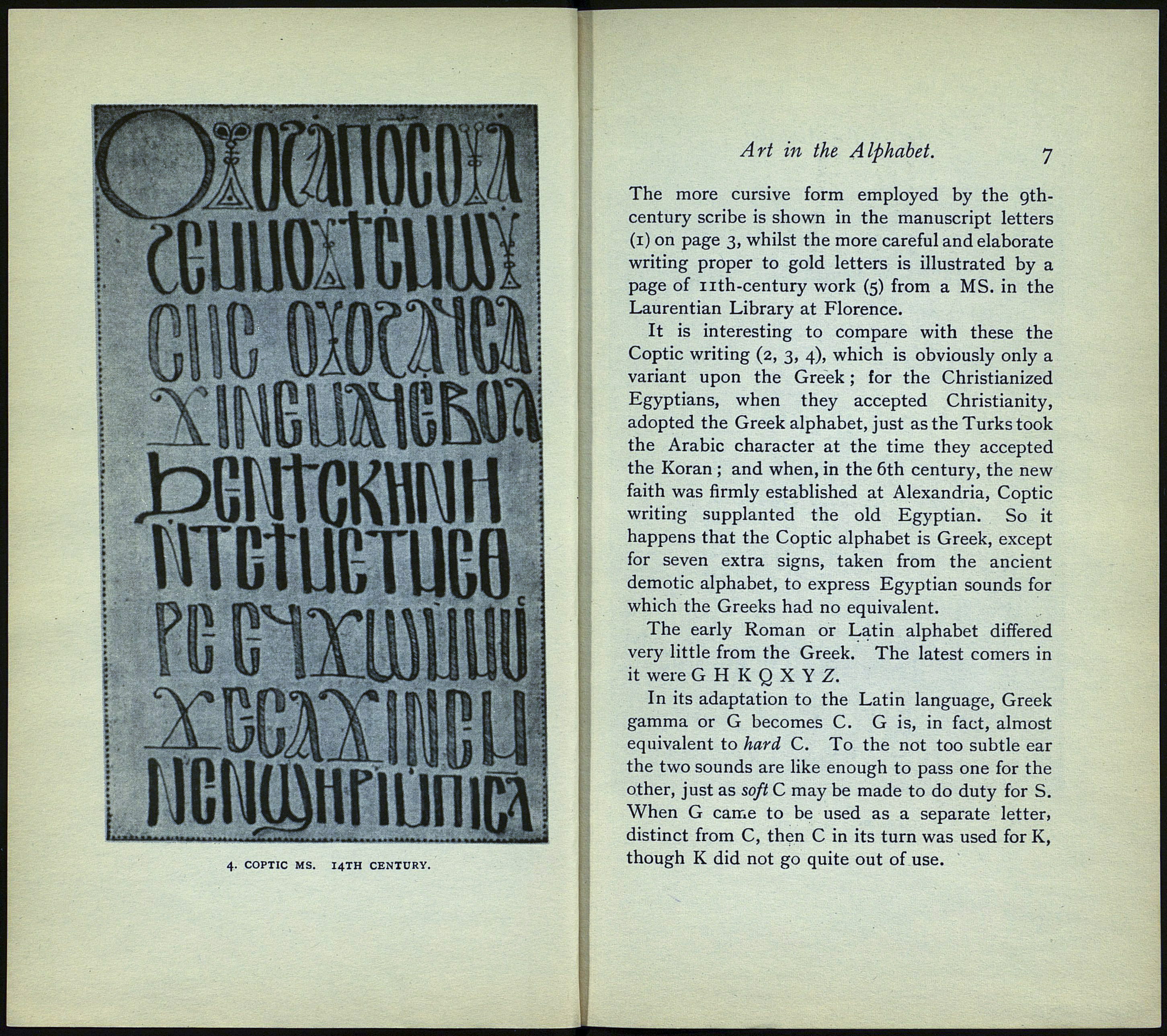 The more cursive form employed by the gth-
century scribe is shown in the manuscript letters
(i) on page 3, whilst the more careful and elaborate
writing proper to gold letters is illustrated by a
page of nth-century work (5) from a MS. in the
Laurentian Library at Florence.

It is interesting to compare with these the
Coptic writing (2, 3, 4), which is obviously only a
variant upon the Greek ; for the Christianized
Egyptians, when they accepted Christianity,
adopted the Greek alphabet, just as the Turks took
the Arabic character at the time they accepted
the Koran ; and when, in the 6th century, the new
faith was firmly established at Alexandria, Coptic
writing supplanted the old Egyptian. So it
happens that the Coptic alphabet is Greek, except
for seven extra signs, taken from the ancient
demotic alphabet, to express Egyptian sounds for
which the Greeks had no equivalent.

The early Roman or Latin alphabet differed
very little from the Greek. The latest comers in
it were GHKQXYZ.

In its adaptation to the Latin language, Greek
gamma or G becomes C. G is, in fact, almost
equivalent to hard C. To the not too subtle ear
the two sounds are like enough to pass one for the
other, just as soft С may be made to do duty for S.
When G came to be used as a separate letter,
distinct from C, then С in its turn was used for K,
though К did not go quite out of use.