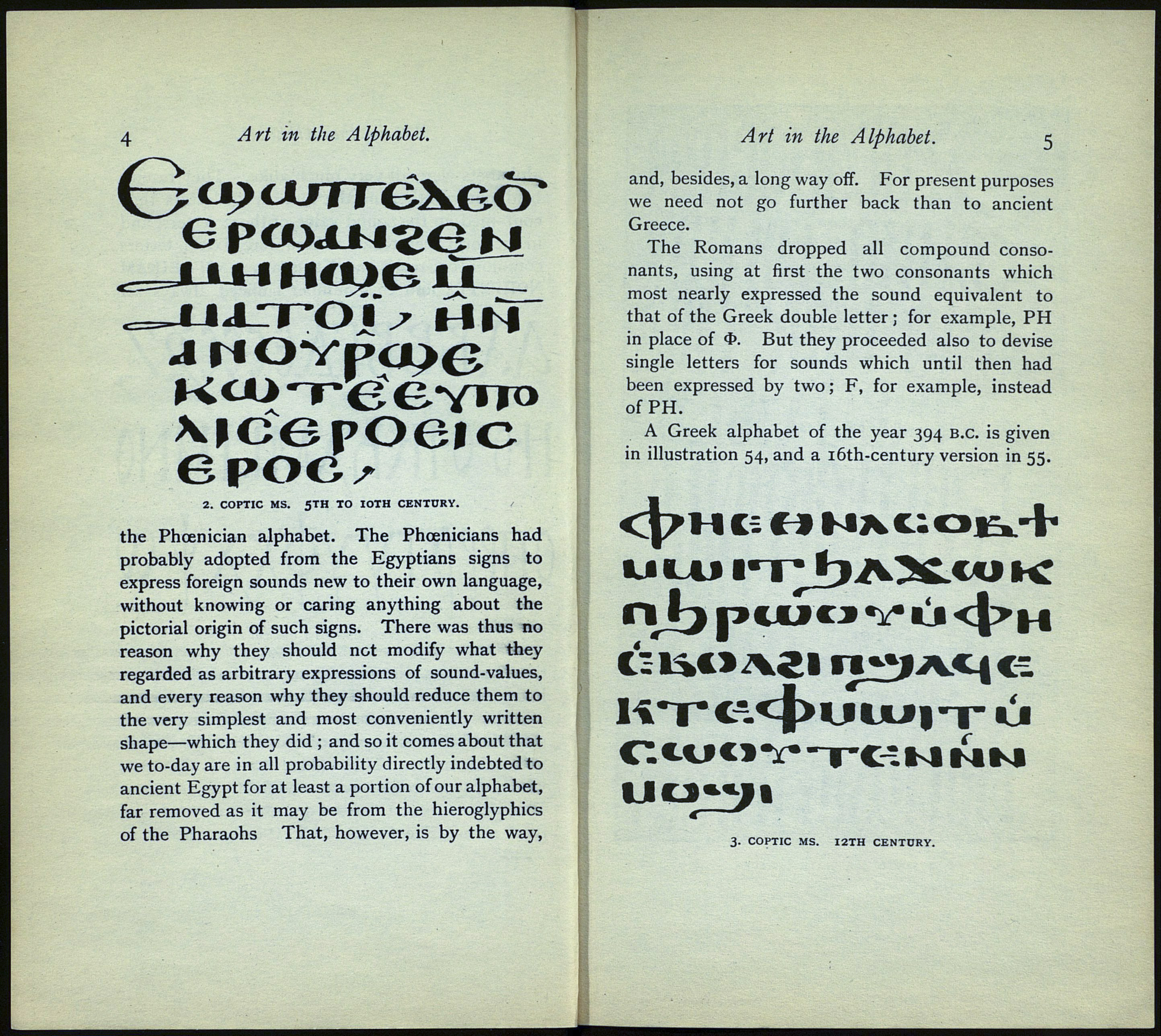 4 Art in the Alphabet.

the Phoenician alphabet. The Phoenicians had
probably adopted from the Egyptians signs to
express foreign sounds new to their own language,
without knowing or caring anything about the
pictorial origin of such signs. There was thus no
reason why they should not modify what they
regarded as arbitrary expressions of sound-values,
and every reason why they should reduce them to
the very simplest and most conveniently written
shape—which they did ; and so it comes about that
we to-day are in all probability directly indebted to
ancient Egypt for at least a portion of our alphabet,
far removed as it may be from the hieroglyphics
of the Pharaohs That, however, is by the way,

and, besides, a long way off. For present purposes
we need not go further back than to ancient
Greece.

The Romans dropped all compound conso¬
nants, using at first the two consonants which
most nearly expressed the sound equivalent to
that of the Greek double letter ; for example, PH
in place of Ф. But they proceeded also to devise
single letters for sounds which until then had
been expressed by two; F, for example, instead
of PH.