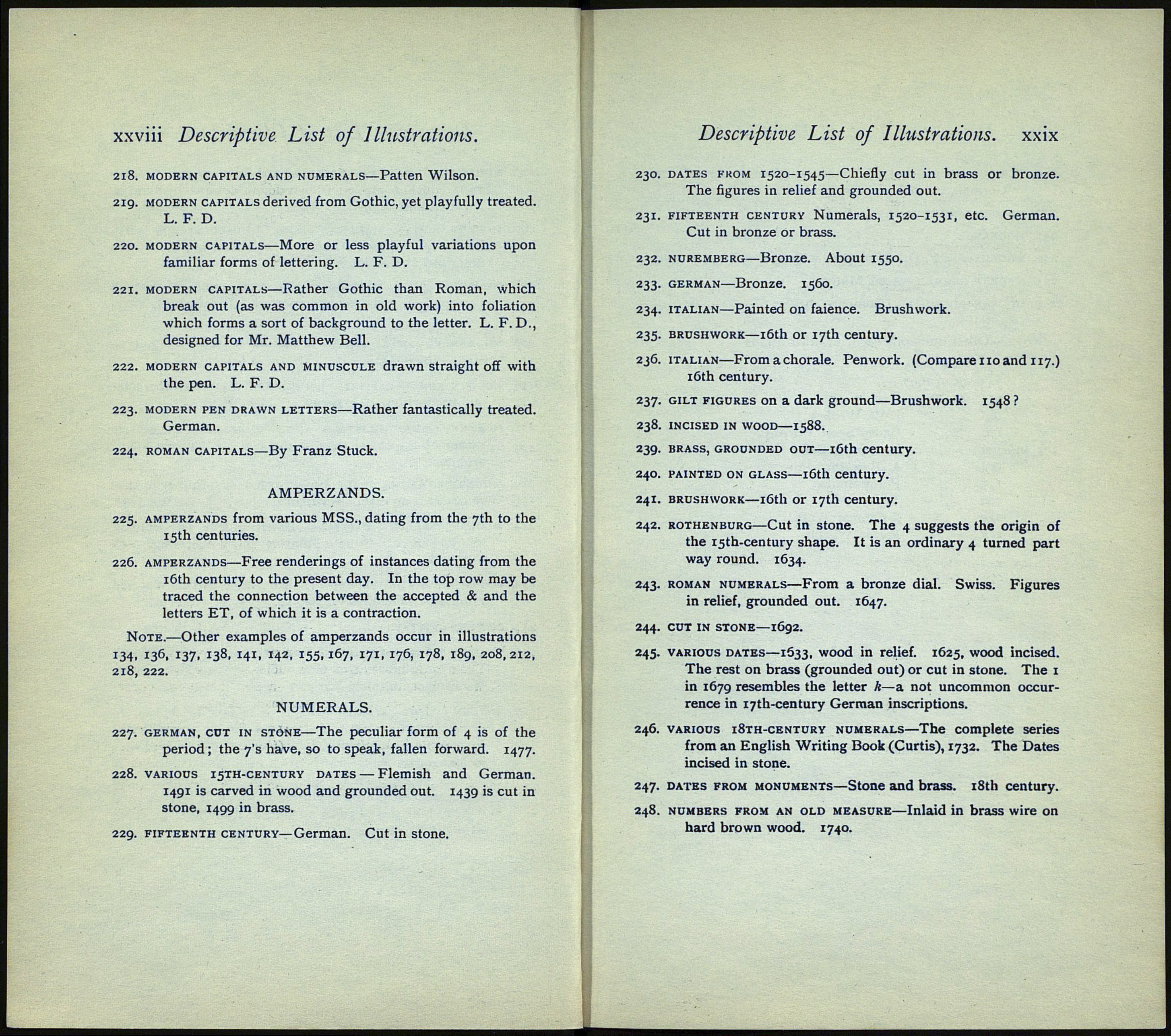 221. modern capitals—Rather Gothic than Roman, which

break out (as was common in old work) into foliation
which forms a sort of background to the letter. L. F. D.,
designed for Mr. Matthew Bell.

222. modern capitals and minuscule drawn straight off with

225. amperzands from various MSS., dating from the 7th to the

226. amperzands—Free renderings of instances dating from the

16th century to the present day. In the top row may be
traced the connection between the accepted & and the
letters ET, of which it is a contraction.

The figures in relief and grounded out.

Cut in bronze or brass.

242. Rothenburg—Cut in stone. The 4 suggests the origin of

The rest on brass (grounded out) or cut in stone. The 1
in 1679 resembles the letter A—a not uncommon occur¬
rence in 17th-century German inscriptions.

from an English Writing Book (Curtis), 1732. The Dates
incised in stone.

248. numbers from an old measure—Inlaid in brass wire on