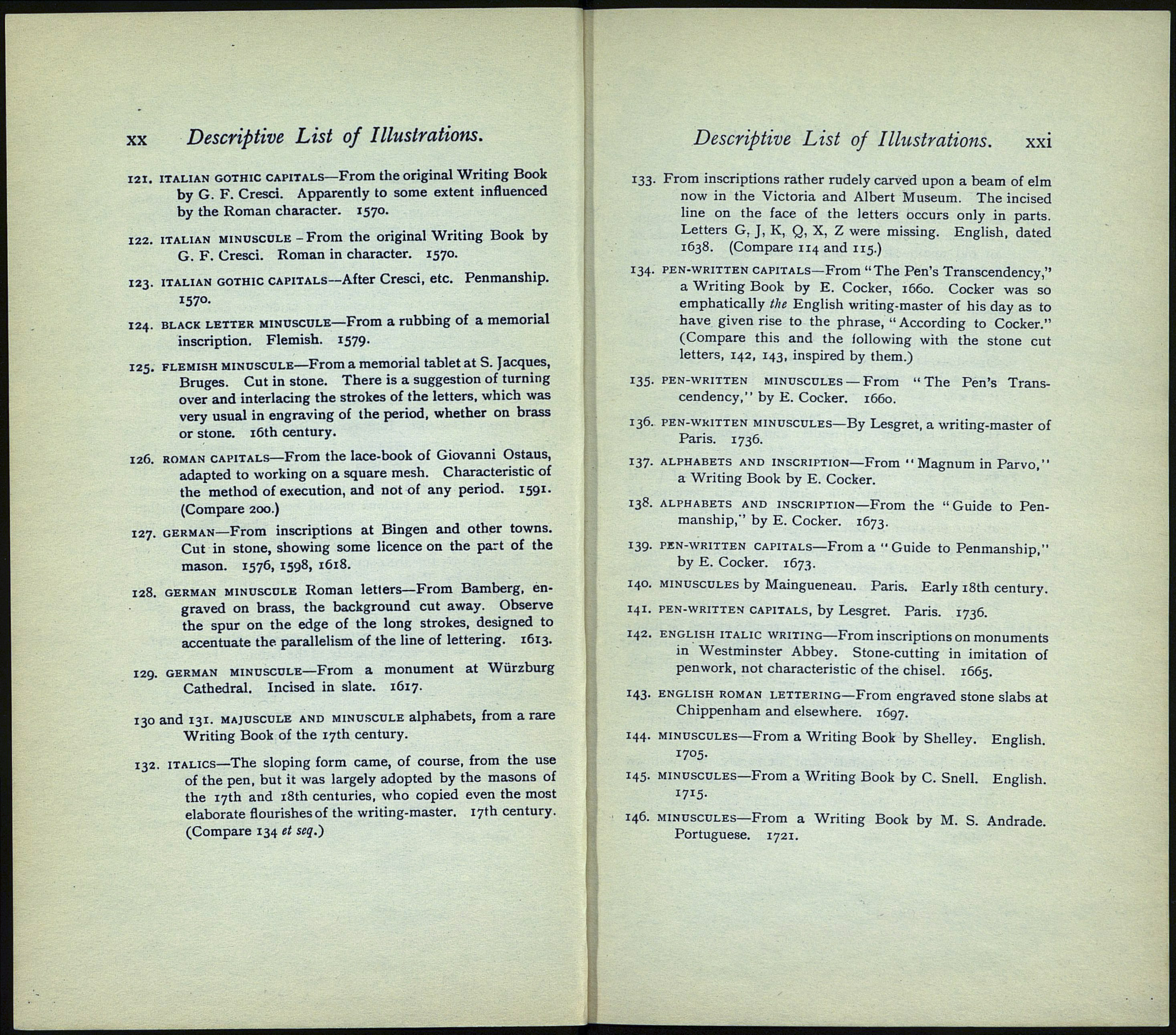 by G. F. Cresci. Apparently to some extent influenced
by the Roman character. 1570.

122. Italian minuscule - From the original Writing Book by

124. black letter minuscole—From a rubbing of a memorial

Bruges. Cut in stone. There is a suggestion of turning
over and interlacing the strokes of the letters, which was
very usual in engraving of the period, whether on brass
or stone. 16th century.

adapted to working on a square mesh. Characteristic of
the method of execution, and not of any period. 1591.
(Compare 200.)

127. german—From inscriptions at Bingen and other towns.

graved on brass, the background cut away. Observe
the spur on the edge of the long strokes, designed to
accentuate the parallelism of the line of lettering. 1613.

129. German minuscule—From a monument at Würzburg

130 and 131. majuscule and minuscule alphabets, from a rare
Writing Book of the 17th century.

132. italics—The sloping form came, of course, from the use
of the pen, but it was largely adopted by the masons of
the 17th and 18th centuries, who copied even the most
elaborate flourishes of the writing-master. 17th century.
(Compare 134 et sí?.)

133. From inscriptions rather rudely carved upon a beam of elm

a Writing Book by E. Cocker, 1660. Cocker was so
emphatically the English writing-master of his day as to
have given rise to the phrase, " According to Cocker."
(Compare this and the following with the stone cut
letters, 142, 143, inspired by them.)

137. alphabets and inscription—From "Magnum in Parvo,"

a Writing Book by E. Cocker.

in Westminster Abbey. Stone-cutting in imitation of
penwork, not characteristic of the chisel. 1665.