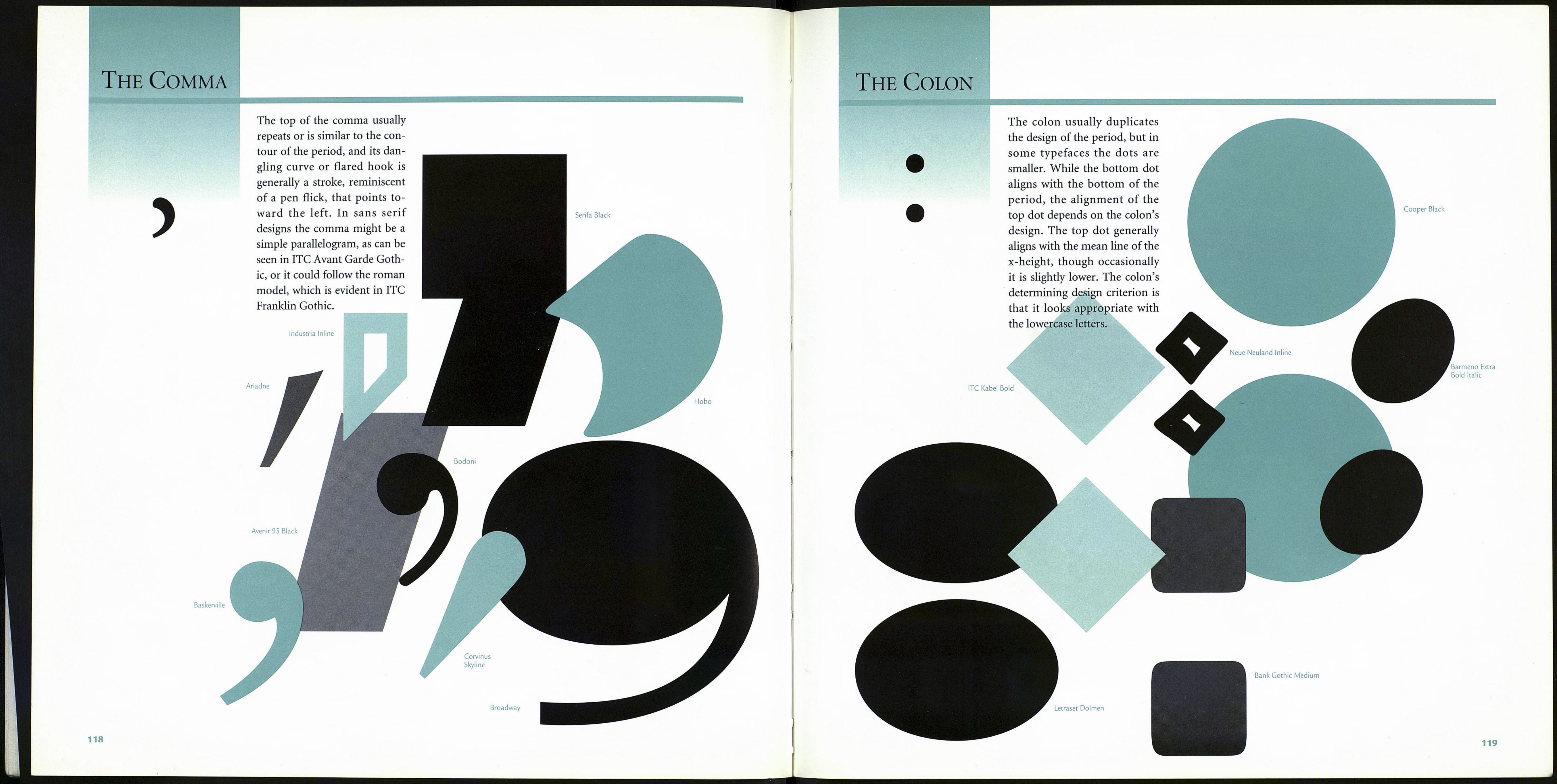 Lord Timothy Dexter wasn’t really an aris¬
tocrat, but he was a shrewd businessman.
He made a fortune by reclaiming at full
value depreciated Continental currency
that he had acquired during the Revolu¬
tionary War. As is evidenced by his inordi¬
nate affection for patrician titles, he was
more than a little eccentric.

Dexter was also a writer of sorts. His
best-known book is A Pickle for the Know¬
ing Ones, which is remarkable only for its
complete lack of punctuation. To its sec¬
ond edition Dexter added a page filled with
periods, commas, semicolons, and other
punctuation marks, so that readers could
“pepper and salt it as they please.” While it
may seem that Dexter’s disregard for prop¬
er punctuation was just another of his
idiosyncrasies, it is absolutely in keeping
with the heritage of our written language.

The earliest hieroglyphic and alphabetic
inscriptions had no such symbols—no
commas to indicate pauses, no periods
between sentences—in fact, there weren’t
even spaces between words. Even the early
Greek and Roman writers didn’t use any
form of punctuation. In later formal in¬
scriptions, word divisions were indicated
by a dot centered between words. Still later
(probably out of expediency), spaces began
to replace the dots. Gradually spaces be¬
tween words became more popular, and by
A.D. 600 the convention was quite com¬
mon. In some early medieval manuscripts,
the punctuation mark representing a full
stop at the end of a sentence—two vertical¬

ly aligned dots—looked just like our colon.
Subsequently one of the dots was dropped,
and the remaining dot served as a period,
colon, or comma, depending on whether it
was aligned with the top, middle, or base
of the lowercase letters.

When the English scholar Alcuin estab¬
lished a consistent writing style for all
scribes in the Holy Roman Empire in the
ninth century a.D., the principal result was
the Caroline minuscules, the forerunners
of our own lowercase letters. Another
important consequence of Alcuin’s system¬
atic approach to graphic communication
was the first attempt at standardizing the
marks and use of punctuation. Aldus
Manutius, the Renaissance typographer
and printer who was one of the first pub¬
lishers to revive the works of classical
Greek philosophers and who oversaw the
design of the first italic letters, more firmly
established Alcuin’s reforms through con¬
sistent usage. Manutius used a period to
indicate a full stop at the end of a sentence,
and a diagonal slash to represent a pause.

The basic form of the question mark,
which was once referred to as the “inter¬
rogative point,” was developed much later,
in sixteenth-century England. Most typo¬
graphic historians contend that the design
for the question mark was derived from an
abbreviation of the Latin word quaestio,
which simply means “what.” At first this
symbol consisted of a capital Q atop a low¬
ercase o. Over time this early logotype was
simplified to the mark we use today.

In the seventeenth and eighteenth cen¬
turies, quotation marks, the apostrophe,
the dash, and the exclamation point be¬
came part of the basic set of generally
accepted and consistently used punctuation
marks. The initial configuration of the
exclamation point (referred to as a “bang”
or a “screamer” by old-time printers),
which is also descended from a logotype for
a Latin word, io (“joy”), was a capital I set
over a lowercase o. Gradually, as with the
question mark, the design of the exclama¬
tion point was reduced to its present form.

Our repertoire of punctuation contin¬
ues to expand today. As recently as the
1960s, a new mark, the interrobang, a liga¬
ture of the exclamation point and question
mark, was suggested to punctuate sen¬
tences like, “You did what?!”

The type designer must keep in mind that
punctuation marks are an integral part of a
typeface design. They should not be treated
as separate pi characters or as standard
forms that can be thoughtlessly combined
with each and every type design. For in¬
stance, the question mark in ITC Anna
simply wouldn’t work with typefaces like
ITC Highlander or ITC New Baskerville,
and even the humble period from ITC
Tiepolo would look completely out of
place with a design like ITC Franklin
Gothic or ITC Fenice.

In a roman design, periods are
usually rounded forms, while
in sans serif faces they can be
round, square, or rectangular,
depending on the design and
proportions of the typeface. In
alphabets that reflect a calli¬
graphic influence, periods are
often diamond-shaped.

The weight of the period is a
critical design decision for two
reasons: first, because it estab¬
lishes the weight for many of the
other punctuation marks; sec¬
ond, because it must be heavy
enough to be easily noticed, but
not so massive that it is con¬
spicuous within a page of text.