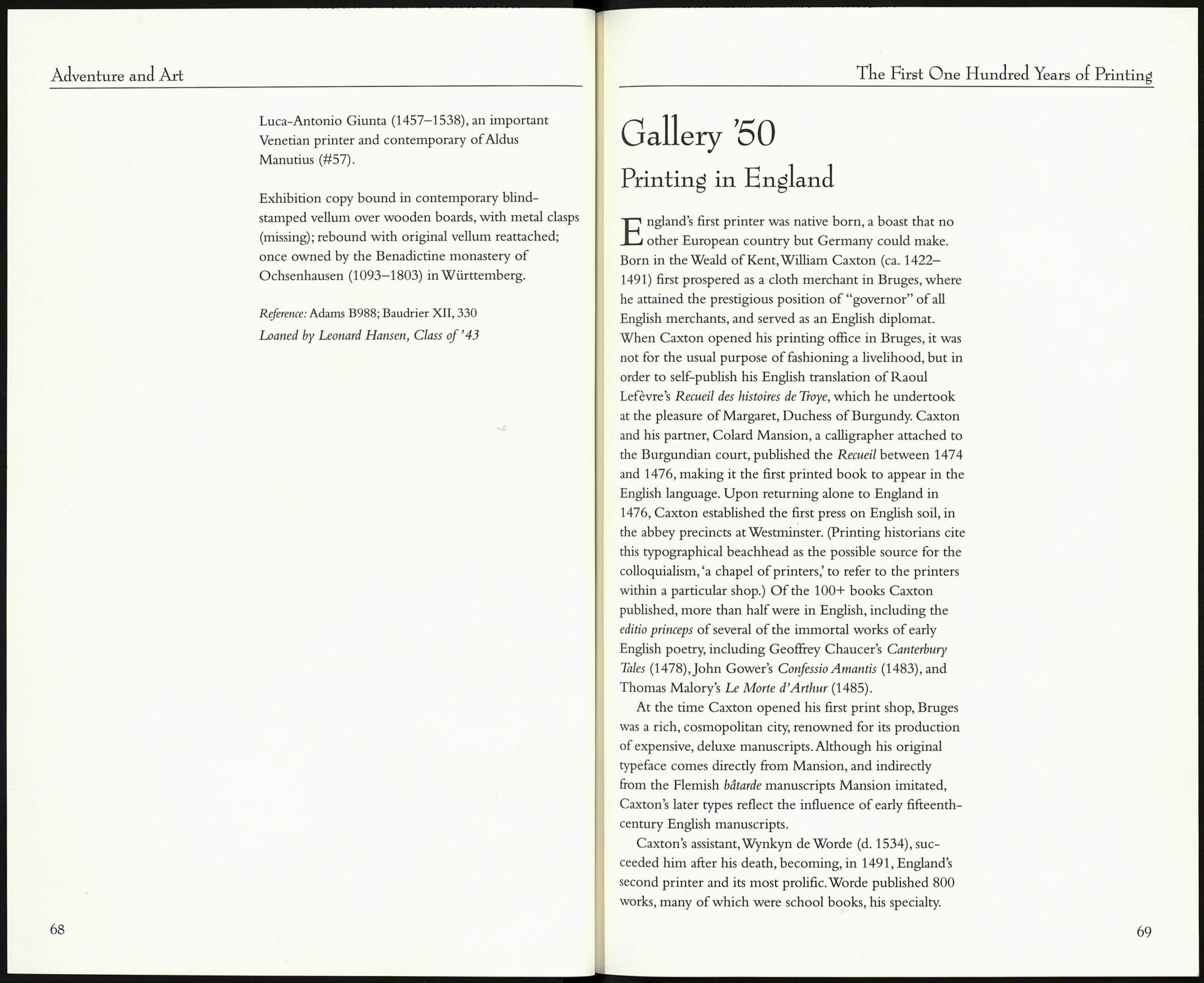 received that a pious Jesuit, indignant
at the licentiousness of this romance,
disgustedly declared that the trans¬
lation had been undertaken by the
advice of Luther, under the imme¬
diate inspiration of the devil (Rose,
p. viii—ix). More or less agreeing, the
first English translator observed that
the French version of the Amadis had,
in fact, been made "more copious and
wanton" (Thomas, 22).

The Rutgers copy is one of four
volumes consisting of twelve books
published 1541-1559; acquired for the
Libraries through a library gift fund
established by Charles H. Brower, '25,
and Mrs. Brower.

expósita [with commentaries of

Printed by Jacques Sacon (ca. 1472—
1530), who printed at Lyons from
about 1496 until 1530, this edition
of Vergil's Opera is distinguished by its
214 woodcuts, consisting of 10 for the
Eclogues, 39 for the Georgics, 143 for
the Aeneid, and 21 for the miscella¬
neous poems at the end. These were
originally printed in the 1502 Strass-
burg Vergil published by Johann
Grüninger, apparently under the guid¬
ance of the great humanist scholar

Sebastian Brant (1458-1521), author
of the Narrenschiff (#54). Grüninger,
whose chief claim to fame lies in his
publication of Martin Waldseemiiller's
World Map of 1507, the earliest surviv¬
ing map to include the word America,
is also known for having asserted that
woodcuts make a book "a valuable
thing" (Landau, 242). His inclination
to privilege beauty over accuracy or
utility typifies materialistic Strassburg
at the time, an environment that
proved conducive to the development
of printmaking (see #12).The remark¬
ably dense, allegorical designs in the
Works characterize the rich narrative
expressiveness of Italianate Classicism.

Jaques Sacon of Lyons (see also #43)
issued Anton Koburger's Vulgate
Bible in several successive editions,
beginning in 1511. While Albrecht
Diirer's associate Hans Springinklee
(1495P-1540?), created some of the
illustrations, and Erhard Schön
(d.l542?), another prominent Nurem-
burg artist, cut many of the illustra¬
tions for the Old Testament, many
others were reengraved from various
sources, including Bibles printed for

First One Hundred Years of Printing