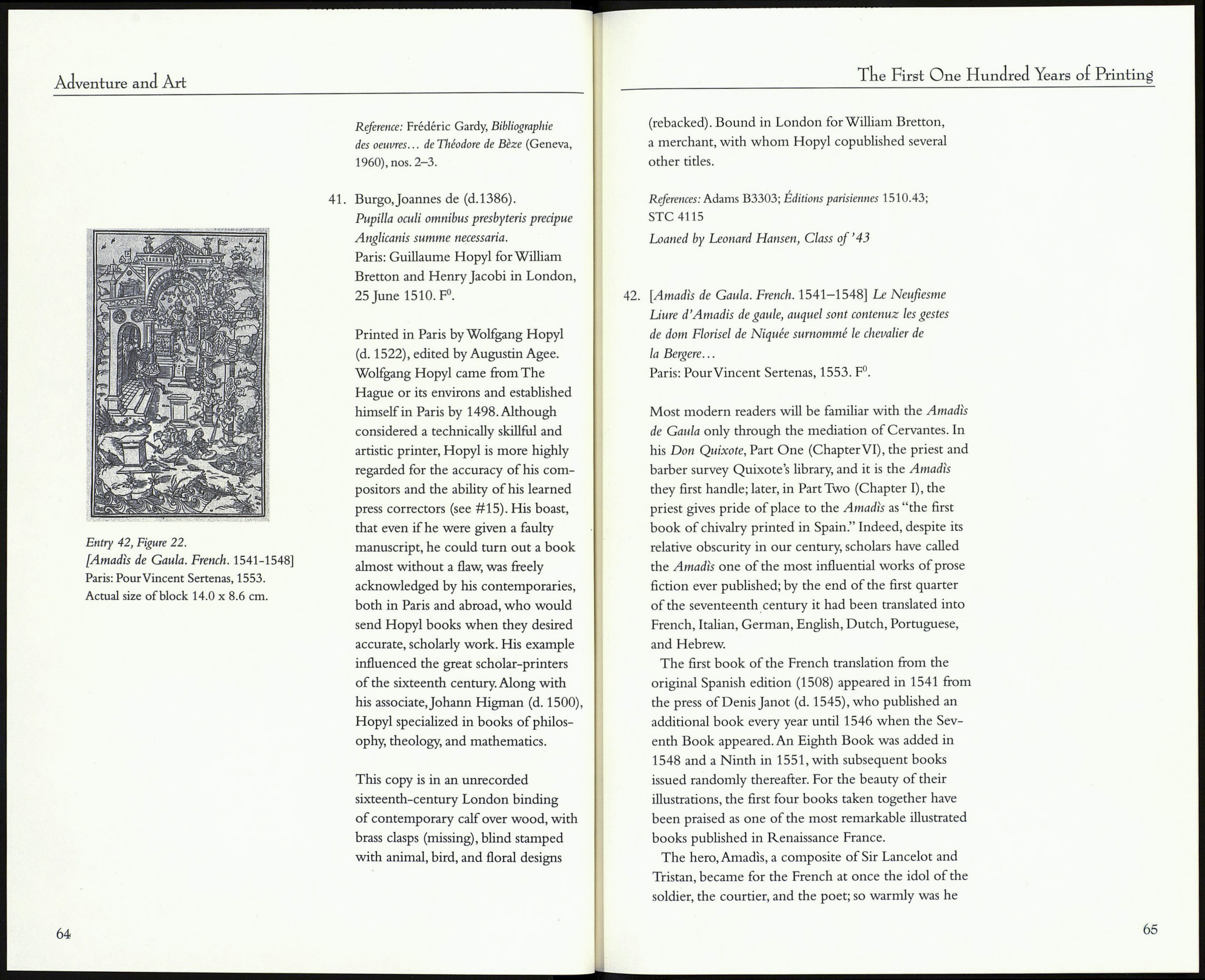 Marat, who had no Hebrew, is likely
to have based his poems upon French
and Latin translations made available
to him.
Jean Crespin, the presumed printer,
was born in Arras. In contrast to the
many printers and punch-cutters who
turned their talents as goldsmiths or
calligraphers to the related tasks of
casting or designing types, Crespin's
career as a printer disjointedly fol¬
lowed upon a successful Parisian law
practice, which religious persecution
abbreviated. After embracing the
reformed religion, in 1545 Crespin
was compelled to flee Paris, ultimately
landing in Geneva. On his flight he
was accompanied by the scholar,
Théodore de Bèze (#40), who later
became the intimate of Jean Calvin
(1509—1564).Turning printer in about
1551, Crespin published classical liter¬
ature and books written in support of
Calvinism. During his twenty-year
career, he established a reputation both
for the beauty and accuracy of his
books and as a versatile man of letters.

The Rutgers copy is elegantly bound
by the French binder Francisque
Cuzin (1836-1890), in red morocco
leather, with gilt tooling on boards,
spine, board-edges and turn-ins; head¬
bands with blue ribbon marker, marble
endpapers and gauffered text edges;
it was owned by Edouard Rahir
(1862-1924), the French bibliophile,
author, and art historian.

Born in Normandy in about 1467, the poet Jean
Marot secured a position in the court of Anne
Bretagne, the wife of Louis XII, and, after her death,
remained to serve Francis I (then Duke Angoulême)
as valet de chambre. It is probable Marot served Louis as
scribe, secretary, and reader, as well (Joseph, [1]). Place
of publications and publisher unknown; attributions
based on Johns (see Bibliothèque d'Humainisme et
Renaissance (tome 1,1988, p. 87-93).

This copy of Bèze's poems is probably a second edi¬
tion, issued in Paris shortly after the first edition of
1548.The title page, with its foreboding woodcut and
legend, Maligna Loquuntur Super Me Mittentur In Inferi¬
ora Terre (Who speaks ill of me, may he be pitched into
hell), crackles with the religious conflicts of the age.
With the lone exception of Jean Calvin, Théodore
de Bèze was sixteenth century Europe's most ardent
proponent of Calvinism, to which he converted upon
recovering from a debilitating illness. Predating his
conversion, however, his Juvenilia, a collection of
amorous verse, secured his reputation as a leading poet
of Latin.