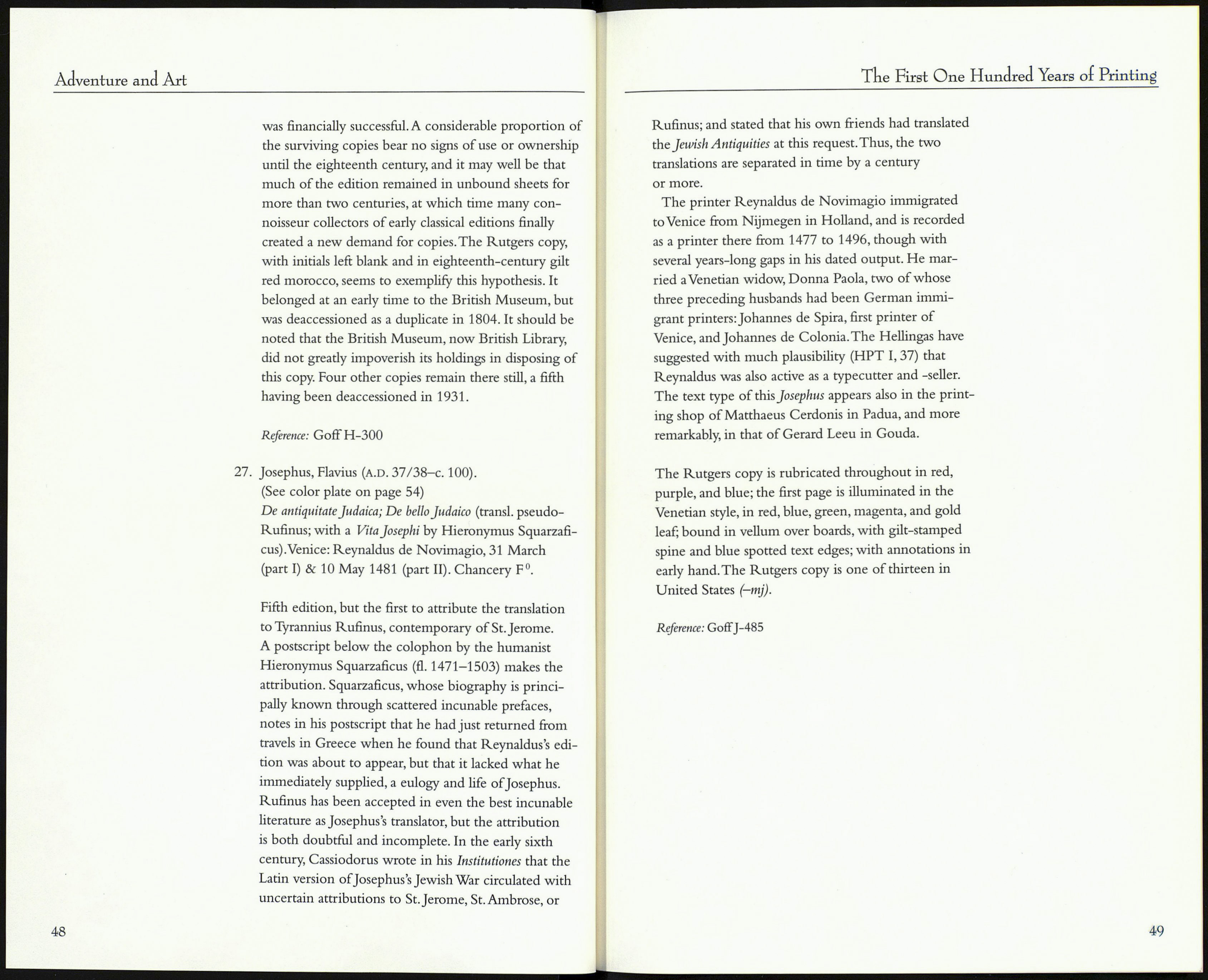 Celsi Maffei was a member of a prom¬
inent family of Verona, a number of
whose members rose to significant
positions within the Italian church. He
was the prior of the Augustinian house
of San Giovanni Battista inVerdara,
outside Padua, and served repeatedly
as General of the reformed Lateran
Congregation of Augustinians. He
wrote a number of brief works pub¬
lished in his lifetime, including a
defense of the dignity of the Canons
Regular against that of the monastic
orders. This is the latest of four incun¬
able editions of Maffei's brief tract (in
his colophon he called it a Scrutatori-
olum, or "little examination book") on
hearing confessions from cardinals and
other prelates of the church.

A dozen copies of this edition are
recorded in Italian libraries, including
three in Verona, but the Rutgers copy
is the only one in America.

A figure of considerable learning, a
dedicated pedagogue and a person
of powerful intellectual energies,
Origenes, var., Origenis Adamantius,

of Alexandria (ca. 184—ca. 253), was the most impor¬
tant theologian and Biblical scholar of the early Greek
Church. However, colorful beliefs (his hypothesis of
the préexistence of souls, for example) severely
damaged his posthumous reputation. In Evangelium
Ioannis Explanationum, printed in Venice by Andrea
(£1.1549-1555) and Giacomo Spinelli (fi. 1551-1555),
in 1551, forms a part of the beginning of Origen's
immense commentary on St. John, written to refute
the commentary of the Gnostic followers of the
Egyptian, Valentinus.

The Rutgers copy from WR.H.Jeudwine, with
his ex libris.

FIRST EDITION. The editio princeps of Homer was the

most ambitious piece of Greek printing until Aldus

the Athenian-born humanist who taught Greek in

Damilas of Crete, is a recasting ofthat used for

the 1476 Milan edition of Constantine Lascaris,

was apparently added to the hitherto blank first

page more than a month after the edition proper

The Florentine Homer would have been a

printed on vellum. It is doubtful, however, that it