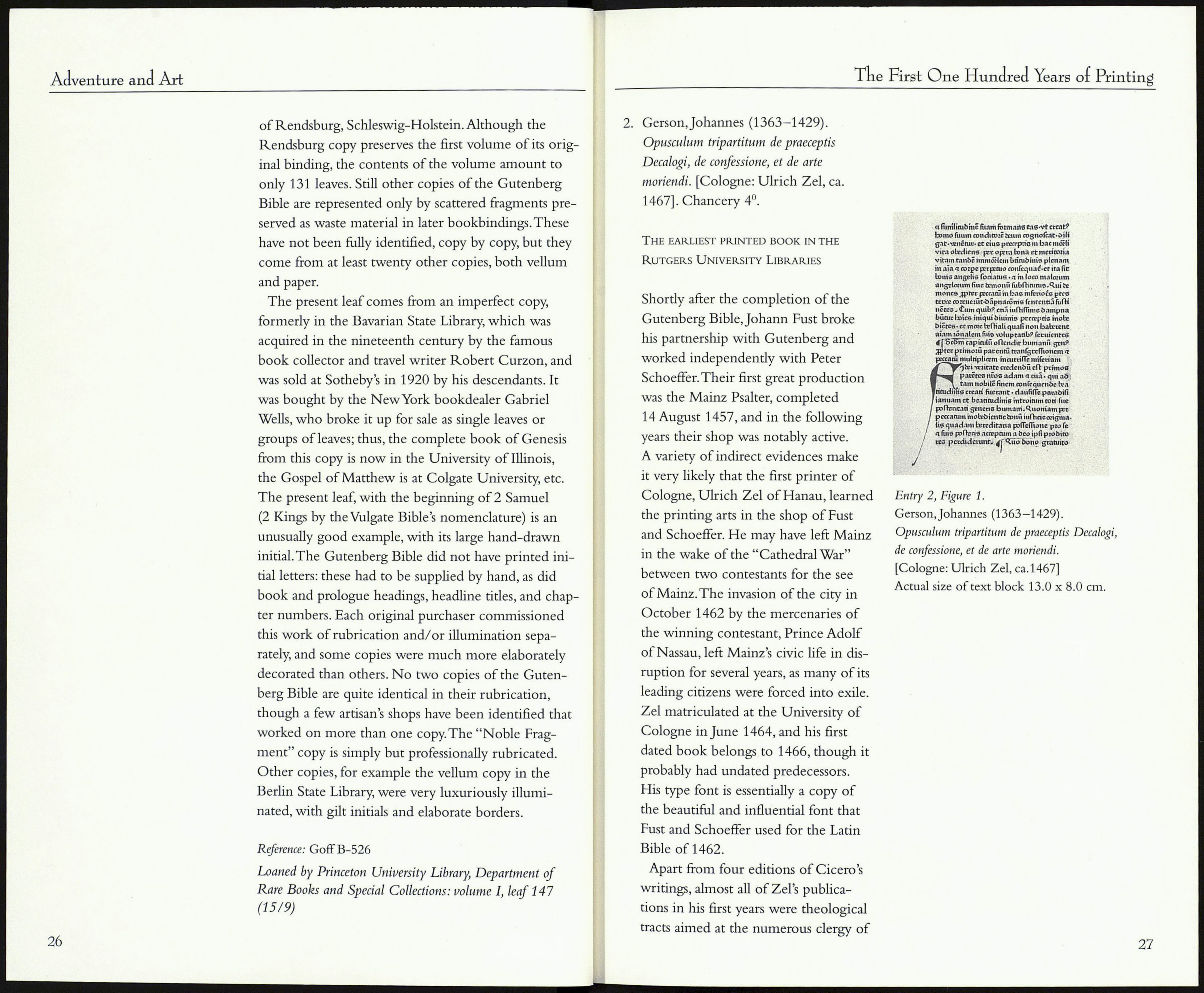 A single leaf of the Gutenberg Bible, the first major
work of European typography. We do not know the
close details of Gutenberg's invention of the process
of printing texts from multiple cast, reusable charac¬
ters, but it is very probable that by the early 1450s
in Mainz he was producing relatively brief books
printed by this technology—in particular, the widely
used Schoolbook of Latin grammar, the Ars minor of
Donatus. These earliest experiments survive only in
fragments. The much more ambitious project of pro¬
ducing a complete Latin Bible was undertaken with
heavy financial support from a Mainz goldsmith,
Johann Fust. The date of completion is not certain,
but we know that work was far advanced in October
1454, when the future Pope Pius II examined quires
of it in Frankfurt, and remarked on its high quality—
a judgment with which modern eyes entirely agree.
About 180 copies were produced, of which about 40
were on vellum and the remainder on paper. Many
copies were sold in the Mainz region, but others were
widely distributed in international trade, as far afield as
England and Sweden.

Today, about forty-eight integral copies survive, of
which some are textually complete with 641 leaves,
and others are defective, with losses ranging from a
missing leaf or two, to the fragmentary state of the
most recently discovered copy, in the church library