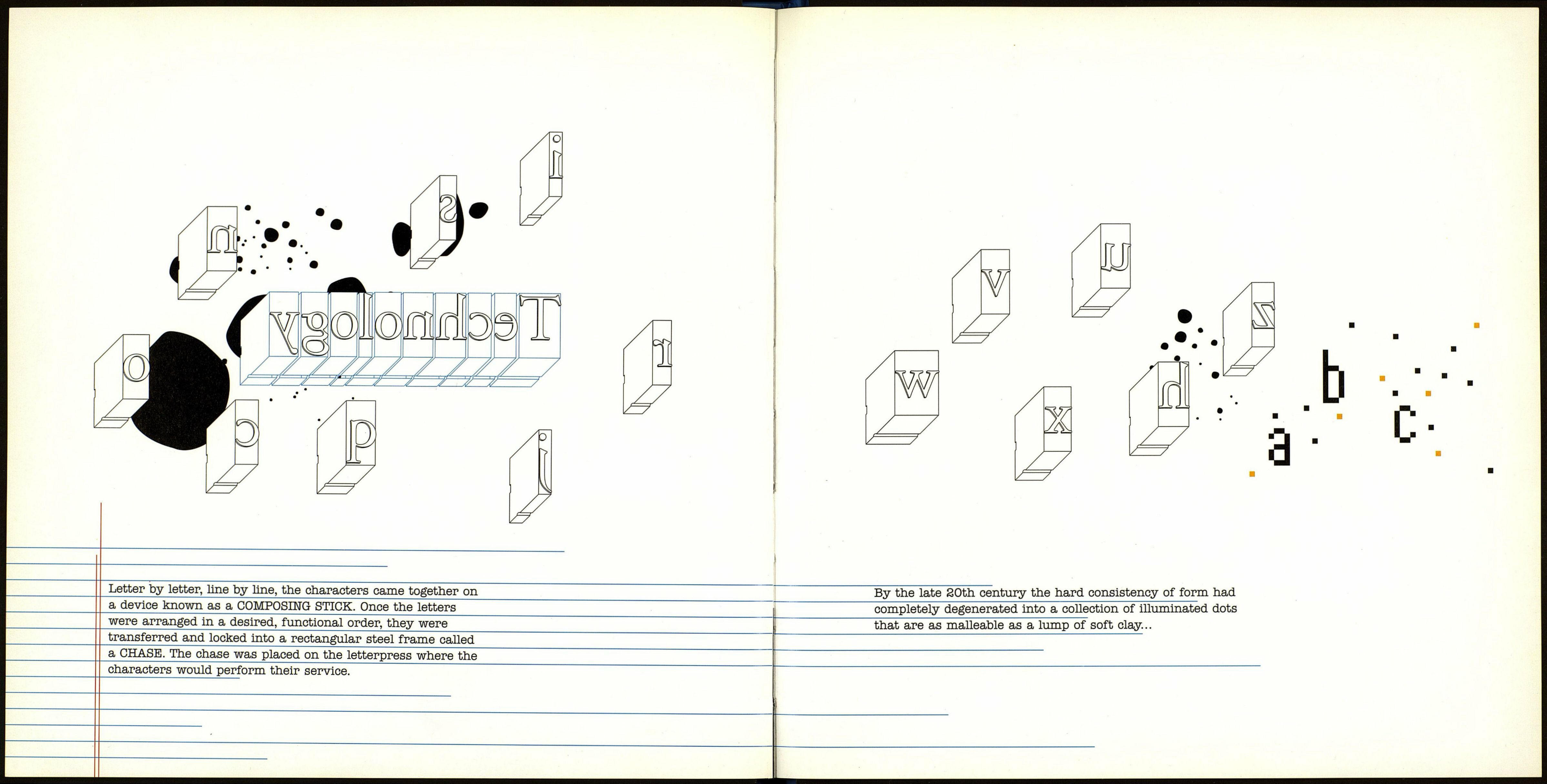 We manage to nab a к from the crowd for questioning. It is all
we can do to suppress our disgust at this form. Nevertheless,
we have a case to solve! A closer examination of this character
reveals features that call for a review of the third fundamental

Noticeable absence of serifs.
No variation in stroke thickness.

For centuries after Gutenherg, the typographic world was

made of strong characters carved from hard labor and acute
craft. Each face of type had an unalterable integrity, cast

timeless in a metal block that framed its domain. The

letterform once stood high and proud on its shank, waiting

for its call to service into the lines of other troops whose
universal goal was to press forth a clear message.

These characters were material representations of abstract

symbols such as letters, each with a specific style and size.

The physical structure of the cast metal, three-dimensional
block, including the character’s face, was known as a SORT.