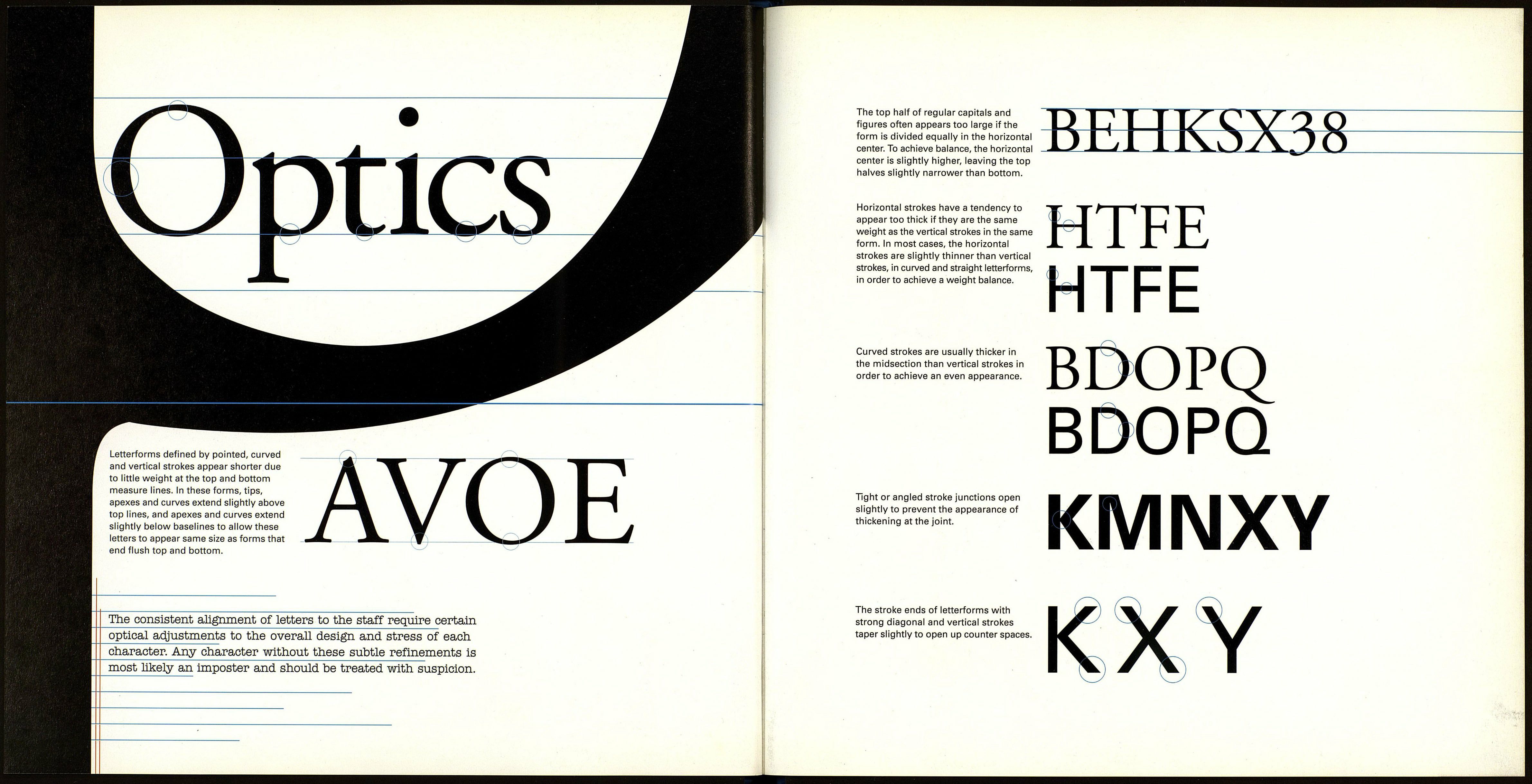 The variation of stroke width in a
letterform evolved from the use of the
broadnib pen in handwriting.

By definition, an axis is an imaginary
straight line that defines the center of a
body or geometric object, and is the
centris around which this object may
rotate.

The axis also serves as the line by which
an object is symmetrical on a flat plane.

The relationship of the thick to the thin
of a stroke is known as stress, or contrast,
and determines the axis of a letter. The
angle of the axis corresponds with the
thickest portion of the character's stroke,
which corresponds to the angle of the
writing instrument used to render the
entire form.

One can detect a character’s stress level by observing the
variation of thickness in its strokes. Some characters are
naturally more stressed than others, which makes it difficult
to assess guilt.

Our ее is suspiciously relaxed.

The axis of a character may be different
from its overall shape and slope.