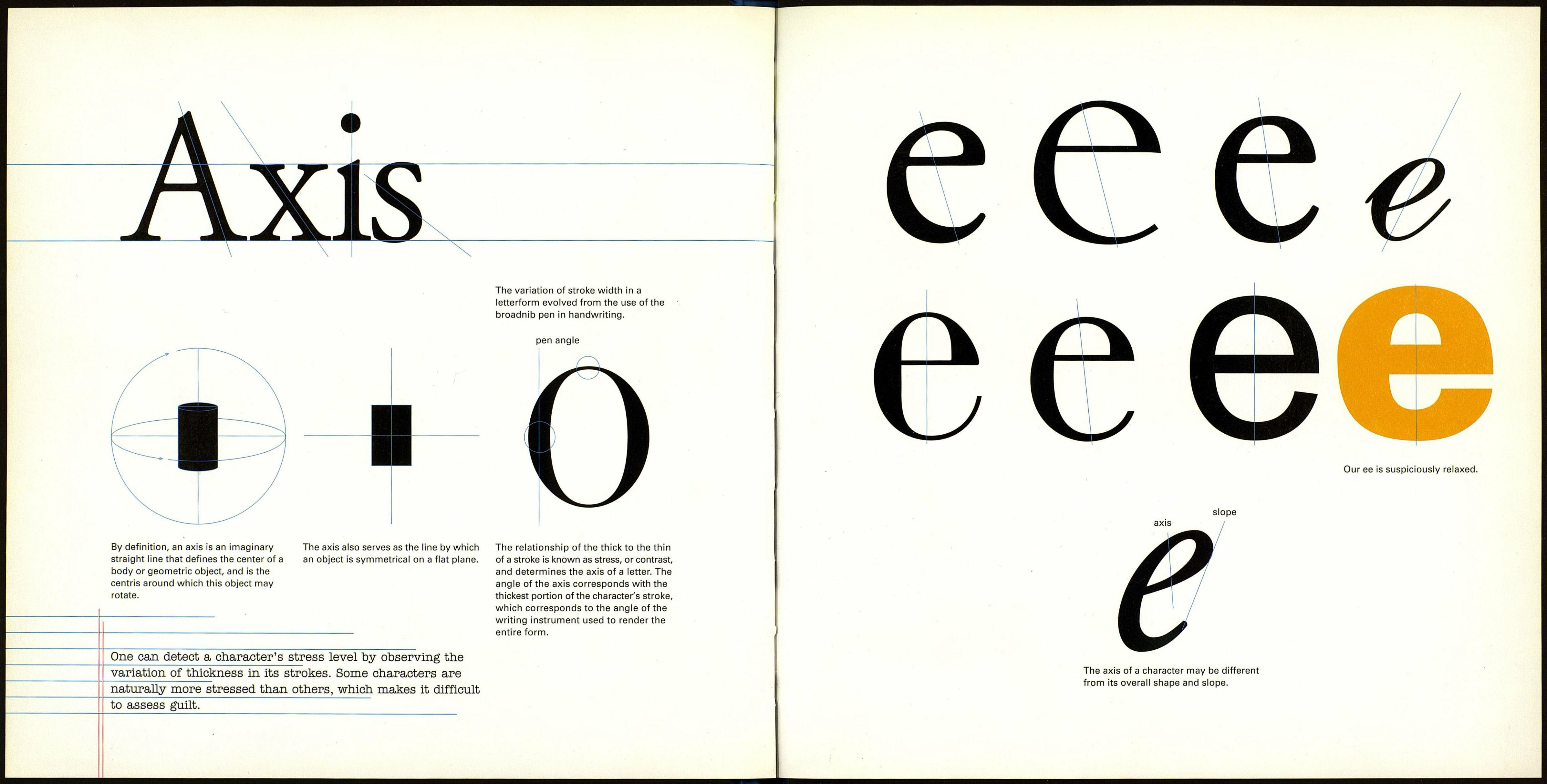 The angle of incline Is known as the
slope, or slant, and usually ranges
between 2° and 24° from vertical. A
slope of 10° to 12° is considered normal.

The lineup also allows a character’s posture to be evaluated.
Those types that slope to the right are most likely rmrning
from something and they tend to draw attention to
themselves. They should be watched closely.

The Roman-refined alphabet consisted
of vertically upright and stiff letters until
the 15th century. In 1498, A scholar and
printer named Aldus Manutius opened
a press in Venice to print Greek and Latin
texts in several languages including
Italian, French and Latin, but felt too
limited by the vertically-oriented letters
of the Roman alphabet.

The standard, upright, posture of a
character is known as roman because it
emerged from the alphabet refined by
the Romans.

In 1499, Aldus commissioned a
typefounder named Francesco Griffo to
create a typeface that resembled cursive
handwriting, in order to print letters
closer together and to fit more words on
a page. Griffo produced what became
the first italic letters.

Characters that slant to the right and are
different in structure from roman forms
are known as italic. The original italic
forms were developed to be distinct
from, yet complementary to, their roman
counterparts in the same typeface.

Characters that slant to the right but
resemble roman characters in structure
are known as oblique, or sloped roman,
or artificial italic. Typefaces that are not
blessed with an italic counterpart can
most likely be obliqued, giving them a
drunk-like appearance.