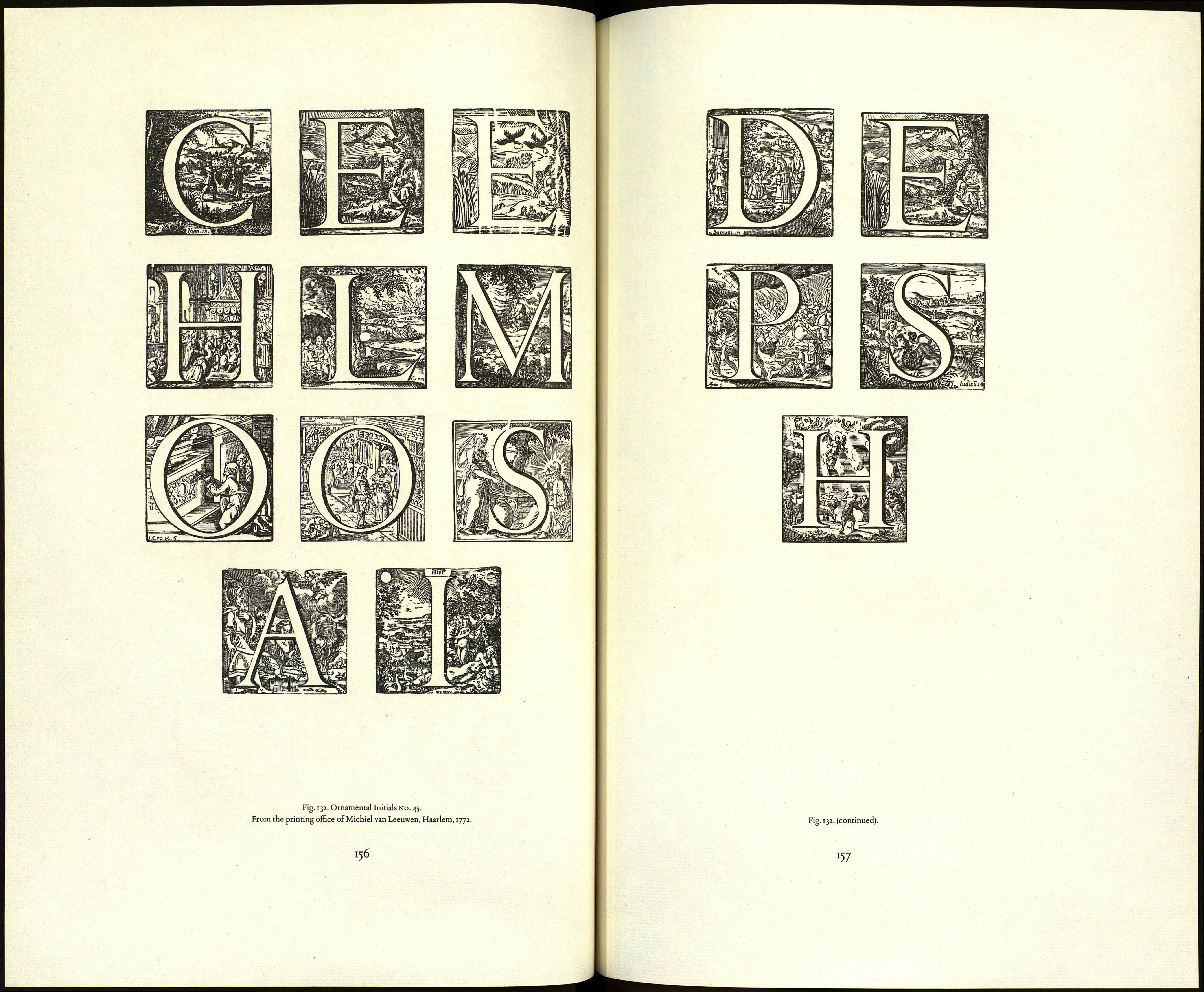 The succeeding figure shows designs of unknown provenance judged by their
style to be of the seventeenth century (fig. 133, pp. 158,159).

For completeness' sake I have added the vignettes surviving in our stock from
the seventeenth century.lt cannot be said that more than a very few are of much
value for their workmanship or their historical interest. In spite of that, and of their
poor condition, they are worth a glance as examples of an industry once carried
on successfully in the Netherlands.
Christof el van A much reputed artist was Christoffel van Sichern the younger, [born about

sichern theуоща ^g2 at Basle, living at Leyden 1602—06 and then at Amsterdam until his death in
1658].2 Many woodcuts are known to be his, especially illustrations for the Bible.
His little portrait of the worthy Cornelis Drebbel (fig. 135, p. 161) is masterly in its
kind, and we have preserved blocks by him for the months of the year (fig. 134,
pp. 160,161), which have the added interest of being designs by the great Dutch
painter Esayas van de Velde. He drew them [about 1602] at the age of 12.3

in 1665, whose career lasted until 1740.4 We have a good many of his little blocks
(figs. 136—140, pp. 162—170) and I suspect that several more which I have described
as by unknown hands are his too. Van der Vinne, who also kept a bookshop, was
friendly with my ancestor, Izaak Enschedé. Together they produced the books of
canticles for the Mennonite congregation in Haarlem. This artist went on cutting
woodblocks until he died; much of his work in our collection, therefore, belongs
strictly to the eighteenth century.

Fig. 131. Ornamental Initials, probably to be ascribed to Dirk de Bray.
From the printing office of Michiel van Leeuwen, Haarlem, 1772.