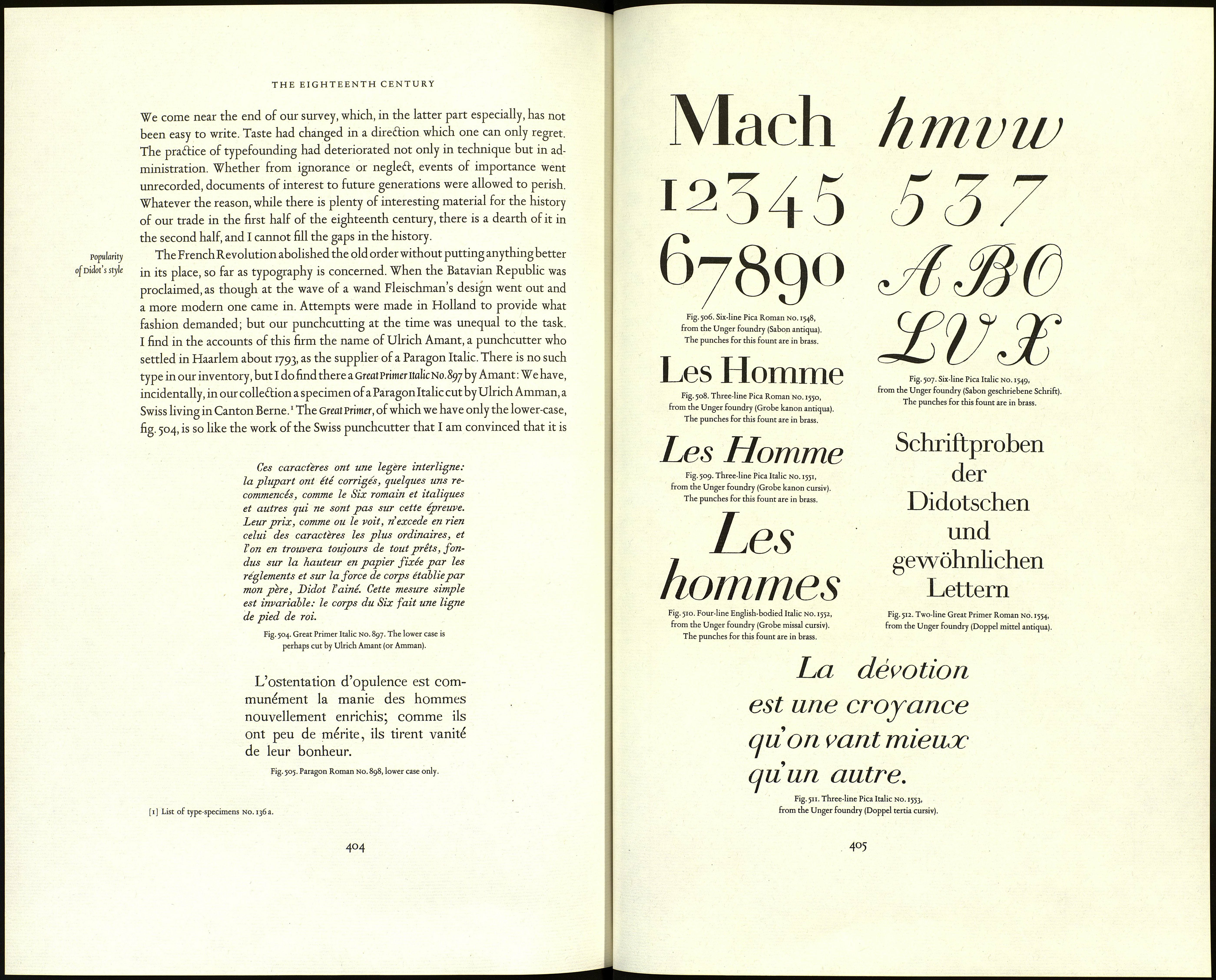 rfomiyn foundry I have referred more than once to a typefoundry in Amsterdam belonging to
Anthony and Hendrik Bruyn. I know nothing of its history, except that in 1766
the second partner bought the other's share for 1300 florins and thereafter con¬
ducted the business alone. At the end of the century or soon after it a little octavo
specimen-book1 was issued by Hendrik Bruyn & Co. at an address on the Rokin
near the Langebrug in Amsterdam. It shows that there had been few additions to
the stock of the foundry since Anthony and Hendrik Bruyn published a specimen-
sheet some fifty years before.2 Who succeeded Hendrik Bruyn in possession of the
matrices I cannot tell; but when our firm bought some of the stock of Elix & Co.,
typefounders of Amsterdam, who went out of business in 1847 after an existence
of nine years, all the material that had belonged to Bruyn came to us. I have no
means of knowing how much there was, but I know that it was in disorder, that
the older matrices had been neglected and many of the punches were rusty and
damaged. This sad state of affairs has been largely remedied, but the older types
derived from Bruyn have yet to be catalogued. Arrears like this are not to be
wondered at ; for the identification of hundreds of punches will tax even an adept,
and in a house like ours priority has to be given to current and future business,
so that it is hard to find time for sorting material of purely historical interest.
And if it were done, would the types prove to be good and complete enough to
be worth printing? It will be some time yet before the question can be answered
and my hopes, which are slender enough, be finally brought to nothing.

another broadsheet specimen by this firm of about the same nos. 103 and 109.

Fig. 502. Ornaments from the foundry of Hendrik Bruyn & Co. The originals were cut in brass.

Fig. 503. Ornaments from the foundry of Hendrik Bruyn & Co, cast from copper matrices.