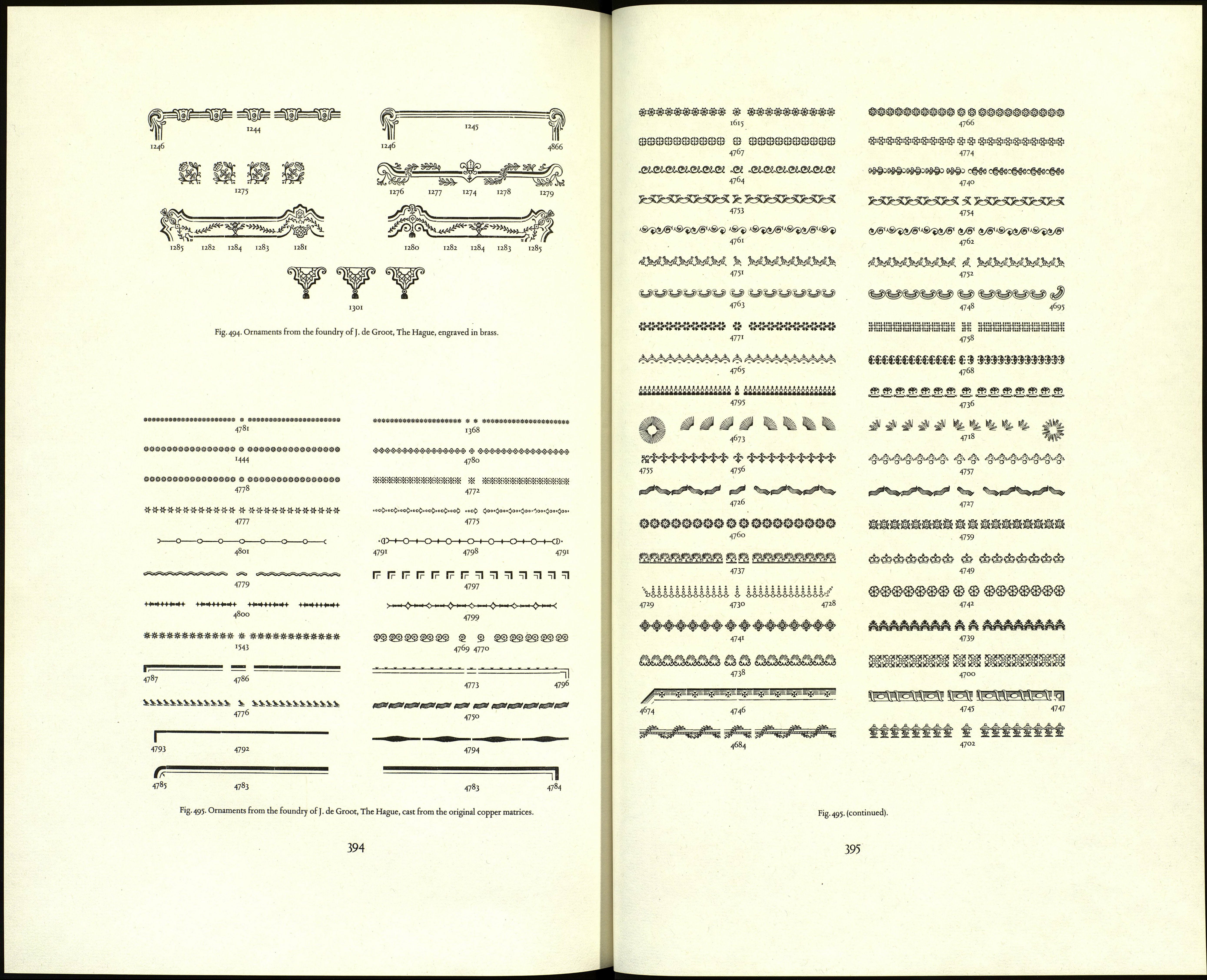 When we bought Harmsen's matrices in 1818, the Italics in French style soon
displaced those of Rosart in the affections of the owners of our foundry, who
thought,nevertheless,that the capitals were too massive; so they mated the new
lower-case alphabets with Rosart's capitals.

The scripts that De Groot had got from Rosart were supplemented in Harmsen's
time with a smaller one very much like those that Fleischman made for Ploos van
Amstel (see p. 242). Only the most minute examination reveals the difference. It
is unfortunate for me as a historian that the matrices for this script have not sur¬
vived, for they are a good example of the trouble that was taken to simulate the
work of the great punchcutter. But this very resemblance was reason enough for
their being discarded once they came into our possession.

On the other hand, the large initials provided by De Groot for his scripts were
quite unlike Rosart's. They are shown in fig. 491 as they were in De Groot's speci¬
men, cast on Two-line Pica, and with them are smaller initials, fig. 492, which were
first printed in Harmsen's specimen. Both of them are cut in brass.
The Harmsen That completes the tale of the types from De Groot's foundry which we still

foundry nave an¿ tne additions made to them by De Groot's successor. It remains to de¬
scribe six sets of ornamented capitals made at the very end of the eighteenth
century and bought by Harmsen. They are anything but beautiful, but they come
within our period and they are of interest as showing the retrogression of the

TYPEFOUNDING AT THE HAGUE: DE GROOT