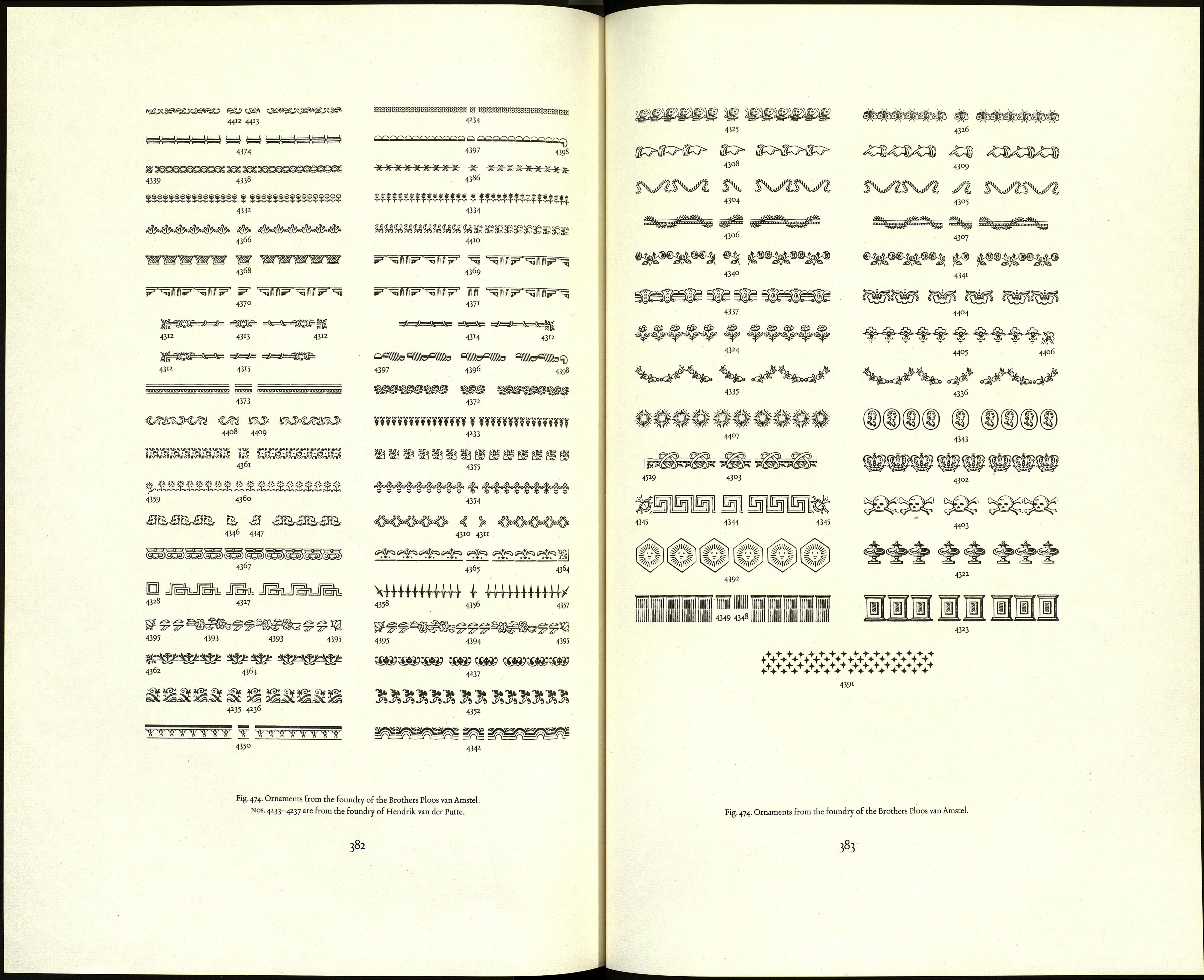 After the issue of the supplement to the specimen-book of 1768x there was a pause
in the acquisitive activity of our typefoundry. The Brothers Ploos van Amstel, for
their part, were not at all disposed to buy more matrices. In 1779 Adrianus Ploos
van Amstel withdrew from the partnership, and his brother, Jacob, having died,
the latter's widow sold the business on 31 July to G. J. van Rijswijck, who continued
it under the same style. From that time on, the firm bought very few matrices,
unless at the auction-sales that I have already mentioned. Accordingly, when the
stock of Ploos van Amstel was sold to Enschedé in 1799, he took possession of a
great many old an outdated types not lacking historical interest but of no value
in commerce.

Before I finish with the firm of Ploos van Amstel I must discuss two more of its
types: an Arabic on English body and a Great Primer Black Letter. I think it not
unlikely that the first of these, which appears in our Inventory as English-bodied Malay
No. 650, (fig. 475, p. 384), and as English-bodied Arabic No. 655, (fig. 476, p. 385), ought to
have been dealt with in the last chapter. The face of the type is enough indication
that the punches were made in the seventeenth century; but I have not had oc¬
casion until now to mention the type because I do not know its history before
its appearance in the specimen-book of Ploos van Amstel in 1767. That specimen-
book includes some new material bought at the sale of the foundry of Hendrik
van der Putte ; but I can find no grounds for thinking that this Arabic came from
there. Nevertheless, the punches as well as the design of the characters are sug¬
gestive of the seventeenth century.

I have had no better success in looking for the origin of the Black Letter. The
drawing of the characters and the appearance of the punches both point to a date
a good deal later than that of the Arabic. Comparison with the work of Matthias
Rosart disposes me to ascribe this Great Primer віасі No. 862 (fig. 473) to him; but
there are no means of verifying that opinion.

Fig. 473- Great Primer Black Letter no. 862,
from the foundry of the Brothers Ploos van Amstel.

Fig. 474. Ornaments from the foundry of the Brothers Ploos van Amstel.