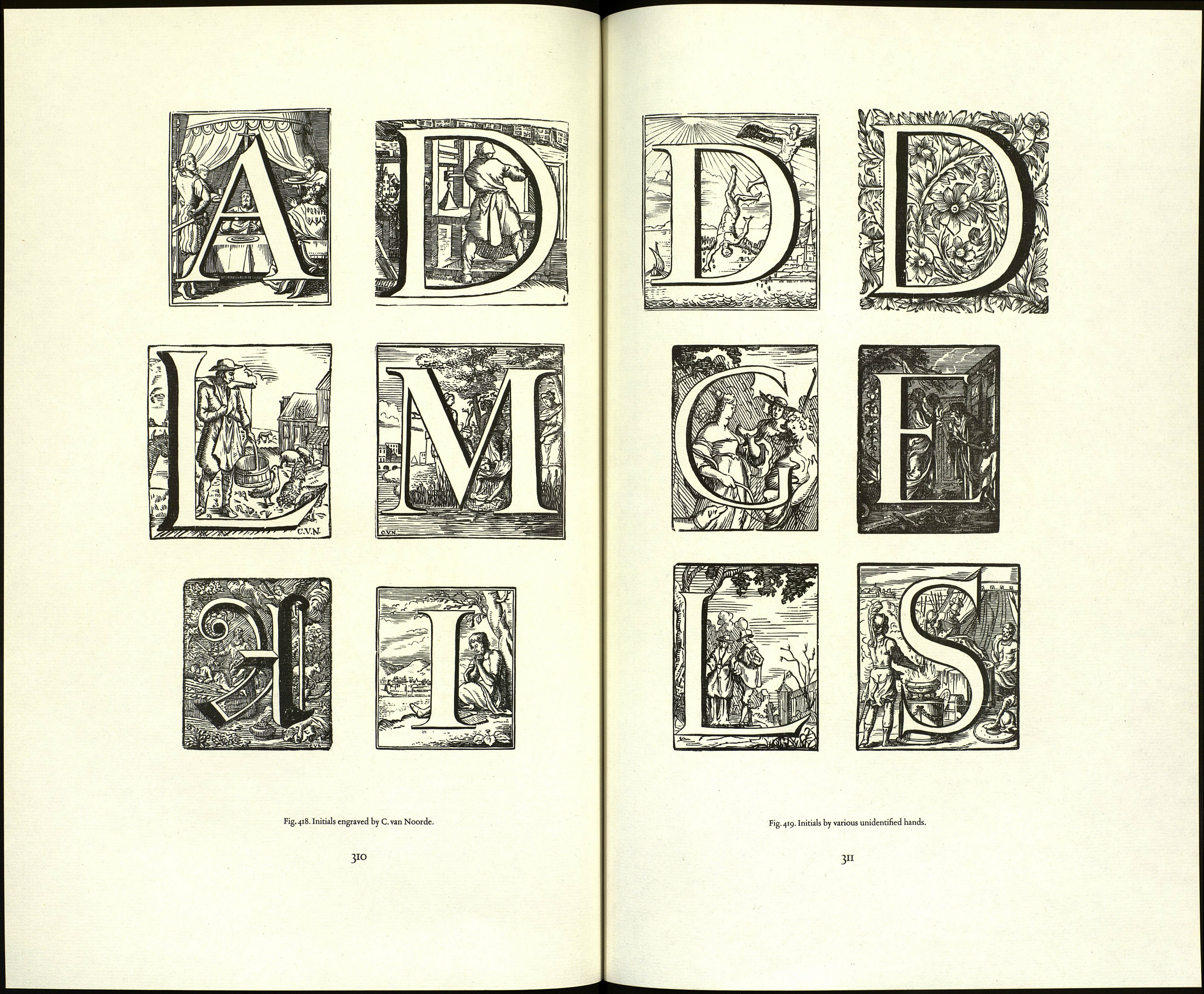 Johannes Enschedé had considerable skill as a woodcut artist,1 and if initials
or tailpieces were wanted for an important piece of work, he was capable of making
them himself. I cannot tell which of our initials may be his handiwork: the only
one which is signed with his initials is shown in fig. 417. It is dated 1730.1 suspecì:
that a good many of our woodcuts whose origin is unknown to me were cut by
him. I have put the name of Cornelis van Noorde to the sets that I know were cut
by this artist (figs. 418-420, pp, 310-313). Our alphabet of Ornamental initials No. 8%
(fig. 421, p. 313) was cut in palm wood and is of a later date.

Were reduplications of these woodcuts made and sold? I think they were.2
With some of the blocks we have matrices made by casting on them, and in these
matrices replicas were cast in just the same way as type was once cast in matrices
of lead (see pp. 37—39)-3 It is an interesting survival of a primitive technique of
founding: it allows us to see exactly how reduplication was done before stereo¬
typing superseded this imperfect and laborious proceeding.

Towards the end of the eighteenth century the art of cutting in wood all but
died out in this country. It had become an amateur rather than a professional occu¬
pation, and the general level of achievement was very low. It is surprising to find
a sworn land-surveyor, P. Versteegh, of Utrecht, publishing as he did in 1781, a book
of samples of his ornaments and lettering cut in wood for printers and type¬
founders.4 The Brothers Ploos van Amstel [seem to have had a set of his initials.5
The set we have is a copy.] It is the set of Ornamental initials N0.854 (fig. 422, p. 314) of
our inventory.

[1] See p. 3. [3] They seem to have disappeared since Charles Enschedé

[2] One example of Enschedé selling cast capitals mounted wrote for they cannot be found in the typefoundry.

stivers each, and on 10 December 58 large cast capitals [5] The initials at Enschedé's appear to be copies of a set

mounted on wood at 10 stivers each (Administration books that belonged to Ploos van Amstel.