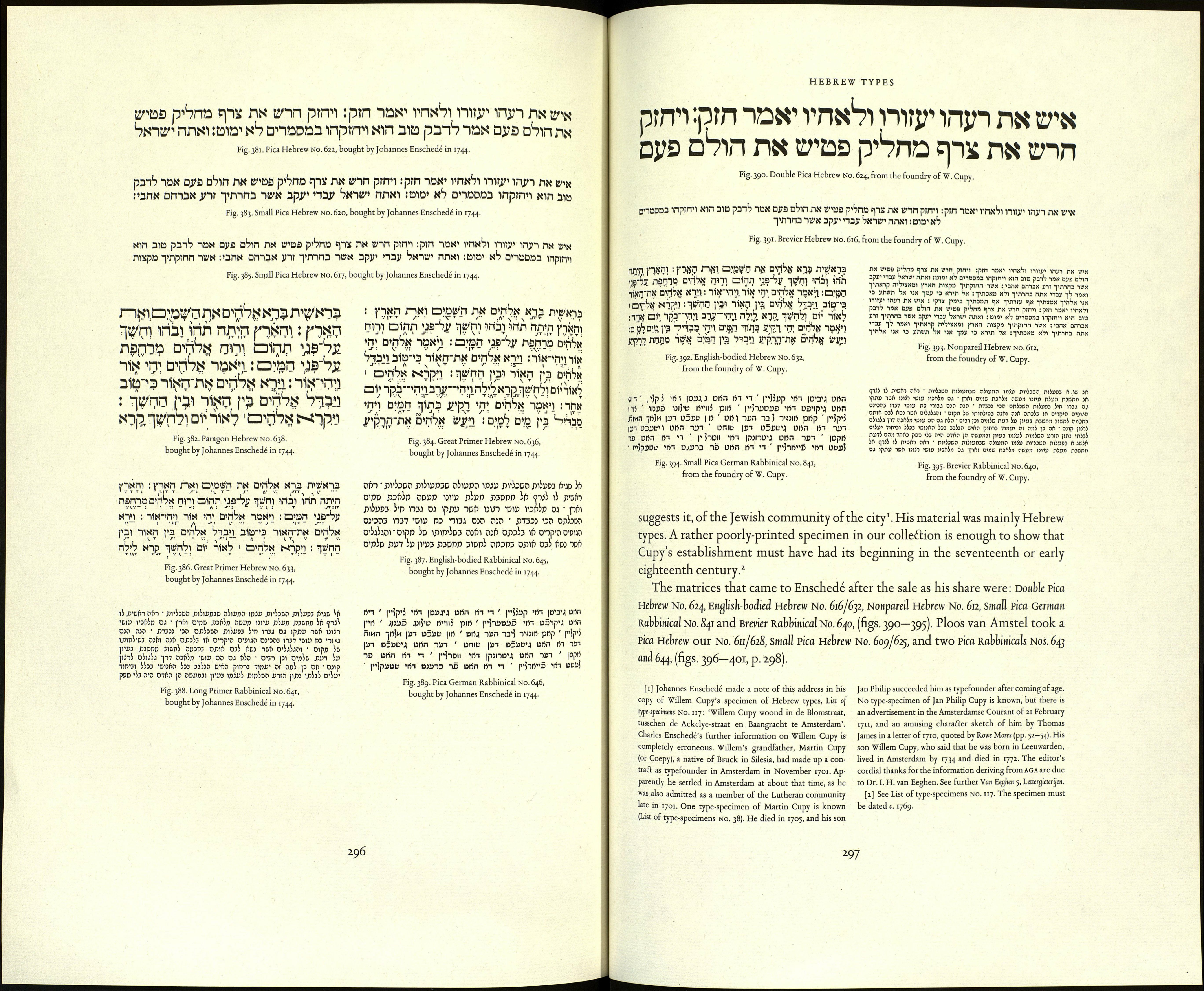 for the foundry of Monsieur Breitkopf, making among other things the first music-notes. Then
he moved to Stuttgart and spent seven years supplying punches to the order of Monsieur
Cotta; and, lastly, for some considerable time he did the same for the typefoundry of Privy
Councillor Luther at Frankfurt am Main. Thus, he lacked neither the experience nor the scope
needed to perfeft himself in the art practised by Monsieur Fleischman with undisputed excel¬
lence. This tribute is due to Monsieur Fleischman from Jan Smid, who knew him personally
and has qualifications which make him particularly familiar with the work of the master and
particularly well able to appreciate it. And, after due consideration ofthat work, the undersigned
feels justified in exclaiming with Correggio: 'But I too am a painter!'

Apart from this sign of life, the establishment has left behind it no trace what¬
soever. I am quite unable to tell what became of it ; but among our types I recognise
some that were in the specimen of Jan Smid and Joannes Dauu. They are the Two-
line English-bodied Italic No. 830, the English-bodied Italic No. 840 and some Script Titling capitals
No. yj, besides three ornaments (nos. 4178, 4802, 4782), figs. 377-380. These were
cut by Smid. There is no reason to think that there ever were Roman faces to go
with the Italics. We also have a Two-line Long Primer Script by Smid with which I
will deal later in connexion with material derived from the well-known printer
and typefounder of Berlin, J. F. Unger. It is interesting to find it among lingers
types because it gives a clue to the origin of his foundry.

Having come to the end of the eighteenth-century types in our foundry that can
be attributed to known punchcutters, I am faced by some that I cannot ascribe to
any for lack of documents.

All the same, we were poorly-off for Hebrew and Rabbinical types. In 1768, riiecuy-y foundry
when a complete specimen was published, we had besides these six only the
Paragon No. 623/6yj by the elder Rosart and the Great Printer No. 619/6$ which Johannes
Enschedé mistakenly believed had belonged to Joseph Athias (see above pp. 96,
108). So there was a valuable accession to our stock when, in 1769, Enschedé and
Ploos van Amstel jointly bought the typefoundry of Willem GupyJ. I know little of
him: he lived at Amsterdam in the Bloemstraat, between the Akoleienstraat and
the Baangracht (Lijnbaansgracht), and was a member, though his first name hardly