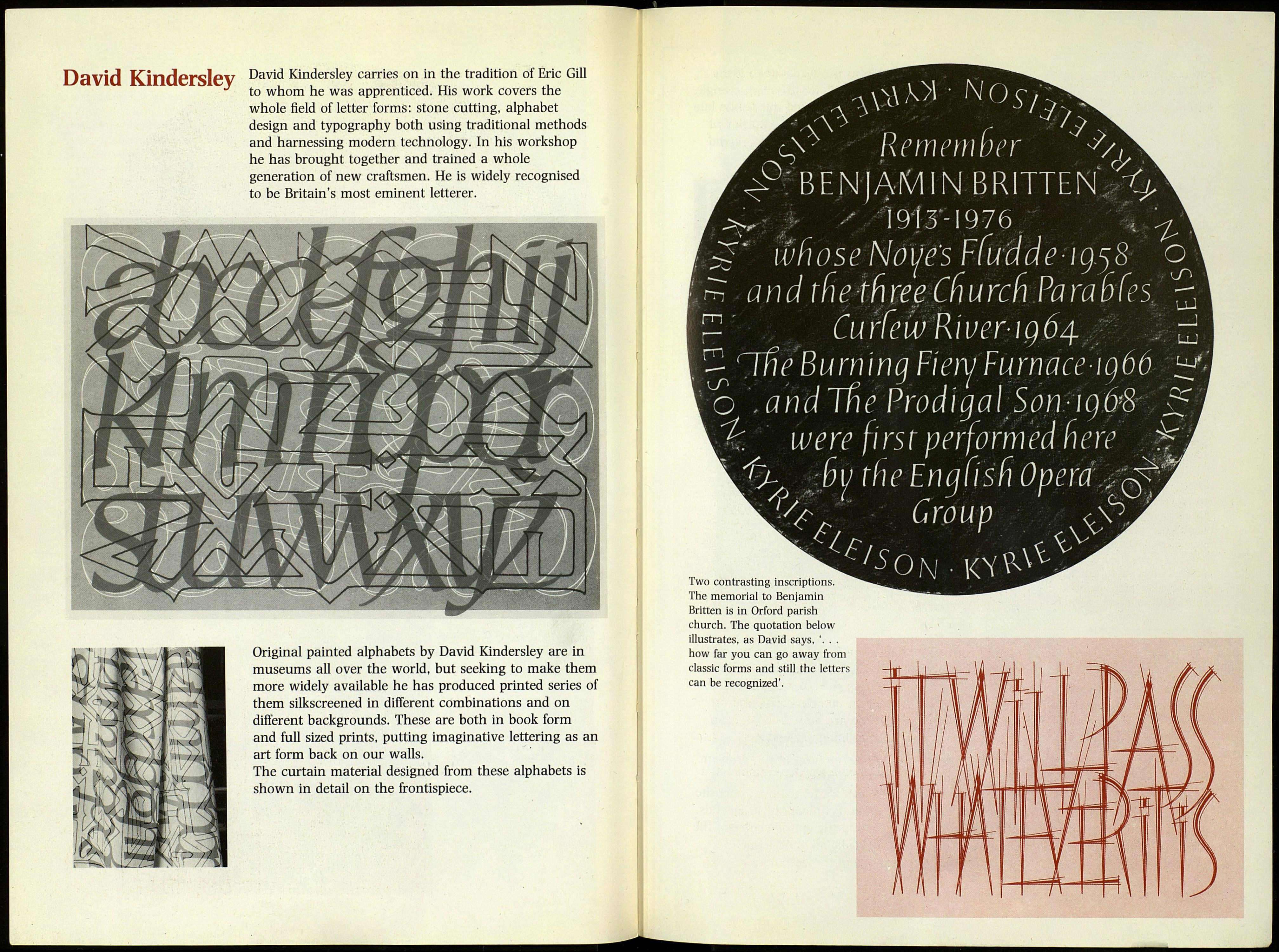 David Kindersley carries on in the tradition of Eric Gill
to whom he was apprenticed. His work covers the
whole field of letter forms: stone cutting, alphabet
design and typography both using traditional methods
and harnessing modern technology. In his workshop
he has brought together and trained a whole
generation of new craftsmen. He is widely recognised
to be Britain's most eminent letterer.

Original painted alphabets by David Kindersley are in
museums all over the world, but seeking to make them
more widely available he has produced printed series of
them silkscreened in different combinations and on
different backgrounds. These are both in book form
and full sized prints, putting imaginative lettering as an
art form back on our walls.

The curtain material designed from these alphabets is
shown in detail on the frontispiece.

Two contrasting inscriptions.
The memorial to Benjamin
Britten is in Orford parish
church. The quotation below
illustrates, as David says, '. . .
how far you can go away from
classic forms and still the letters
can be recognized'.