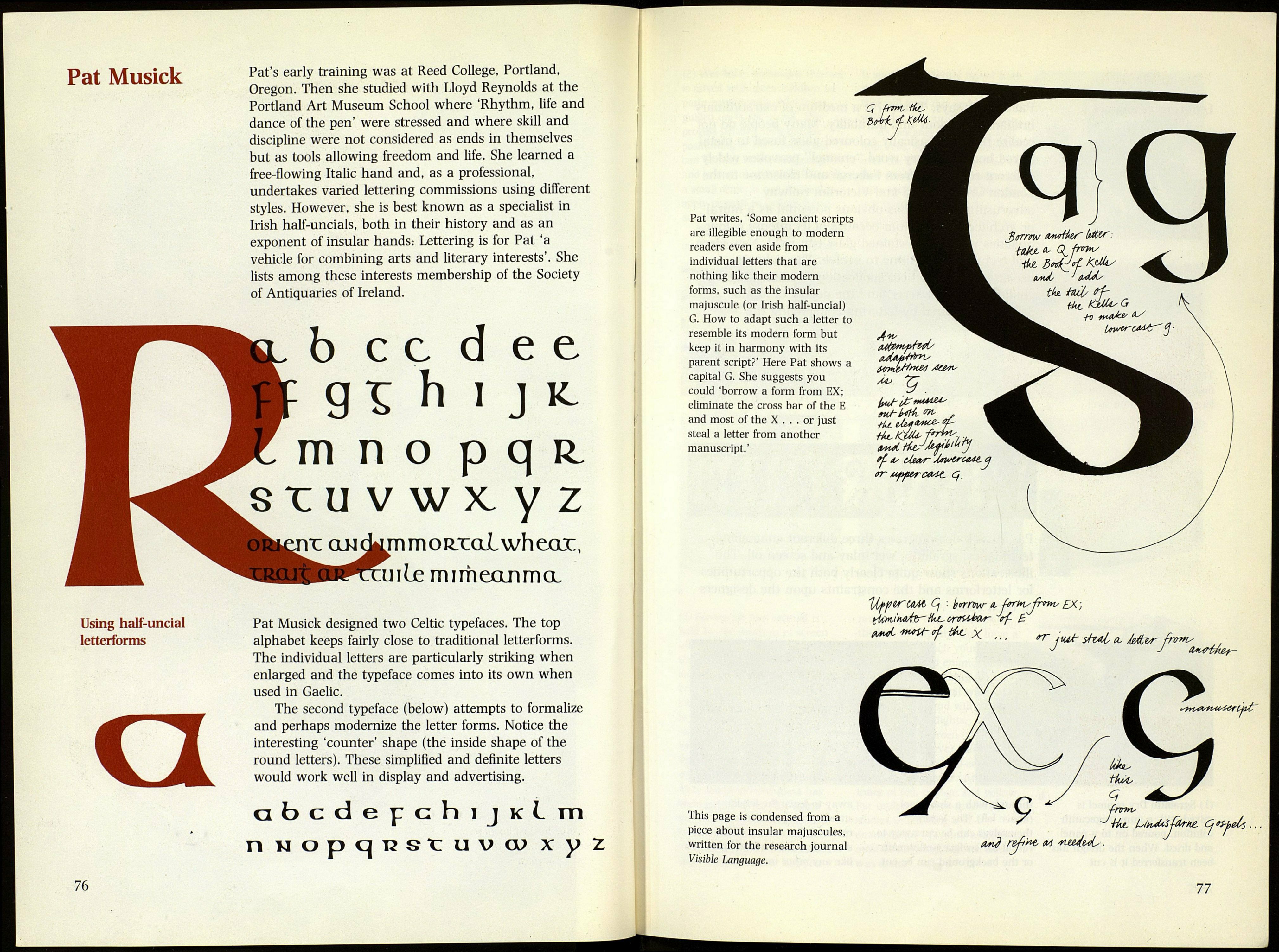 Pat's early training was at Reed College, Portland,
Oregon. Then she studied with Lloyd Reynolds at the
Portland Art Museum School where 'Rhythm, life and
dance of the pen' were stressed and where skill and
discipline were not considered as ends in themselves
but as tools allowing freedom and life. She learned a
free-flowing Italic hand and, as a professional,
undertakes varied lettering commissions using different
styles. However, she is best known as a specialist in
Irish half-uncials, both in their history and as an
exponent of insular hands: Lettering is for Pat 'a
vehicle for combining arts and literary interests'. She
lists among these interests membership of the Society
of Antiquaries of Ireland.

Pat Musick designed two Celtic typefaces. The top
alphabet keeps fairly close to traditional letterforms.
The individual letters are particularly striking when
enlarged and the typeface comes into its own when
used in Gaelic.

The second typeface (below) attempts to formalize
and perhaps modernize the letter forms. Notice the
interesting 'counter' shape (the inside shape of the
round letters). These simplified and definite letters
would work well in display and advertising.

Pat writes, 'Some ancient scripts
are illegible enough to modern
readers even aside from
individual letters that are
nothing like their modern
forms, such as the insular
majuscule (or Irish half-uncial)
G. How to adapt such a letter to
resemble its modern form but
keep it in harmony with its
parent script?' Here Pat shows a
capital G. She suggests you
could 'borrow a form from EX;
eliminate the cross bar of the E
and most of the X ... or just
steal a letter from another
manuscript.'

This page is condensed from a
piece about insular majuscules,
written for the research journal
Visible Language.