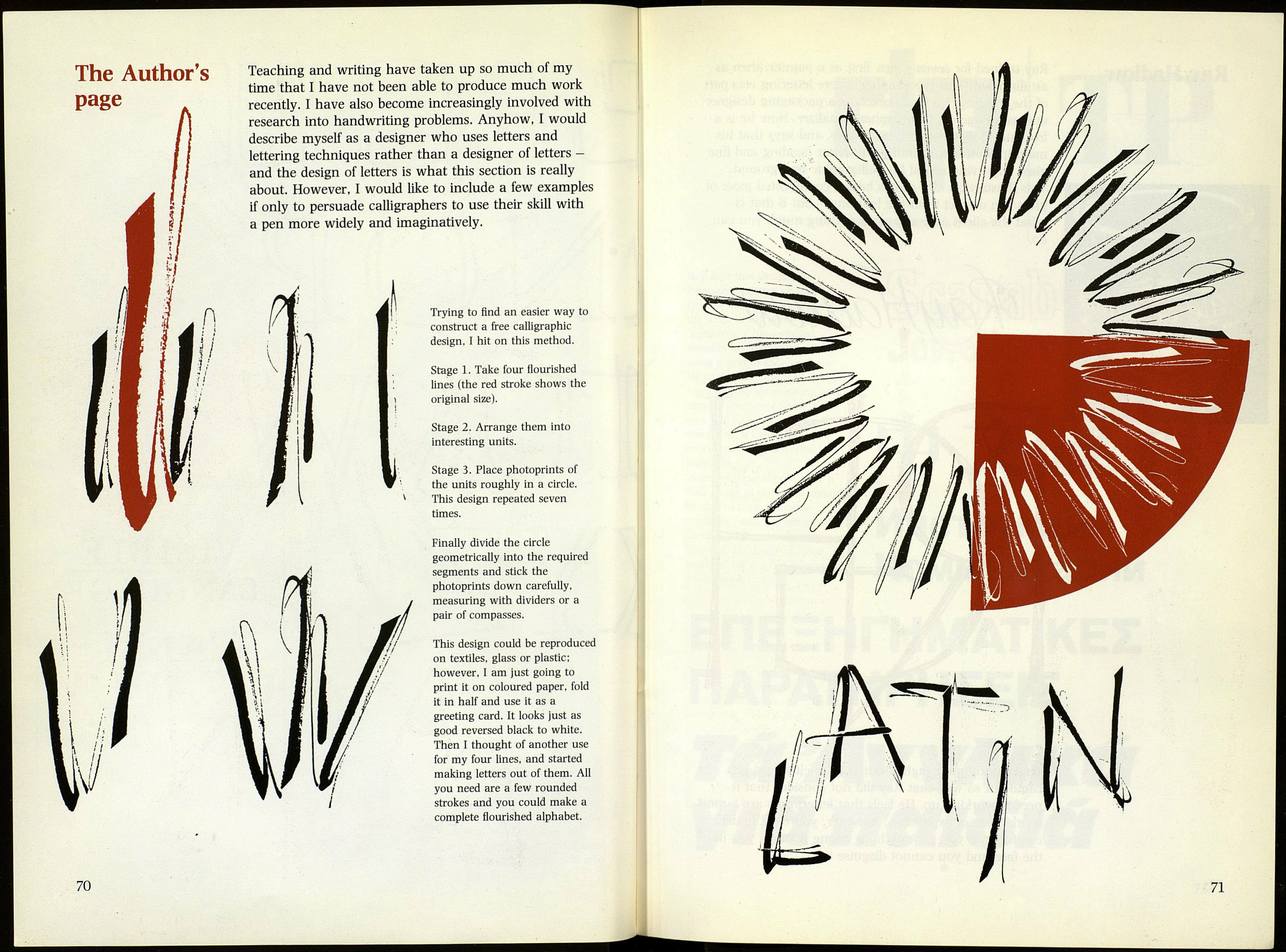 Teaching and writing have taken up so much of my
time that I have not been able to produce much work
recently. I have also become increasingly involved with
research into handwriting problems. Anyhow, I would
describe myself as a designer who uses letters and
lettering techniques rather than a designer of letters -
and the design of letters is what this section is really
about. However, I would like to include a few examples
if only to persuade calligraphers to use their skill with
a pen more widely and imaginatively.

Trying to find an easier way to
construct a free calligraphic
design, I hit on this method.

Stage 2. Arrange them into
interesting units.

Stage 3. Place photoprints of
the units roughly in a circle.
This design repeated seven
times.

Finally divide the circle
geometrically into the required
segments and stick the
photoprints down carefully,
measuring with dividers or a
pair of compasses.

This design could be reproduced
on textiles, glass or plastic;
however, I am just going to
print it on coloured paper, fold
it in half and use it as a
greeting card. It looks just as
good reversed black to white.
Then I thought of another use
for my four lines, and started
making letters out of them. All
you need are a few rounded
strokes and you could make a
complete flourished alphabet.