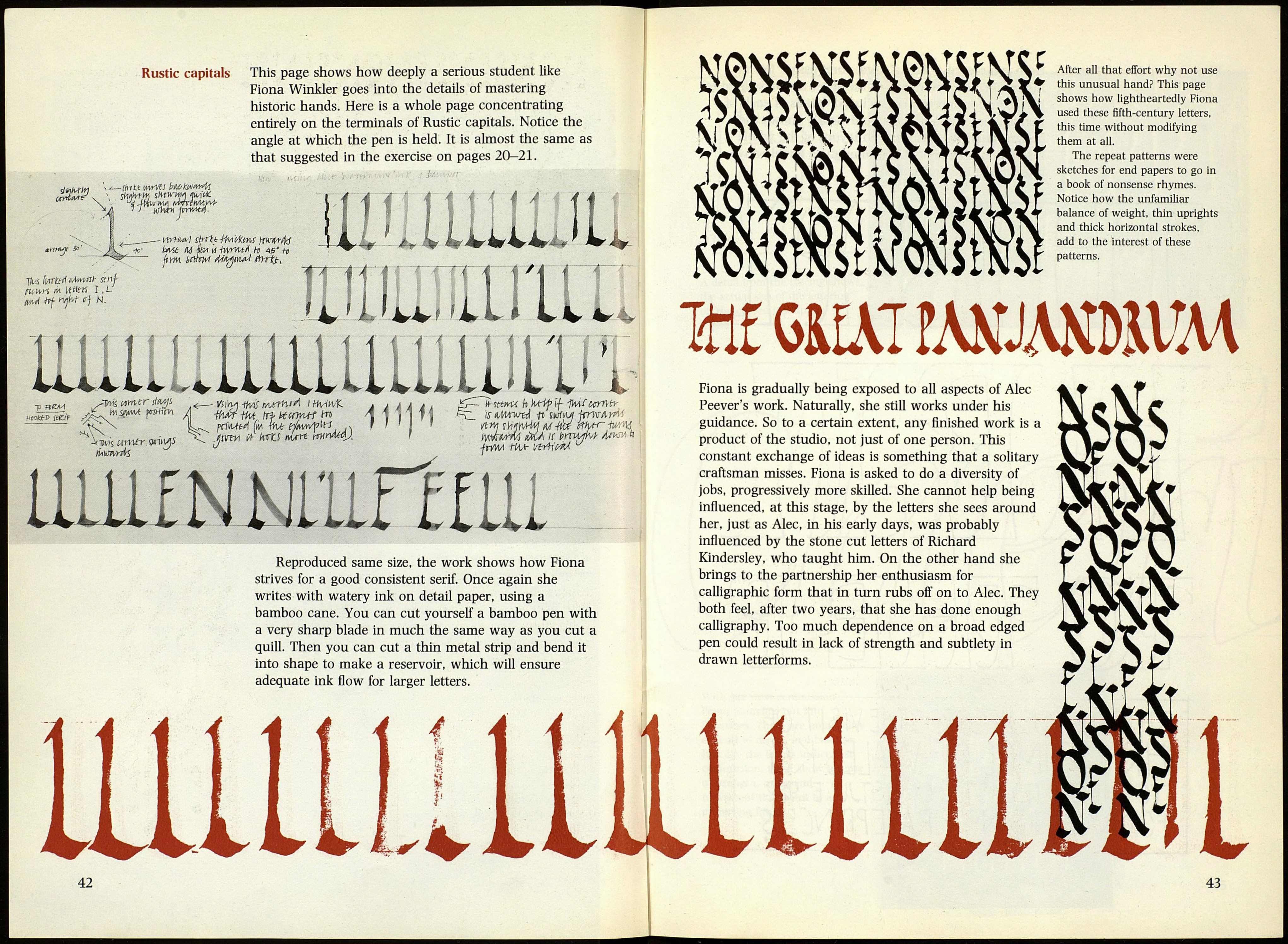 This page shows how deeply a serious student like
Fiona Winkler goes into the details of mastering
historic hands. Here is a whole page concentrating
entirely on the terminals of Rustic capitals. Notice the
angle at which the pen is held. It is almost the same as
that suggested in the exercise on pages 20-21.

Reproduced same size, the work shows how Fiona
strives for a good consistent serif. Once again she
writes with watery ink on detail paper, using a
bamboo cane. You can cut yourself a bamboo pen with
a very sharp blade in much the same way as you cut a
quill. Then you can cut a thin metal strip and bend it
into shape to make a reservoir, which will ensure
adequate ink flow for larger letters.

After all that effort why not use
this unusual hand? This page
shows how lightheartedly Fiona
used these fifth-century letters,
this time without modifying
them at all.

The repeat patterns were
sketches for end papers to go in
a book of nonsense rhymes.
Notice how the unfamiliar
balance of weight, thin uprights
and thick horizontal strokes,
add to the interest of these
patterns.

Fiona is gradually being exposed to all aspects of Alec
Peever's work. Naturally, she still works under his
guidance. So to a certain extent, any finished work is a
product of the studio, not just of one person. This
constant exchange of ideas is something that a solitary
craftsman misses. Fiona is asked to do a diversity of
jobs, progressively more skilled. She cannot help being
influenced, at this stage, by the letters she sees around
her, just as Alec, in his early days, was probably
influenced by the stone cut letters of Richard
Kindersley, who taught him. On the other hand she
brings to the partnership her enthusiasm for
calligraphic form that in turn rubs off on to Alec. They
both feel, after two years, that she has done enough
calligraphy. Too much dependence on a broad edged
pen could result in lack of strength and subtlety in
drawn letterforms.