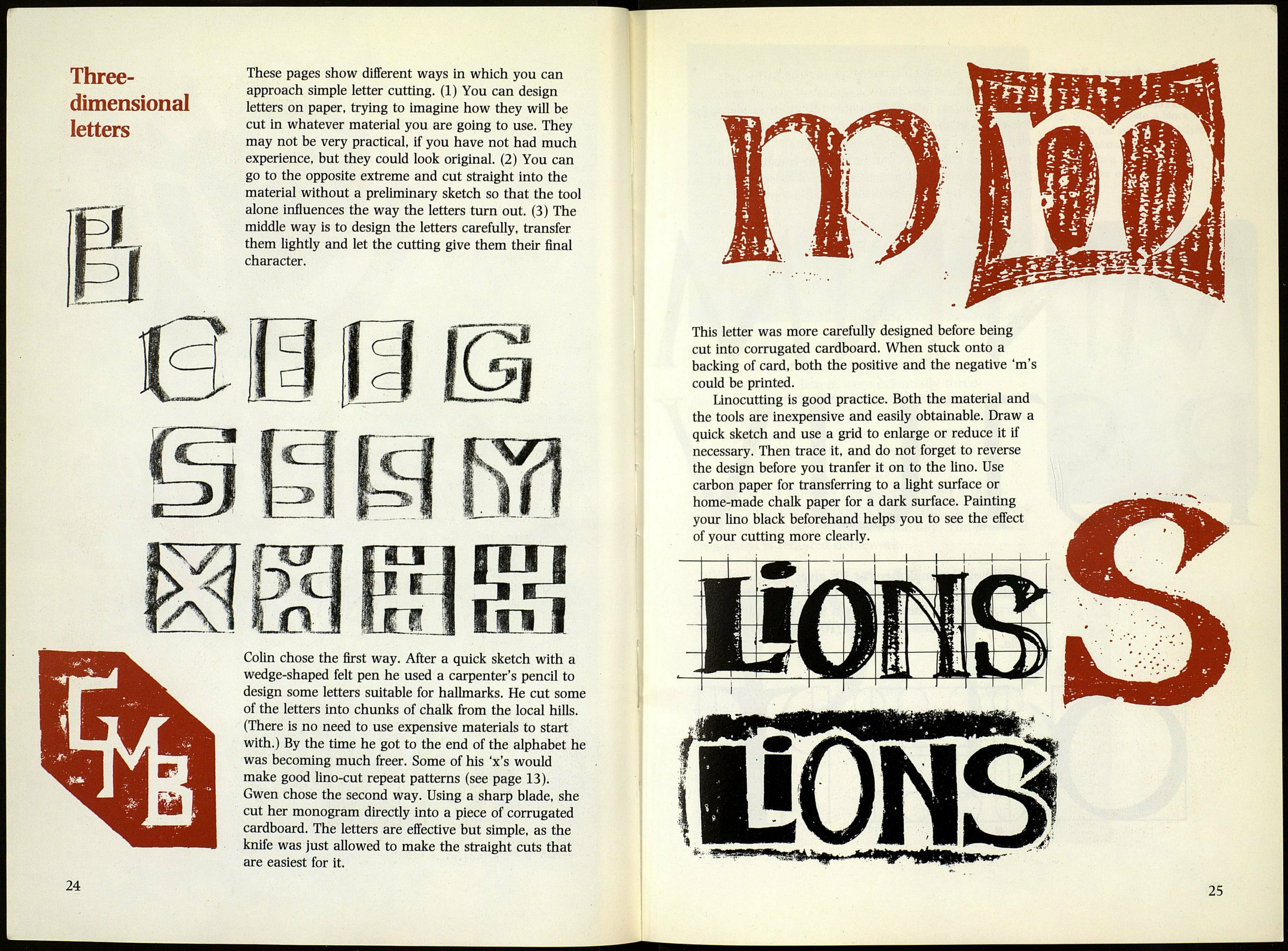 These pages show different ways in which you can
approach simple letter cutting. (1) You can design
letters on paper, trying to imagine how they will be
cut in whatever material you are going to use. They
may not be very practical, if you have not had much
experience, but they could look original. (2) You can
go to the opposite extreme and cut straight into the
material without a preliminary sketch so that the tool
alone influences the way the letters turn out. (3) The
middle way is to design the letters carefully, transfer
them lightly and let the cutting give them their final
character.

Colin chose the first way. After a quick sketch with a
wedge-shaped felt pen he used a carpenter's pencil to
design some letters suitable for hallmarks. He cut some
of the letters into chunks of chalk from the local hills.
(There is no need to use expensive materials to start
with.) By the time he got to the end of the alphabet he
was becoming much freer. Some of his 'x's would
make good lino-cut repeat patterns (see page 13).
Gwen chose the second way. Using a sharp blade, she
cut her monogram directly into a piece of corrugated
cardboard. The letters are effective but simple, as the
knife was just allowed to make the straight cuts that
are easiest for it.

This letter was more carefully designed before being
cut into corrugated cardboard. When stuck onto a
backing of card, both the positive and the negative 'm's
could be printed.

Linocutting is good practice. Both the material and
the tools are inexpensive and easily obtainable. Draw a
quick sketch and use a grid to enlarge or reduce it if
necessary. Then trace it, and do not forget to reverse
the design before you tranfer it on to the lino. Use
carbon paper for transferring to a light surface or
home-made chalk paper for a dark surface. Painting
your lino black beforehand helps you to see the effect
of your cutting more clearly.