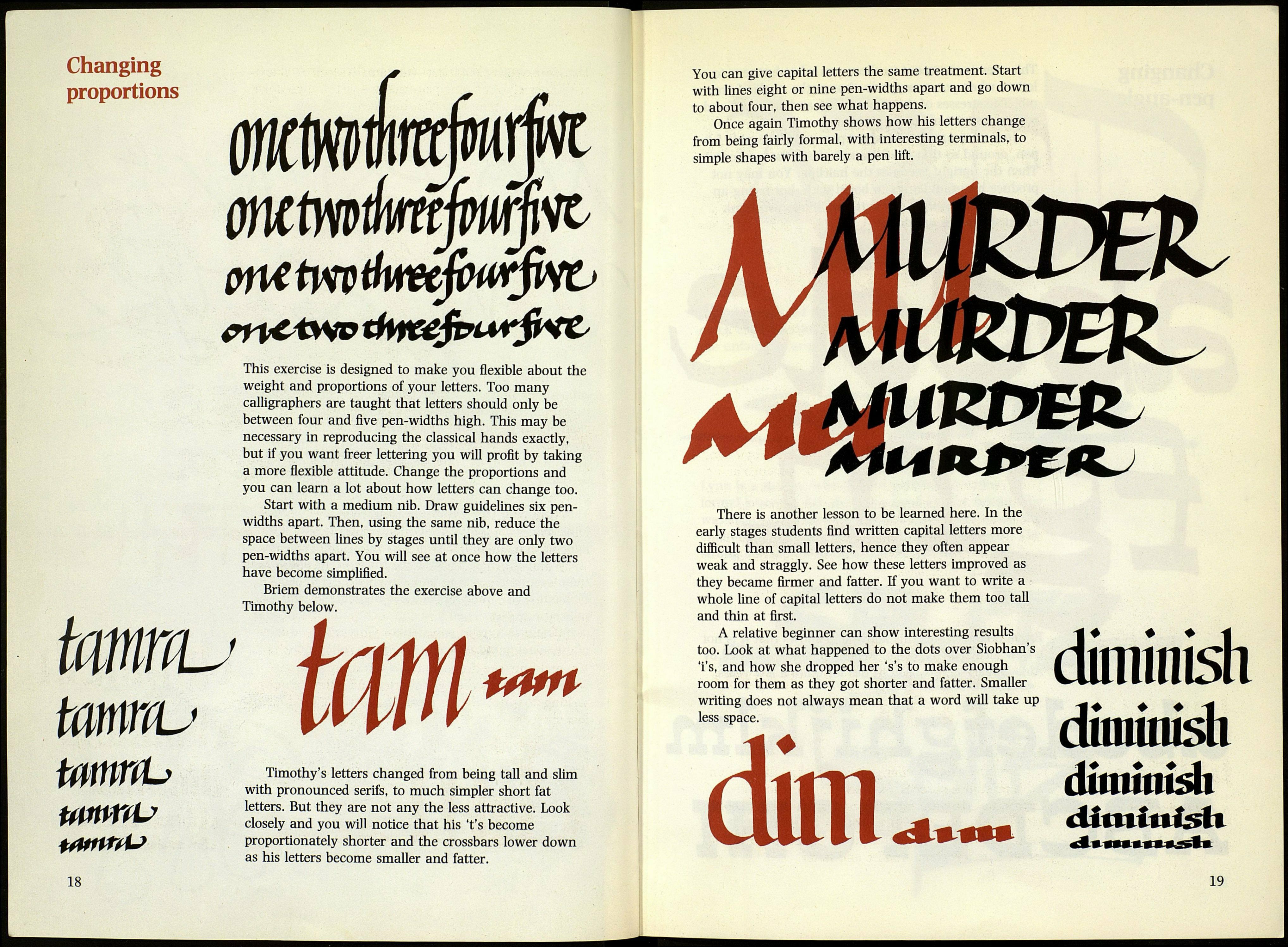 This exercise is designed to make you flexible about the
weight and proportions of your letters. Too many
calligraphers are taught that letters should only be
between four and five pen-widths high. This may be
necessary in reproducing the classical hands exactly,
but if you want freer lettering you will profit by taking
a more flexible attitude. Change the proportions and
you can learn a lot about how letters can change too.

Start with a medium nib. Draw guidelines six pen-
widths apart. Then, using the same nib, reduce the
space between lines by stages until they are only two
pen-widths apart. You will see at once how the letters
have become simplified.

Briem demonstrates the exercise above and
Timothy below.

with pronounced serifs, to much simpler short fat
letters. But they are not any the less attractive. Look
closely and you will notice that his 't's become

¿¿ЩіТіІш} proportionately shorter and the crossbars lower down

as his letters become smaller and fatter.

You can give capital letters the same treatment. Start
with lines eight or nine pen-widths apart and go down
to about four, then see what happens.

Once again Timothy shows how his letters change
from being fairly formal, with interesting terminals, to
simple shapes with barely a pen lift.

There is another lesson to be learned here. In the
early stages students find written capital letters more
difficult than small letters, hence they often appear
weak and straggly. See how these letters improved as
they became firmer and fatter. If you want to write a
whole line of capital letters do not make them too tall
and thin at first.

A relative beginner can show interesting results
too. Look at what happened to the dots over Siobhan's
'i's, and how she dropped her 's's to make enough
room for them as they got shorter and fatter. Smaller
writing does not always mean that a word will take up
less space.