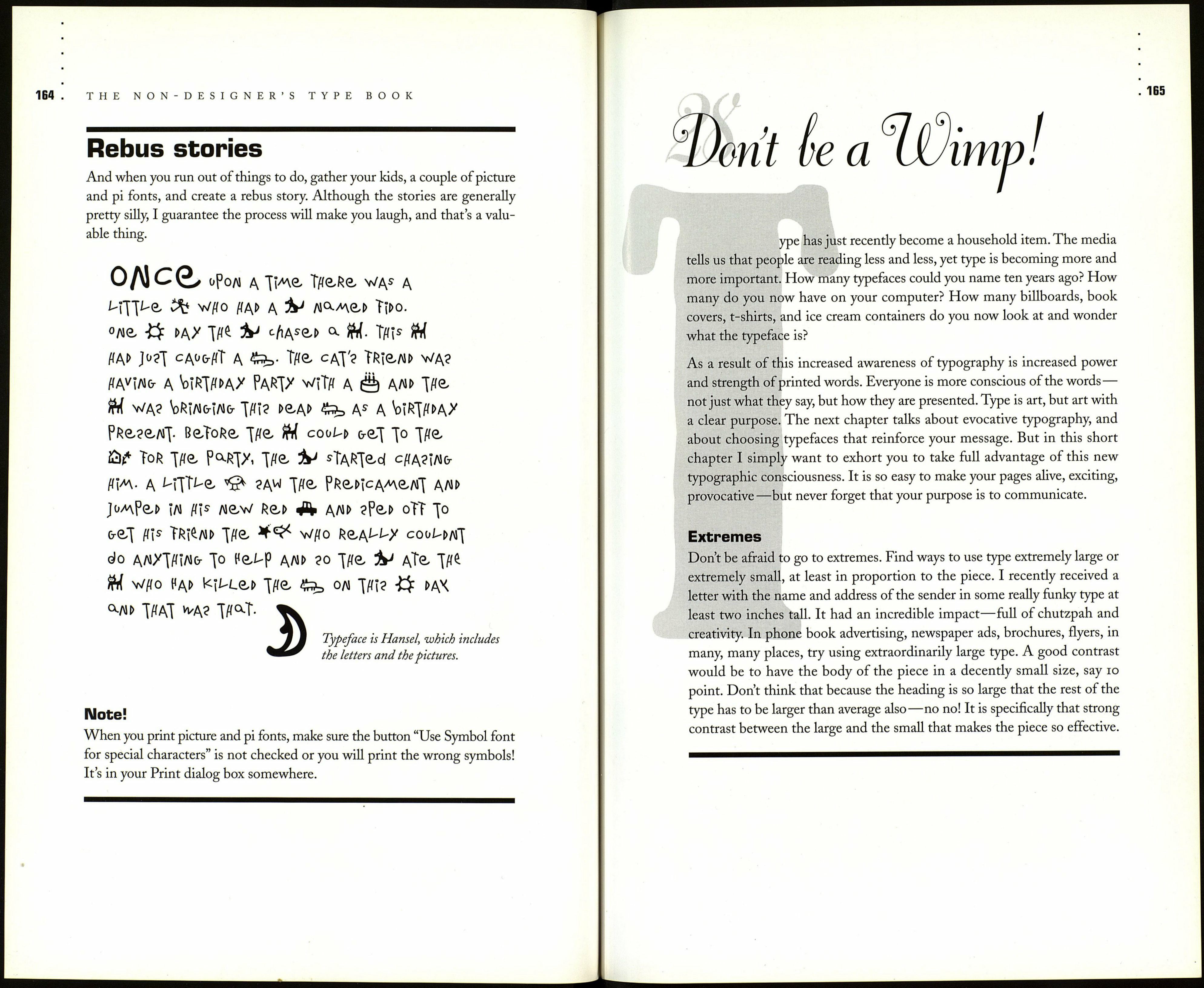 Similar to pi fonts are pictograph fonts, which provide international
symbols. Many of these symbols are so interesting that they beg to be used
in ways you might not immediately think of: in logos, perhaps, or as
identifying organizational symbols in a brochure or annual report, or as
decorative elements on their own.

If you ever need symbols like these, check out the fonts. You can always
open the font in Macromedia Fontographer and customize it.
Typefaces are PIXymbols Hotel and PIXymbols Travel.

Picture fonts, where each character is a little picture, can be used in oh so
many ways. Similar to dingbats, you can use them as bullets. Or instead of
a dotted or dashed line, try a line made of a picture font character or a
combination of characters. Use them as borders, as clip art, as custom art.
You can make them very small, add space between them, or even change
their color easily.

Picture fonts are great for quick, easy, and inexpensive logos. You can
enlarge a picture character to the maximum size in your program, some¬
times as large as 18 inches. You can change their color, condense or expand
them, kern them, and build them right into the text of the logo. If you
know how to use a program like Fontographer from Macromedia, you can
customize the character and still use it as easily as you would the letter A.

The character shown on the left, from the picture font Printers Ornaments M,
had the right feel but slightly the wrong look for the intended logo. I opened the
font in Macromedia Fontographer and just moved a few points to give the
character more female lines, as shown on the right. The other face is Eurostile.

These fonts are so much fun to collect and use everywhere. Drop pictures
into memos to your boss, love letters, signs, business cards, t-shirts—
have fun! Typefaces are MiniPics LU Ancients, Birds, andMiniPics
Doohickies Too.

You can create interesting borders out of many picture fonts.
Typeface is MiniPics Doohickies Too.