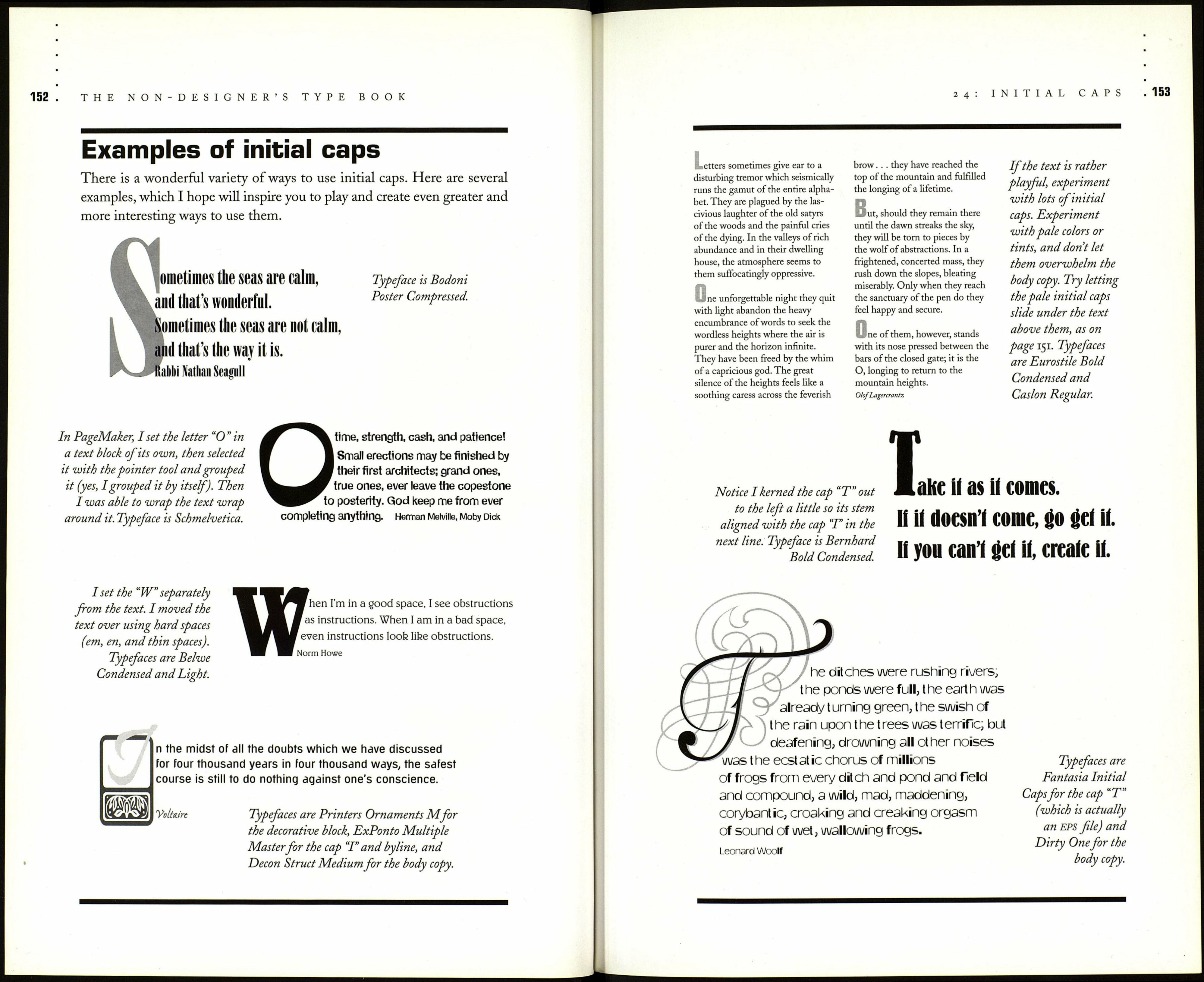 Don't be a wimp

Don't be shy! If you find a swash or two that is exceptionaUy beautiful, set
it extraordinarily large and use it as a graphic element on your page—show
it off! Set it in a pale color or a shade of grey and let it swoop under your
body text or behind a photograph. Use a huge swash character as an initial
cap or as a lead-in to an article or chapter. Combine one large italic swash
character with heavy, bold, black sans serif characters for a striking contrast
in a title or quote. Look through this book and take note of where and how
I've used swash characters. Oh, the possibilities are endless and exciting!

arge or ornate letters at the beginning of first paragraphs, also called
initial caps or drop caps, not only add interest to a page, but help guide the
reader's eyes and pull the reader into the text. There are many ways to
create an initial cap, as shown in the examples following. Be brave, be
strong, be big where appropriate. Here are just a couple of simple guide¬
lines to remember.

* Don't overdo it. One initial cap is beautiful; an initial cap beginning
every paragraph on the page is redundant and destroys the effect.
Sometimes on a text-heavy page you can use two or three initial
caps in lieu of graphics or puUquotes, but be aware of their impact
and don't overdose the reader.