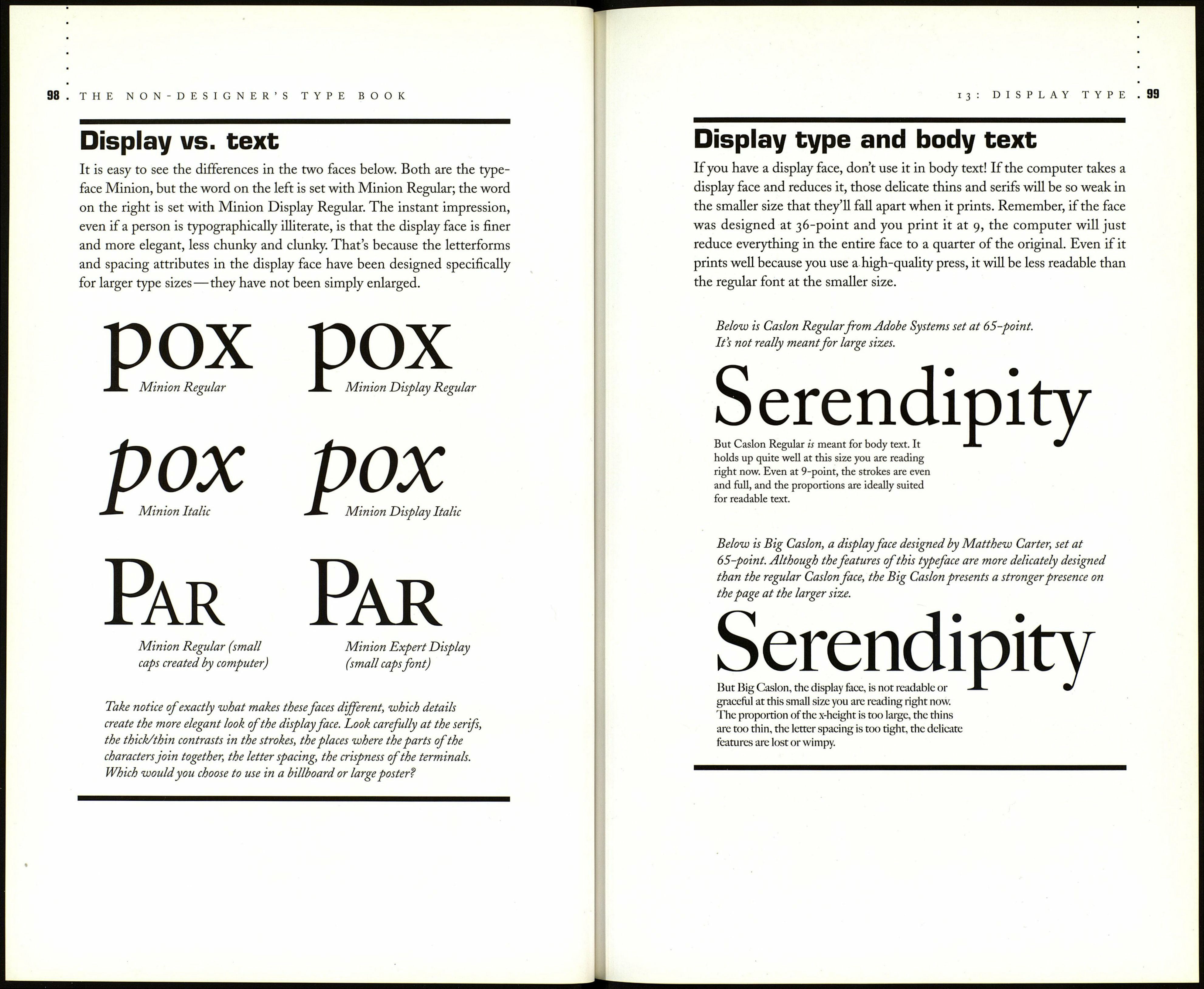 Occasionally you may want to create some dynamic display of type and you
need a condensed or extended version, but it doesn't exist or it isn't enough.
It's okay to break the rules, but break them with gusto! Make it look like
you meant to distort the type. If it's not obvious, the sophisticated reader
(of which there are more and more) will think you just didn't know what
you were doing. Don't be a wimp!

If you're going to distort type, then do it!

Do it so it's obvious—don't pretend you're not!

Display type refers to type that is large, that is on display, as opposed
to body text, which is what you read in paragraphs at smaller point sizes
(9 to 12 point). Some people might refer to headlines as display type, but
generally it refers to type around 24 points or above. Decorative typefaces
are also called display faces, because you would typically use them only at
large sizes for special occasions.

Now, the definitions above are generic definitions. There is also an actual
classification of type design called "display type." These faces have been
specifically redesigned for larger sizes.

Long ago, when type was carved by hand out of metal, the designer
changed subtle features as the sizes got larger: the thin strokes got thinner,
the serifs were more delicate, the counters (the space inside the letters)
were different, the places where parts of the letters joined were thinner, the
letter spacing was tighter, sometimes the ratio of x-height to cap height
was different.

The computer, however, makes no distinction between sizes of type. It
takes one size, say 12 point, and makes it larger or smaller as you wish. Thus
when you use 6-point type, it is simply half of 12-point. This means the
strokes are half as heavy, the space between the characters is half as much,
etc. When you set 36-point type, it is simply three times as large as 12—the
thin strokes are three times thicker, there is more space between the char¬
acters, etc. This creates a heavy, clunky look at large sizes. The solution to
this problem is to use a specially designed display face.