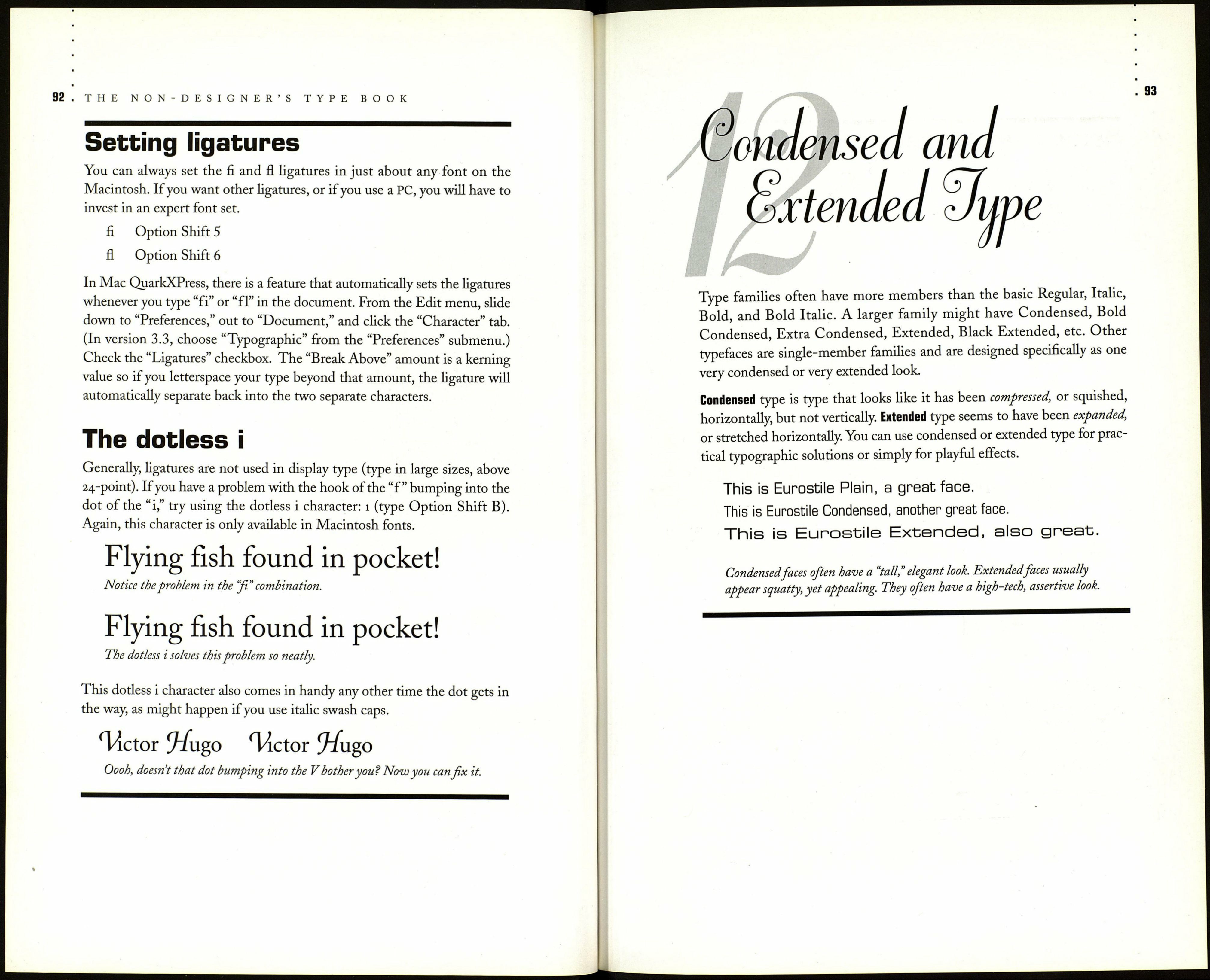 Regular, or lining, figures are not proportionally spaced as letters are; they
are monospaced. That is, every regular number takes up the same amount
of space: the number one occupies as much space as the number seven.
This is necessary because we often need to make columns of numbers and
the numbers need to align in the columns.

If the numbers were not monospaced,
we would have great difficulty
aligning them in columns.

But when you use regular, lining figures in body text, the monospacing
creates awkward letter spacing and usually requires kerning. Look carefully
at the letter spacing in the numbers below:

Ligatures are single typographic characters that are combinations of two
or more characters. For instance, there are common ligatures for the "fi"
and "fl" combination:

Ligatures are created either to solve a typographic problem, such as the
hook of an "f " bumping into the dot of an " i," or sometimes simply for an
elegant look. Almost every Macintosh font contains at least the fi and fl
ligature, but you will find quite a range of ligatures in expert sets. Fonts for
Windows machines do not contain even the fi and fl ligature—if you want
to use them, you will have to buy a special expert set.

How many ligatures can you find in the following paragraph?

{However, agood laugh is a mighty good These are the ligatures

thing and rather too scarce agood thing; z^f Renaissance

tfie more's tfie pity. So, if any one man, Italic Swash, which

in his own proper person, afford stuff » designed to be set

for agoodjokçto anybody, let him not Renaissance Italic,

be backward, but let him cheerfuûy allow (both of which are

himself to fend and to be ¿fient in eat way, shown to the left):

laughable about him, be sure there is more uffl ffij
in that man than you perhaps think for.