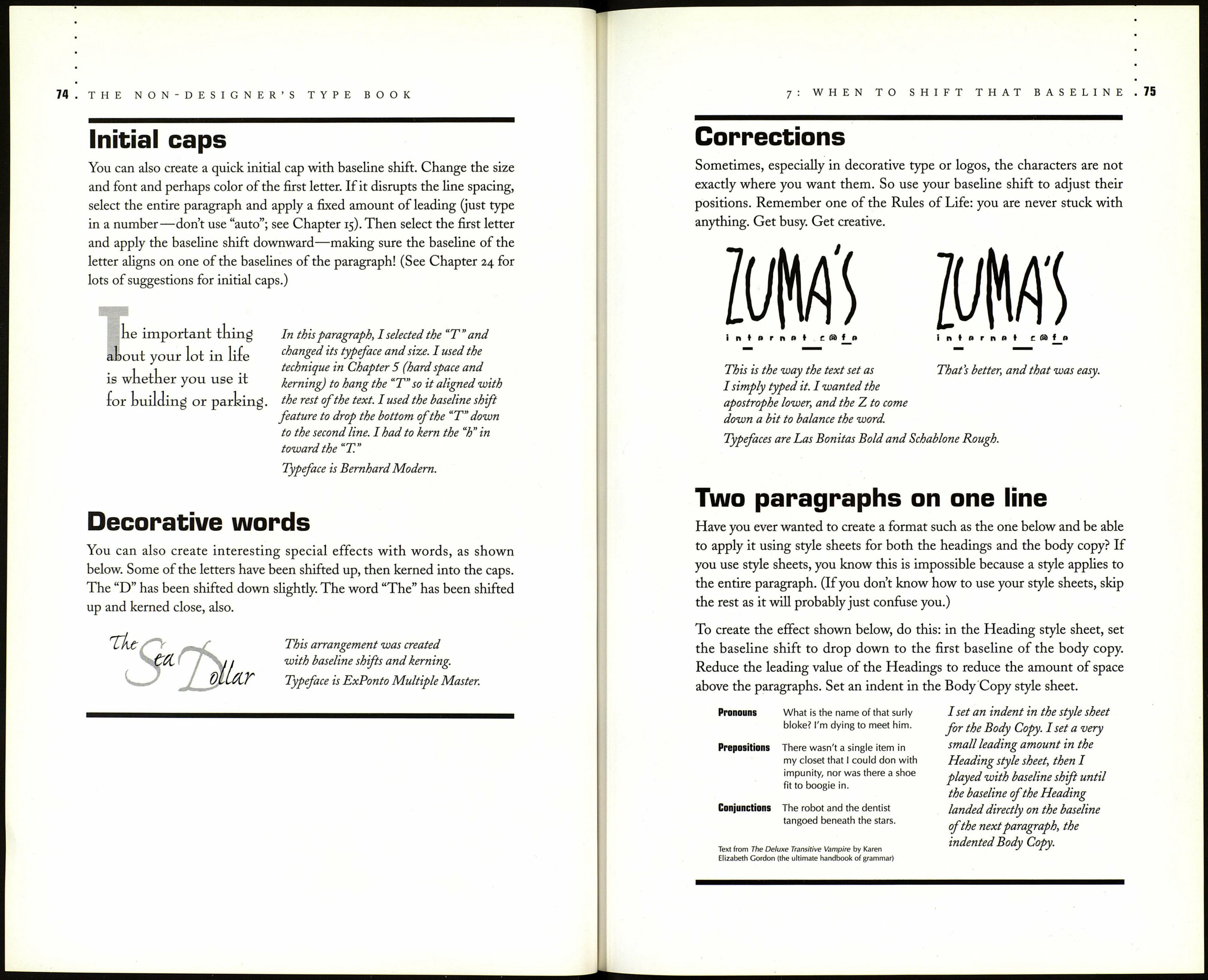 I'll bet it drives you nuts that the hyphens in phone numbers seem set too
low. And the parentheses around the area codes bump into the numbers,
which probably makes you crazy. You see, parentheses and hyphens are
designed to be used with lowercase letters, because that is where they
appear most of the time. So when these characters are used with all caps or
numbers, they appear to be low in relation to the taller size of the caps or
numbers. But, thank goodness, this can be fixed.

tops of the numbers, but hang appear to be in the correct position

below the bottoms. Also notice when you're working with caps or

how low the hyphen appears. numbers, raise them up a little.

The Cul-de-Sac reopens (dinner only)

THE CUL-DE-SAC REOPENS (DINNER ONLY)

THE CUL-DE-SAC REOPENS (DINNER ONLY)

Parentheses and hyphens are designed for lowercase letters, since that is
where they are used most often (as in the first line). If you use all caps
(second line), the hyphens and parentheses are too low. Raise them
higher off the baseline to make them appear centered (third line).

7 : WHEN TO SHIFT THAT BASELINE

Another occasion to take advantage of the baseline shift feature is when
using dingbats or ornaments. Suppose you have a list of items and you
really want to use a fancy dingbat from the Zapf Dingbats or Wingdings
font, instead of using the boring of round bullet (or—heaven forbid—a
hyphen). But the dingbat character is usually too big. When you reduce its
size, though, the dingbat is too low because the character is still sitting on
the baseline. So select the character and shift it up above the baseline.

A. Choose a dingbat instead
of the dumb оГ bullet

B. You have lots of dingbats to
choose from, but they are usually
too big. (Choose one dingbat.)

С You can decrease the
point size of the bullet,
but then it sits too low.

D. Raise the small dingbat
higher off the baseline.