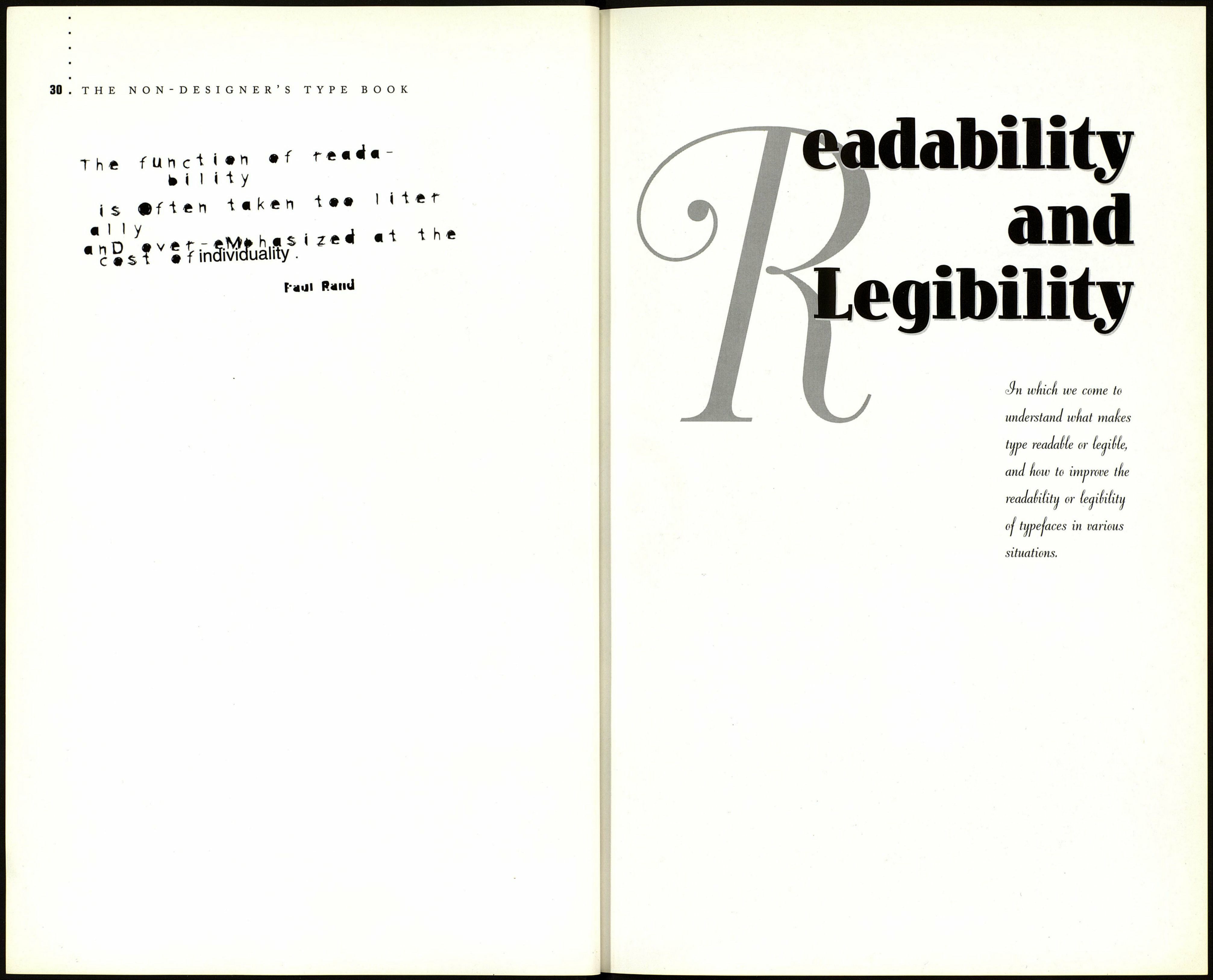 When the man Aldus Manutius entered the publishing business with his
company called the Dolphin Press, the printing industry was less than fifty
years old. But there were already more than a thousand presses operating
across Europe, and literally millions of books had been printed. Aldus was
proud and protective of his Greek fonts, but a bit sloppy and diffident about
his Roman fonts. In fact, most of them were not very well designed, and he
used them only for jobs sponsored by wealthy clients or academic friends. In
1496, though, Aldus published an essay for Pietro Bembo, an Italian scholar
and friend.The Bembo typeface, with its lighter weight, more pronounced
weight stress, and more delicate serifs, was an instant success. Claude
Garamond picked it up in France and spread its influence throughout the
rest of Europe. This "Aldine roman" typeface, Bembo, affected type design
for hundreds of years. (The body copy you are reading right now is set in Bembo.)

Aldus himself produced well over 1,200 different book titles in his 25 years
as a publisher. Over 90 percent of the books he produced were Greek
classics. Aldus was a well-patronized scholar before he entered the printing
and publishing trade, so the classics were close to his heart. The market for
his books was made up of the educated, the worldly, and the wealthy. Aldus
created small books, or octavos, intended for busy people, for nobility travel¬
ing across Europe on errands of state, and for members of the "educational
revolution" who were studying in the growing number of universities. Thus
Aldus was the first creator of small, portable, "paperback" books.

The official writing style of the learned and professional scribes of southern
Italy in the late 1400s was a relaxed, oblique, and flourishy script called
cancellaresca. To make his books more appealing to the higher-class market,
Aldus took this exclusive writing style and developed a typeface out of it. It
was a hit. What a marketeer.

Aldus had his new type style copyrighted. He was trying to protect not just
the one font—he wanted a monopoly on the cursive sort of style. He got
it; he even got a papal decree to protect his rights. But as we all know, that
doesn't mean no one will steal it. People did. At least the other Italians called
the style "Aldino"; the rest of Europe called it "italic," since it came from
Italy. The first italic Aldus ever cut (well, actually Francesco Griffo cut it)
was produced in 1501 in Venice. (Does the name "Venice" ring a bell?)

These innovations of Aldus Manutius place him in history as perhaps the
most important printer of the Renaissance, next to Gutenberg himself.
Popularizing the italic typeface, albeit inadvertently, had a profound
influence on typeface development for generations. Prior to Aldus's beauti¬
ful octavos, the only small, portable books were prayer books; all other works
were massive volumes that sat on lecterns for reading out loud. With the
development of his italic type, more text could be set on a page, thus saving
paper and space and making books more affordable. Education became more
accessible, and the world changed. Again.