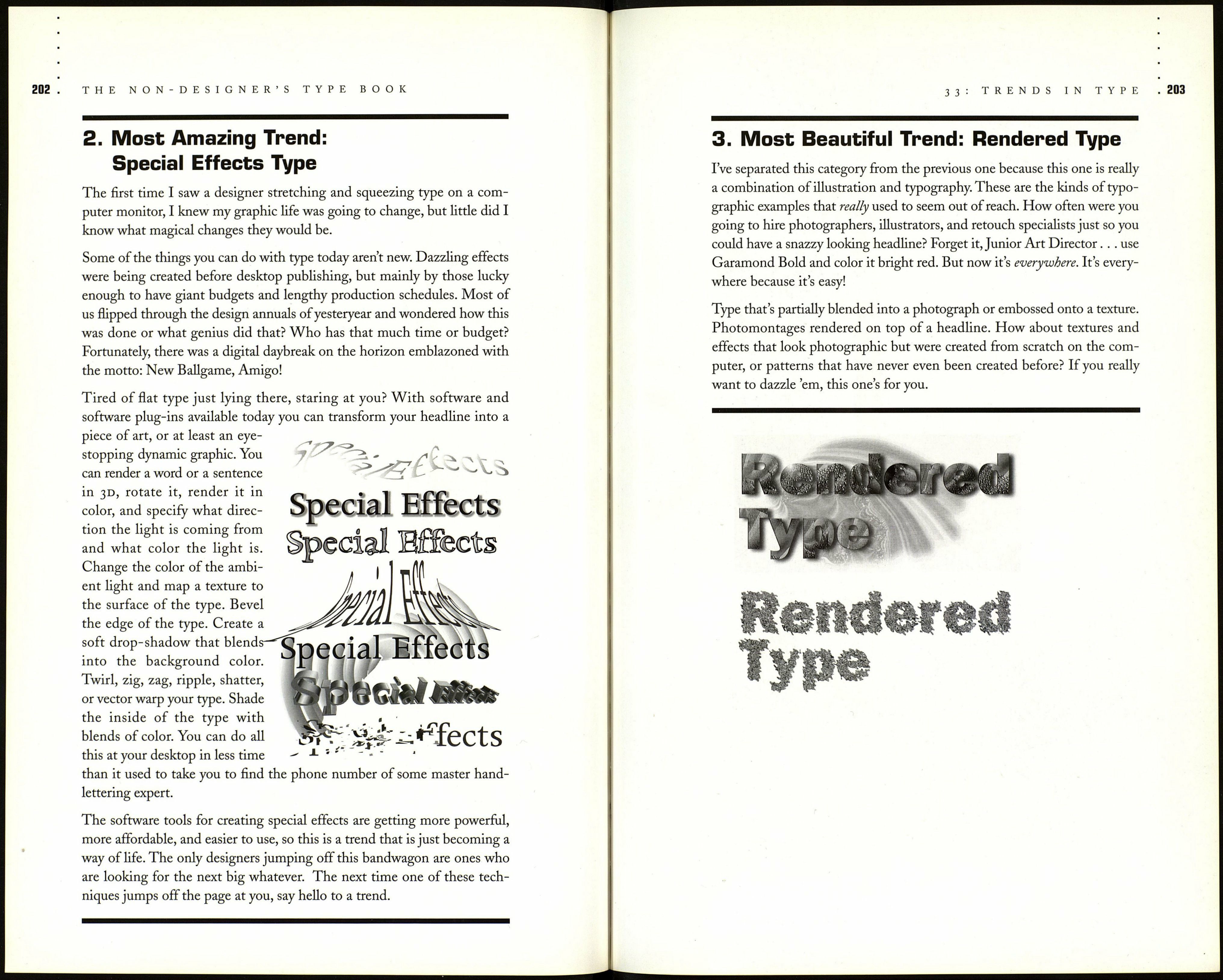 This one really rocked the boat. If youWOrds b'eedins off the
haven't seen it, you've been spending toe?33* and anVthinS e'se
much time at the Helvetica User Groupthat W0U,d terminate
meetings. Some people think these ugly™ етР'°У™п*in ™>st
fonts are a fad that has started to fadeP,aces- There are some
But if you look around, you'll realize thaf rationalists who are

only everywhere, it's so common that ifhroush the streets with

doesn't shock us like it used to. Uglytorches and Pforte to

fonts are not only outrageous by tradi-round up 8runse design

ried at all because it's

what else they are. They're interesting^3^ that such a ri"
Designers who are trying to get your atdicu'ous thinS could have

tention, who are trying to convey a feel-much influence. Uh oh.

ing with type (and some who know aLook around you' mtv'

espn. National maga-
trend when they see one), are using ugly

fonts and ugly design. Ugly design aban?ines- nat'ona' adver-
dons most things that are familiar to ustisers everyone is feel.

such as consistent leading, symmetrical

lines of type crashing into each otherelements of what,s hap.

columns of type crashing into each otherpening in the most ex.

^)lumns of type on top of each other,

some very stranGe fonts for some very conservative clients

a community college, a banK, and, a magazine .

prefer using traditional, classical typefaces in a grunge-inspired lay¬
out. Some do both. You Don't have t\o plunge into
grunge,

Get out of THe