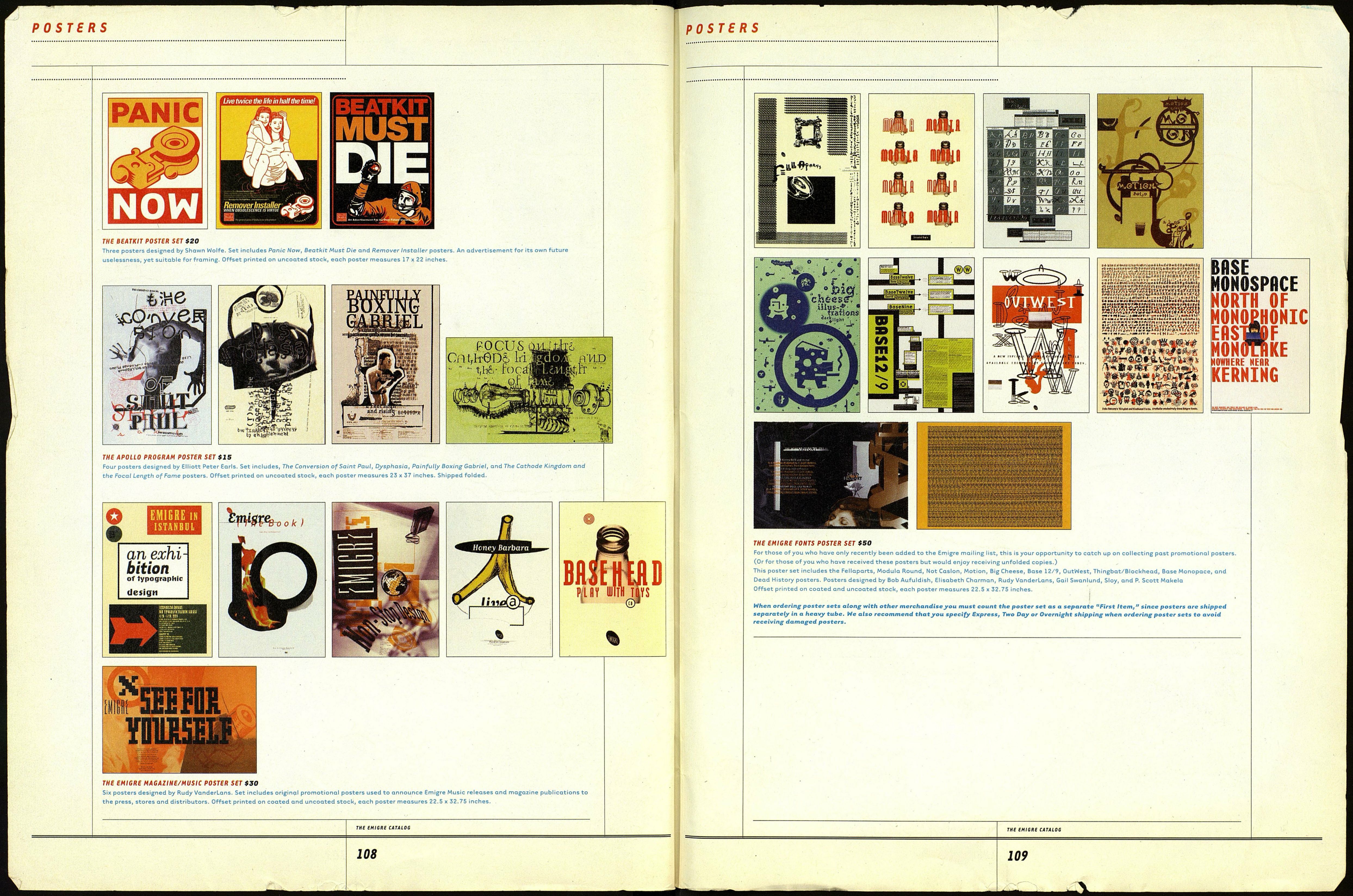 "Wow! Where did this disc come from? This
doesn't sound like starter stuff; destabilizing
the grid, jerking the digital clock, Mr. Make la
knows how to control the machine by softening
those quantized tracks." Industrial Strength
Magazine

"AudioAfterBirth is a winning blend of industrial
hip-hop, funky bass, and memorable tunes. Imagine an otherworldly mix
of Nine Inch Nails, Bootsy, and Cole Porter. In-your-face technology and
r£b rarely sound this good together." City Paper, Baltimore
"Complicated pulsating rhythms for the industrial head who wants to play
with something hard, raw and exciting, like vibrating industrial fluxed
electro-vocals. With a slow, digging bump and grind, this dishes out nasty
stuff such as backwards tape vocals and a real tough bass kick. These
dangerous musicians chop up and serve you your ears like the best of
them." industriai Nation

"AudioAfterBirth succeeds best at its basest level — this album rocks.
These songs are terrifying examples of what can happen when you allow a
pair of naughty punkers with a P-Funk sensibility complete access to
digital sampling equipment." Rockpool

"Like a more hip-hop version of Captain Beefheart." Option
"Imagine if Trent Reznor lived in Minneapolis instead of Cleveland, was
less angry, more obscure, and 4AD put out his record. Got it? Meet P.
Scott Makela and AudioAfterBirth's debut, Commbine." Trip
CD $10.00 CASSETTE $5.00

ONE OF THE
"90 GREATEST
\LBUMS OF THE

vocals create a quiet sadness that's never been
- heard in rap before; the result is one of the
I bleakest expressions of African-American angst
l since Sly and the Family Stone's 'There's a Riot

"Play With Toys sounds like it was recorded with
only a fistful of dollars and a 40-ounce, rendering sad the sonic grandeur
of many high-budget blowhards." Spin

"Every once in a great while, a recording comes out of thin air, without
the fanfare of hype, and simply blows our socks off. Truly the find of the
year, Basehead inhabits a shadowy, damp alcove you'll want to curl up
in again and again." CMJ
"Most arresting album of '91." Pulse

"This is hip-hop wiping the rules of identity off the chalkboard and
loading up a new program. For me, that's the best that pop music can
offer." The Village Voice

"Play With Toys is a concept album that ties rock, funk, blues and honky-
tonk to rap, presenting a cut-and-paste style that should make many
citizens of the now formula-oriented hip-hop nation blush." Rolling Stone
CASSETTE $S.00

"Binary Race's Tom Ware produces a delightful
change of electronic musical direction that
melds the best features of Kraftwerk, 808 State
and Einsturzende Neubauten with a musical
sense of levity that keeps the entire project
light. Уои can imagine all of the comparisons
individually, but please scope these
concurrently. An individual achievement that deserves attention from
electronic music freaks and anyone who enjoys innovation." Rockpool
"This is a fine album, being at once innovative yet accessible, much like
Art of Noise." Alternative Press

"by way of description, imagine a more accessible Negativeland with the
production skills of Trevor Horn. In other words it's very danceable, tricky,
smart and superbly recorded. All tracks are recommended, but you may
want to start with 'Ready', 'Say' and the yoko Ono meets the Art Of Noise
terror af 'No Can Do.'" Hard Report
CD $10.00 CASSETTE $5.00

"This is a refreshing taste of glimmering pop
gems, seamlessly crafted, performed by an
artist who obviously loves the pop form." Gajoob
"A most welcome surprise. It's kind of nice and
a welcome change of pace to see and hear
somebody out there keeping power pop alive
and well." Loafing the Donkey

"Charming poppy songs which are quite clever with delightful bridges,

hooks and riffs. Actually, this is quite brilliant, and a great break,"

EVERY GOOD BOY SOCIAL GRACES
"This is a very quiet album for all its many
instruments; there's a well thought out
atmosphere that is calm and intelligent."
The Splatter Effect

"Unlike too many musicians with a point to
make, Every Good Boy puts as much, maybe
more, faith in their music as in their lyrics, and
that makes a big difference, you have to admire a band nobody's heard of
that writes a no-sel I-out song; you end up liking them when you discover
that you're singing along." Option

"Every Good Boy deliver a packet of seemingly simple music that emotes
complex moods. In a way, you could draw comparisons all day with Every
Good Boy, but the end result would look like a who's who list of
progressive/avant music. It's probably best to simply say this is a one-
of-a-kind disc for the musically adventurous. Social Graces isn't afraid
to venture where others stray. Dig the new breed." Illinois Entertainer
"Every Good Boy takes pop music, slows it down to the pace of the Twin
Peaks soundtrack, and ads enough twists to each song to give this CD an
almost eerie feeling, almost as if Rod Serling had engineered this CD."
Alternative Press
CD $10.00 CASSETTE $5.00

EVERY GOOD BOy BALING WIRE I BUBBLEGUM
"Every Good Boy are anomalous to every decade
in recent memory, but the band's frighteningly
well-developed sense of style and panache with
arrangements have a fearless ambition,
reconciling the late-70s schism between
punk/indie raw emotion and grander, more
'commercial' productions." CM)

"Where many a Manchester band has failed, Every Good Boy has derived

a perfect archival sense of what the 70s psychedelic sound was all about.

Baling Wire & Bubbtegum speaks to this 70s dementia without being the

"James Towning is a maverick in his genre, and
hopefully The Biographic Humm will cause a few
ripples." Rockpool

"Rarely resorting to a monolithic drum track and
never bolstering the songs with blatant ego
gestures, the wizard behind Fact TwentyTwo's
controls employs common mechanical gadgetry
with an unshakable eccentricity that distinguishes this release from
all the automatons, poseurs and techno-terrorists." CMJ
"Sparse, intelligent, sampled keyboard arrangements; and a suave Paddy
McAloon-ish vocal caress in a modest, post-paranoid, nuclear-free
dystopia peopled with tales of shrinking men, sleepwalkers, citizens
Kafka andjae, and the most important man in the world." Option
"Fact TwentyTwo sounds like De pec h e Mode-style electropop slamming
into a wall of rusty factory parts and shortwave radios." Pulse
CASSETTE $5.00

Download and listen to music samples of Emigre CDs,
and read interviews with band members by visiting

COMPACT DISCS I CASSETTES (AVAILABLE ONLY THROUGH EMIGRE)

"I used to think the best thing to come out of
San Antonio aside from Flacojimenez and the
Butthole Surfers was Interstate 35 North, which
is a straight shot at Austin and the promised
land. But hey, here comes this really odd band
called Honey Barbara." Puncture
"If you want to expand y er borders, this is the
place to start." Loafing the Donkey

"Honey Barbara are two, Texan guitarist/bassist/ keyboardists who like
to swap instruments, stand in front of drum machines and spin an
updated, many-layered form of southwestern cactus music. It would be
nice if there was a place in rock'n'roll future for southwestern
eccentrics." The Splatter Effect

"Уои just might love Honey Barbara if you want some really quirky stuff
to sink your brain into. The honey of FeedLotLoopHole isn't sweet. But it's
sure pretty tasty." S-Side
CASSETTE $5.00

From the same musical brain that sprouted
Every Good Boy comes something quite dif¬
ferent. Itchy Pet, produced, written, performed,
arranged and recorded by multi-instrumentalist
Erik Deerly, is a digital sampling extravaganza
infused with a heavy dose of drum 'n' bass.
Intricately composed and assembled in Deerly's
home studio on a Macintosh computer. CD in custom-made
box with 16 page full color booklet plus surprise. Designed by
Rudy VanderLans. Only 500 boxed sets made.
CD $15.00

STEPHEN SHEEHAN INNOCENCE AT WILL

"There's a decidedly European twist to

Sheehan's stylings as he admits to the following

Nile, as well as 4AD artists like Dead Can Dance."

"I find this album brilliant." Manifesto

"It's about time his innovative work is available

in the U.S." The Hard Report

І.,И SUPERCOLLIDER SUPERCOLLIDER
~¿'m "This unit achieves a hypnotic mixture of
Ш jj ¿И aggression and restraint, the sparse and the
„ ^B I lush that recalls minimalist composers at their
■''""'-■ most vital." Rockpool
: , W'-'И "Supercollider's debut is a coolly studied
30-..-." I practice of sophistication and orchestral self-
--■'"' | containment." CMJ
"Because of their grunge-like name and their utter dissimilarity to that
type of sound, Supercollider is a refreshing foray into a more cerebral
type of Nirvana. Perhaps an acquired taste, but the quirkiness ultimately
rewards." Tfirottie

"There are no catchy choruses on this tape, and no crashing crescendos,
either. Oh so calmly, I turn on the boombox and let out a quiet whoop
of enjoyment." File 13
CD $10.00 CASSETTE $5.00

"Starkly beautiful guitar ln' drum clang, over
which world-weary vocals a lajohn Cale lie down
nicely... all of which add up to one of the
sweeter discs to cross this desk recently," Pulse
"Musically and lyrically, it's sparse and often
discordant, always minimalist, and never boring.
Duaf is a shifting string of moods, all somewhat
peaceful and subtly different. Quite an experience." INK
"Supercollider do indeed forge a new musical nomenclature, but in the
name of innovation. Dual is a shard of porcelain removed from Sonic
youth's Sad Moon Rising-, yet it creates a hypnotic mood throughout the

album much like Galaxy 500's On Fire." Alternative Press

"They sound to me like a band made up of Phillip Glass, Steve Reich and

producing and adding an occasional overdub. This is pop music, but it

a single curve plotted on a graph, admirable in its cleanliness and

scientific in its fluctuations. Its absolute, unrelenting insistence on

sterility and its scientific use of synthesized minimalism creates

sculptured, concrete tones, the vocals imparting a sense of existential

melancholy, setting it apart from the kitschiness of modern ambient

grooves, as well as its new-wavey predecessors." CMJ

"This is mood music, pure and not so simple." Grey City Journal

"To my own taste, it's one of the best records of the past year, but it

rock'n'roller. Some may find Supercollider a fitting substitute for Joy

Division, but, frankly, I find them quite worthy in their own right."

WHEN ORDERING ON-LINE, THE ABOVE-LISTED EMIGRE MUSIC CDS
WILL BE SOLD AT $4^9 S AND CASSETTES AT $2^95 !

RELEASES TO THE MUSIC PRESS, STORES AND DISTRIBUTORS. POSTERS ARE FOLDED AND

SHIPPED IN A BOX TOGETHER WITH 8 CDS.

TO BE ELIGIBLE FOR SPECIAL PRICES, ORDERS MUST BE PLACED ON-LINE. TO ORDER, GO TO
EMIGRE'S WEB SITE AT www.emigre.com/EMusic.html

THE APOLLO PROGRAM
THROWING APPLES AT THE SUN
Integrated composition of sound, ¡mages,
poetry and QuickTime movies. Includes 11 fonts.
Designed and produced by Elliott Peter Earls at
The Apollo Program.