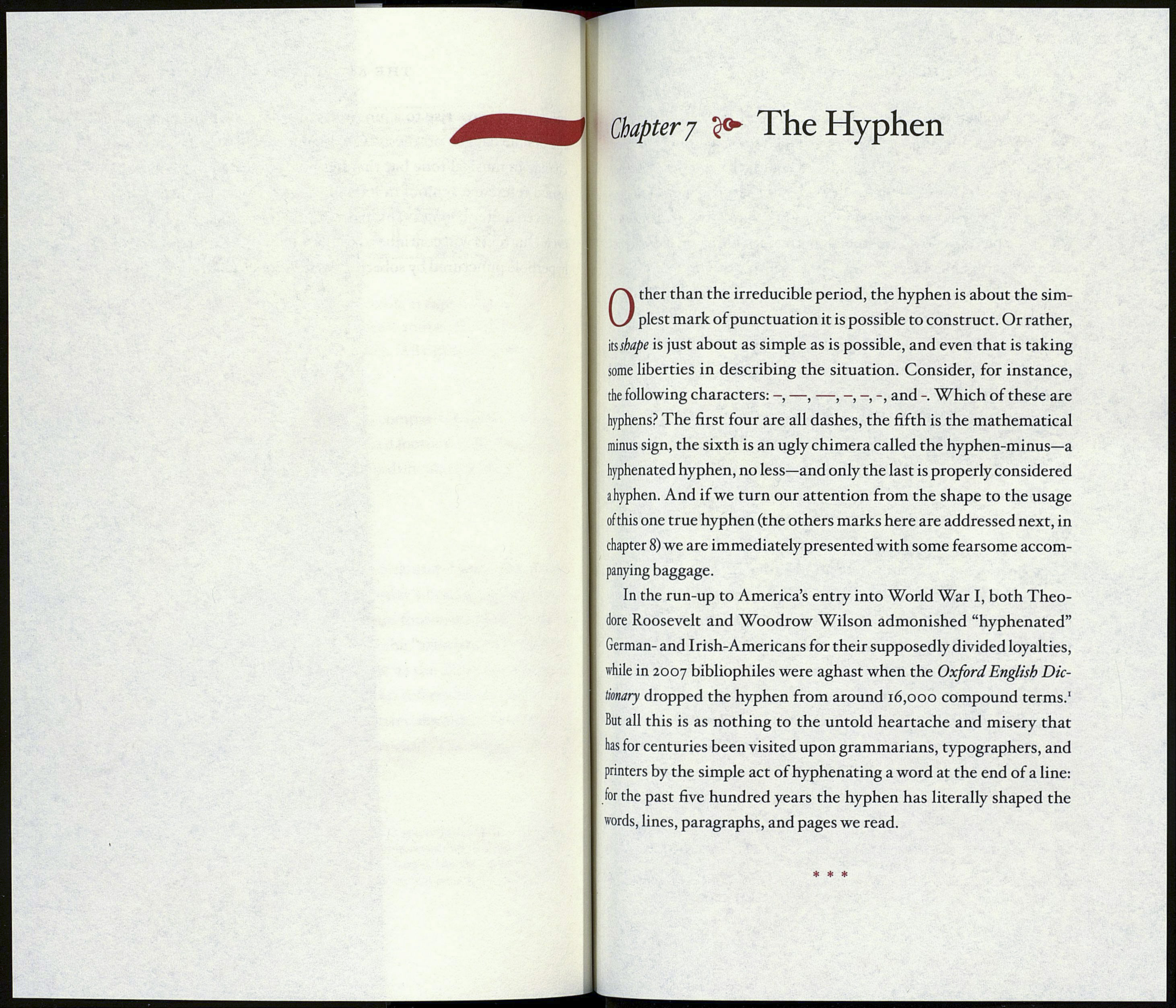 Other than the irreducible period, the hyphen is about the sim¬
plest mark of punctuation it is possible to construct. Or rather,
its shape is just about as simple as is possible, and even that is taking
some liberties in describing the situation. Consider, for instance,
the following characters: -, —, —, -, -, -, and -. Which of these are
hyphens? The first four are all dashes, the fifth is the mathematical
minus sign, the sixth is an ugly chimera called the hyphen-minus—a
hyphenated hyphen, no less—and only the last is properly considered
a hyphen. And if we turn our attention from the shape to the usage
of this one true hyphen (the others marks here are addressed next, in
chapter 8) we are immediately presented with some fearsome accom¬
panying baggage.

In the run-up to America’s entry into World War I, both Theo¬
dore Roosevelt and Woodrow Wilson admonished “hyphenated”
German- and Irish-Americans for their supposedly divided loyalties,
while in 2007 bibliophiles were aghast when the Oxford English Dic¬
tionary dropped the hyphen from around 16,000 compound terms.1
But all this is as nothing to the untold heartache and misery that
has for centuries been visited upon grammarians, typographers, and
printers by the simple act of hyphenating a word at the end of a line:
for the past five hundred years the hyphen has literally shaped the
words, lines, paragraphs, and pages we read.