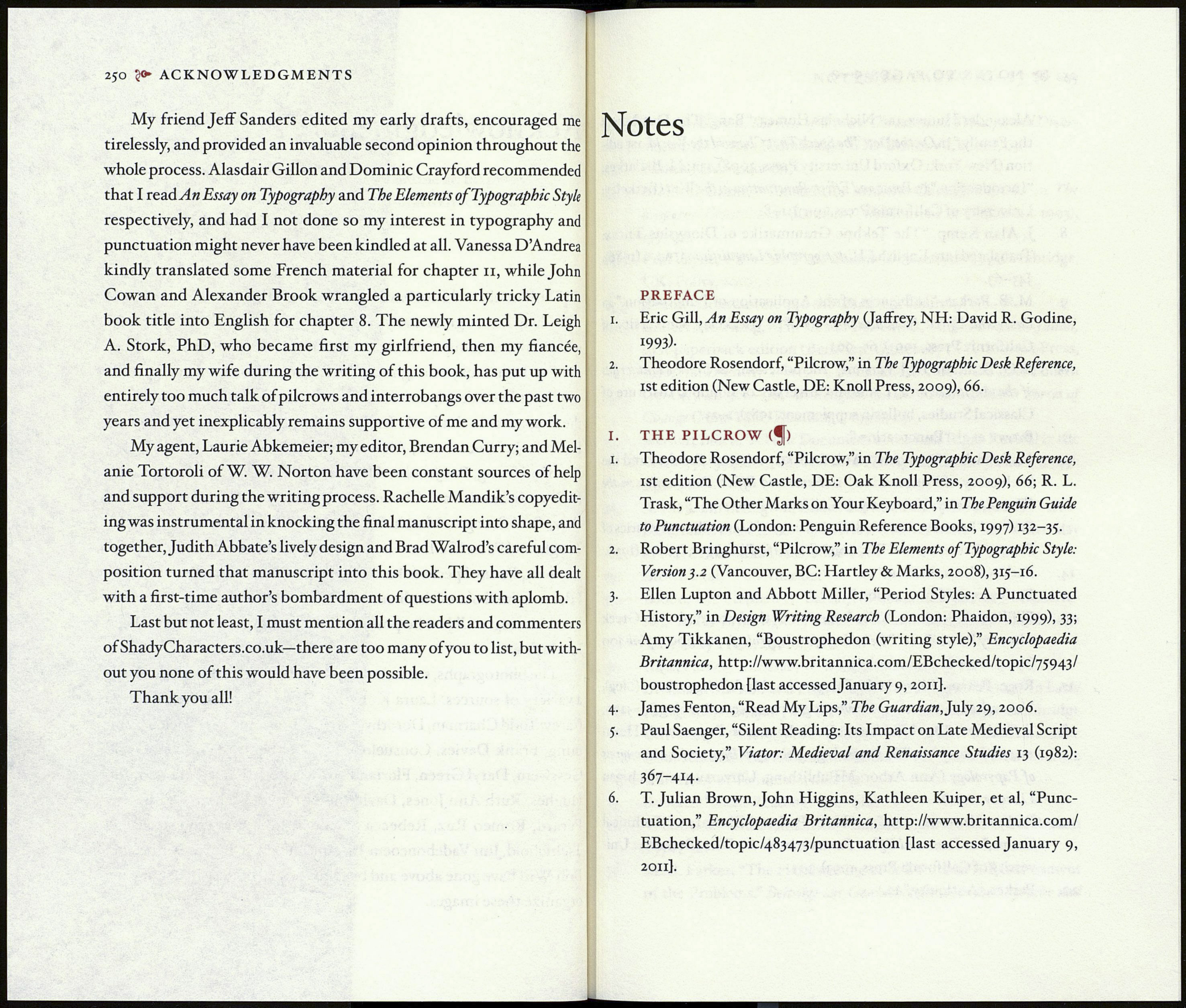 My friend Jeff Sanders edited my early drafts, encouraged me
tirelessly, and provided an invaluable second opinion throughout the
whole process. Alasdair Gillon and Dominic Crayford recommended
that I read An Essay on Typography and The Elements of Typographic Style
respectively, and had I not done so my interest in typography and
punctuation might never have been kindled at all. Vanessa D’Andrea
kindly translated some French material for chapter n, while John
Cowan and Alexander Brook wrangled a particularly tricky Latin
book title into English for chapter 8. The newly minted Dr. Leigh
A. Stork, PhD, who became first my girlfriend, then my fiancée,
and finally my wife during the writing of this book, has put up with
entirely too much talk of pilcrows and interrobangs over the past two
years and yet inexplicably remains supportive of me and my work.

My agent, Laurie Abkemeier ; my editor, Brendan Curry; and Mel¬
anie Tortoroli of W. W. Norton have been constant sources of help
and support during the writing process. Rachelle Mandik’s copyedit-
ing was instrumental in knocking the final manuscript into shape, and
together, Judith Abbate’s lively design and Brad Walrod’s careful com¬
position turned that manuscript into this book. They have all dealt
with a first-time author’s bombardment of questions with aplomb.

Last but not least, I must mention all the readers and commenters
of ShadyCharacters.co.uk—there are too many of you to list, but with¬
out you none of this would have been possible.