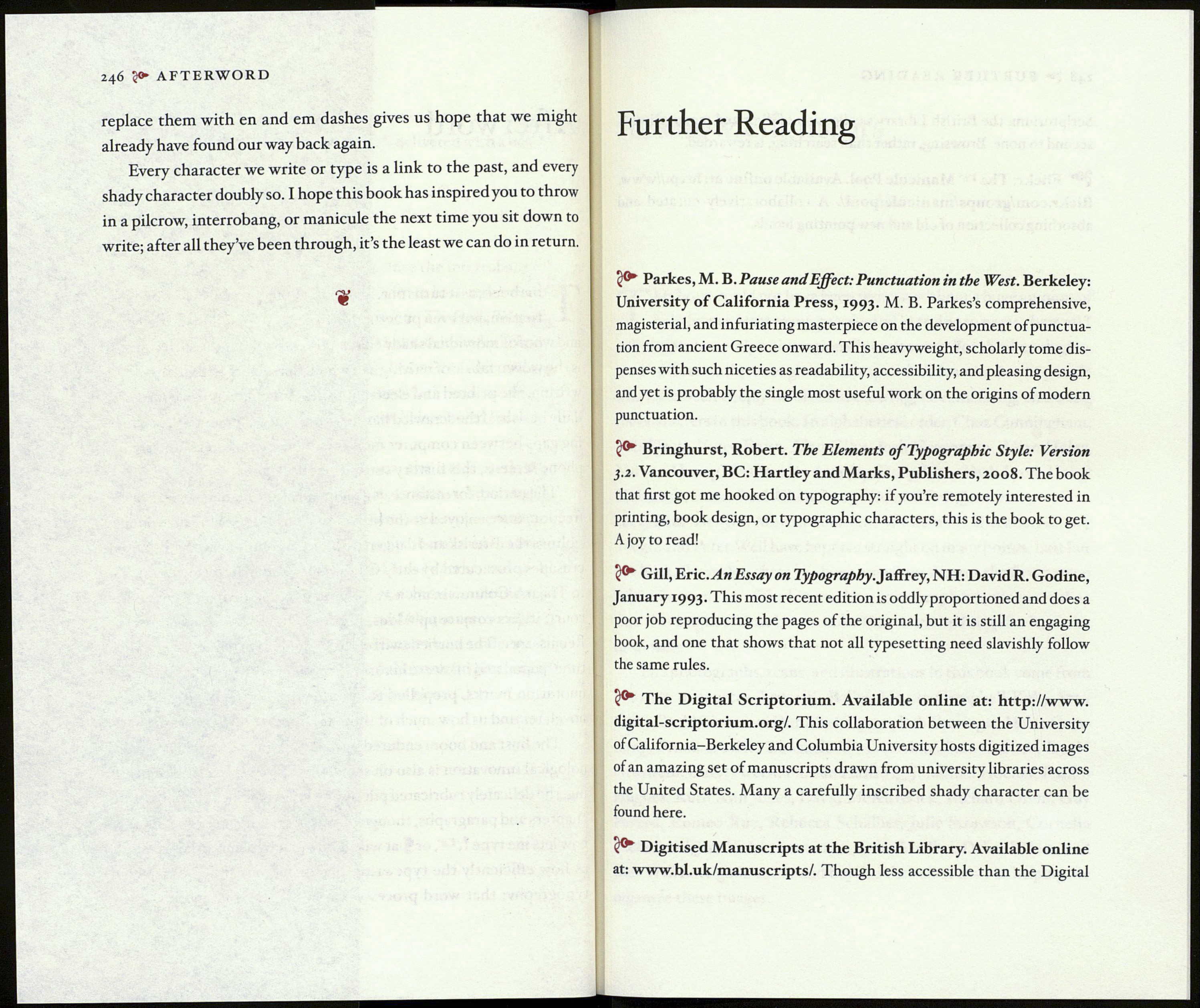 replace them with en and em dashes gives us hope that we might
already have found our way back again.

Every character we write or type is a link to the past, and every
shady character doubly so. I hope this book has inspired you to throw
in a pilcrow, interrobang, or manicule the next time you sit down to
write; after all they’ve been through, it’s the least we can do in return.

Parkes, М. В .Pause and Effect: Punctuation in the West. Berkeley:
University of California Press, 1993. М. B. Parkes’s comprehensive,
magisterial, and infuriating masterpiece on the development of punctua¬
tion from ancient Greece onward. This heavyweight, scholarly tome dis¬
penses with such niceties as readability, accessibility, and pleasing design,
and yet is probably the single most useful work on the origins of modern
punctuation.

^ Bringhurst, Robert. The Elements of Typographic Style: Version
J.2. Vancouver, BC: Hartley and Marks, Publishers, 2008. The book
that first got me hooked on typography: if you’re remotely interested in
printing, book design, or typographic characters, this is the book to get.
A joy to read!

3^ Gill, Eric. Ля Essay on Typography. Jaffrey, NH: David R. Godine,
January 1993. This most recent edition is oddly proportioned and does a
poor job reproducing the pages of the original, but it is still an engaging
book, and one that shows that not all typesetting need slavishly follow
the same rules.

The Digital Scriptorium. Available online at: http://www.
digital-scriptorium.org/. This collaboration between the University
of California-Berkeley and Columbia University hosts digitized images
of an amazing set of manuscripts drawn from university libraries across
the United States. Many a carefully inscribed shady character can be
found here.

3^ Digitised Manuscripts at the British Library. Available online
at: www.bl.uk/manuscripts/. Though less accessible than the Digital