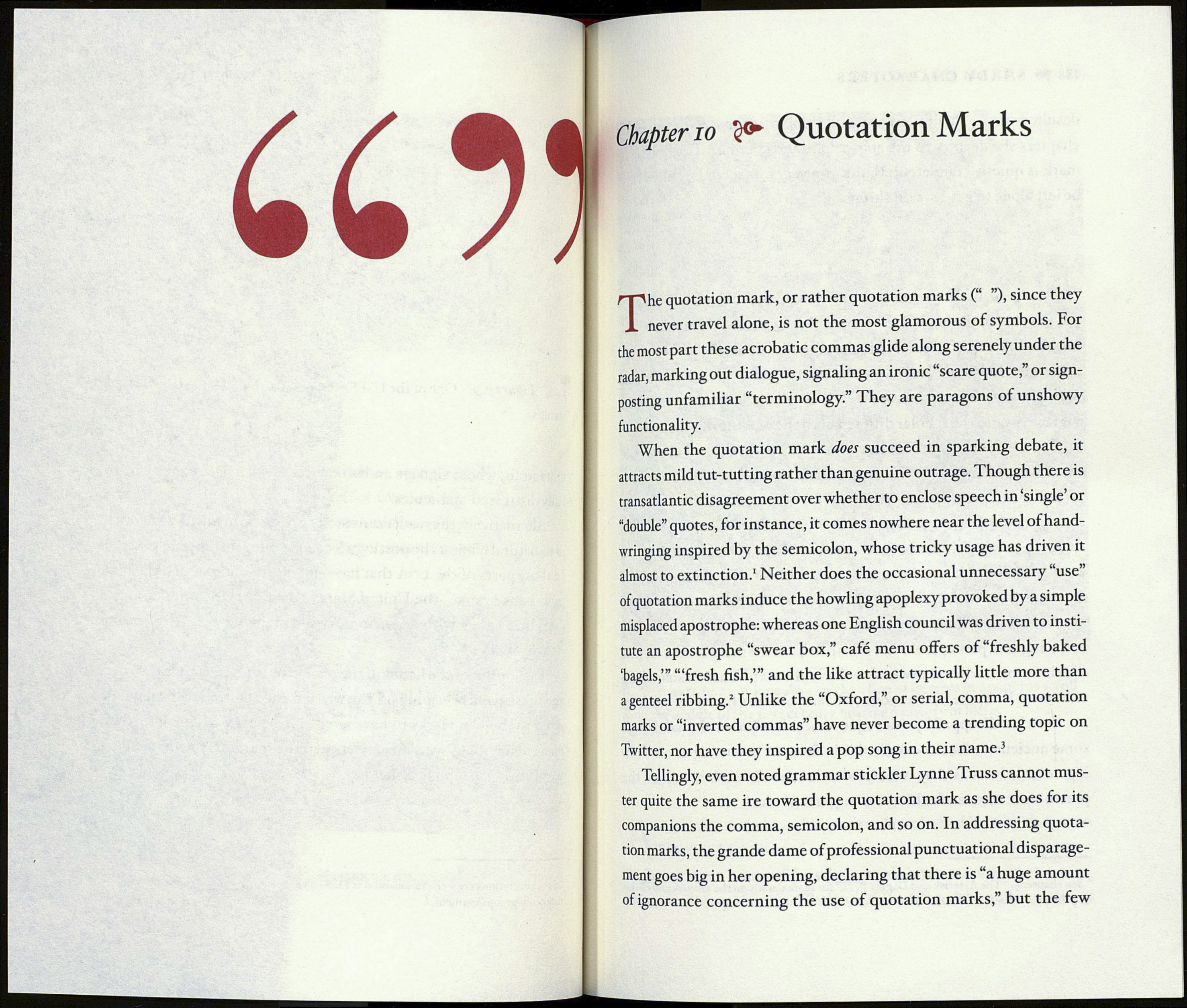 The quotation mark, or rather quotation marks (“ ”), since they
never travel alone, is not the most glamorous of symbols. For
the most part these acrobatic commas glide along serenely under the
radar, marking out dialogue, signaling an ironic “scare quote,” or sign¬
posting unfamiliar “terminology.” They are paragons of unshowy
functionality.

When the quotation mark does succeed in sparking debate, it
attracts mild tut-tutting rather than genuine outrage. Though there is
transatlantic disagreement over whether to enclose speech in ‘single’ or
“double” quotes, for instance, it comes nowhere near the level of hand-
wringing inspired by the semicolon, whose tricky usage has driven it
almost to extinction.' Neither does the occasional unnecessary “use”
of quotation marks induce the howling apoplexy provoked by a simple
misplaced apostrophe: whereas one English council was driven to insti¬
tute an apostrophe “swear box,” café menu offers of “freshly baked
‘bagels,’” “‘fresh fish,’” and the like attract typically little more than
a genteel ribbing.2 Unlike the “Oxford,” or serial, comma, quotation
marks or “inverted commas” have never become a trending topic on
Twitter, nor have they inspired a pop song in their name.3

Tellingly, even noted grammar stickler Lynne Truss cannot mus¬
ter quite the same ire toward the quotation mark as she does for its
companions the comma, semicolon, and so on. In addressing quota¬
tion marks, the grande dame of professional punctuational disparage¬
ment goes big in her opening, declaring that there is “a huge amount
of ignorance concerning the use of quotation marks,” but the few