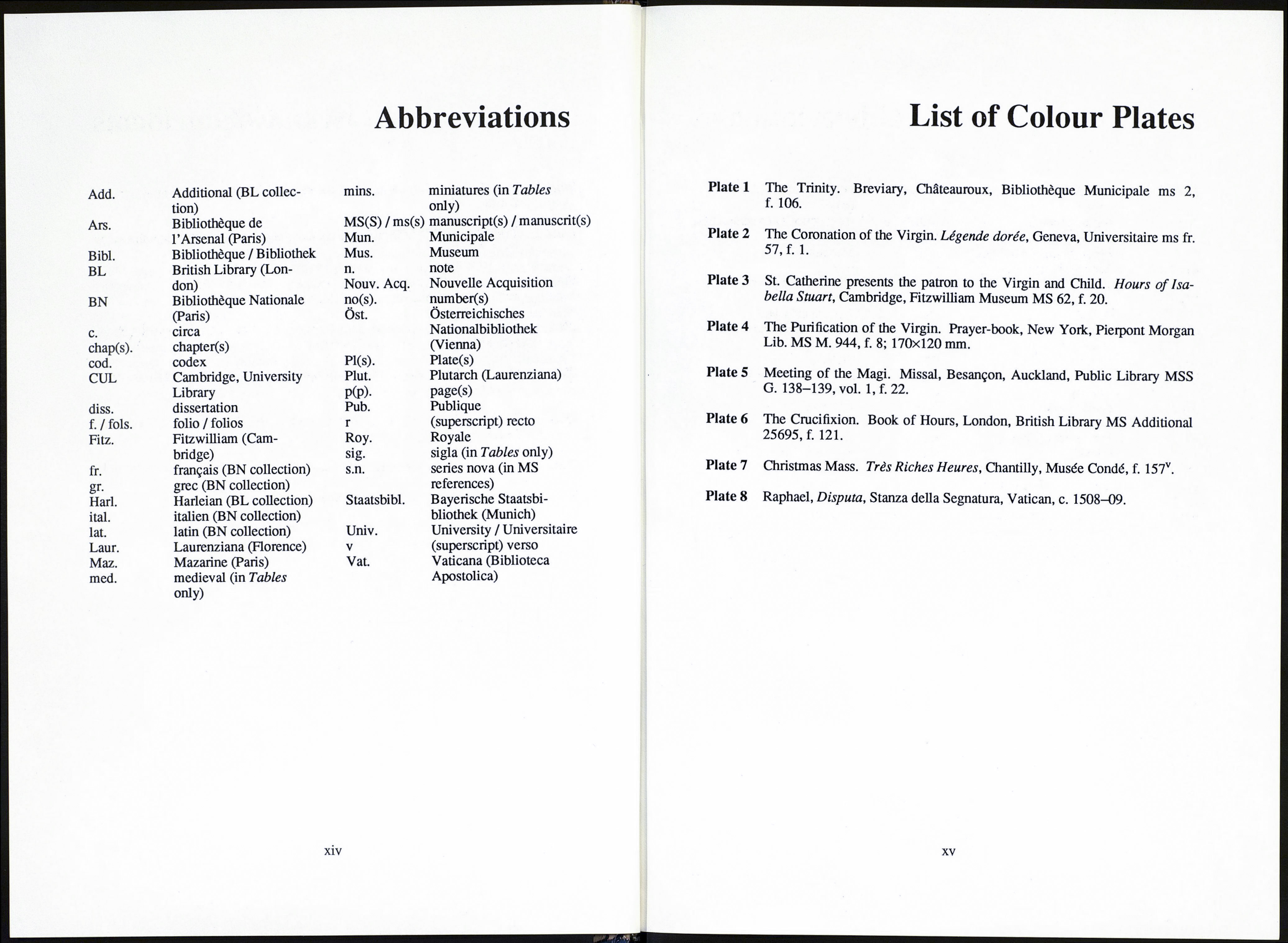 Bernard J. Muir is an Associate Dean of the Faculty of Arts and a Senior Lecturer
in the English Department at The University of Melbourne, where he lectures in
Anglo-Saxon literary and cultural studies; he is also Co-ordinator for the M.A. in
Medieval Studies. His publications include A Pre-Conquest English Prayer-book
(Boydell Press, 1988) and LeoÖ : Six Old English Poems (Gordon and Breach,
1989). He is currently preparing a new edition of the tenth century Exeter Book.

Joan Naughton has recently changed career direction—from research and publica¬
tion in the field of lipid metabolism and nutrition to the study of medieval art and its
context. She is presently completing a doctorate on the extant manuscripts from the
royal foundation for Dominican nuns at Poissy.

Cecilia O’Brien is a lecturer in Medieval and Renaissance art history in the Depart¬
ment of Fine Arts, The University of Melbourne. She has previously published on
Italian liturgical and devotional manuscripts, and is currently engaged in research on
liturgical aspects of Julius II’s artistic patronage.

Judith Pearce is a librarian and a medievalist. Her doctoral dissertation on the
Salisbury Breviary was undertaken in medieval studies at the Australian National
University, Canberra, and was awarded the J.G. Crawford Prize.

Vera F. Vines is a Research Fellow in the Department of Fine Arts at The Univer¬
sity of Melbourne. A former research scientist, her present specialist field is late
medieval Northern Art. Her publications include a paper on the Flemish artist
Jacques Daret. With Margaret M. Manion (et al.) she produced the two volume
catalogue of Australasian manuscripts (referred to above). She is currently investi¬
gating fifteenth century French regional centres of manuscript production.

Illustrations are reproduced from the collections of the following institutions with
their permission:

This volume has been produced with the assistance of grants from:

The articles by Manion, Muir, O’Brien and Vines are the result of research sup¬
ported by the Australian Research Grants Council.

The Helen Schutt Trust has also generously supported this research.

We should like to express our appreciation to Mary Weither of Harwood Academic
Publishers and Gordon and Breach Publishers for her care, advice and interest in the
production of this book.