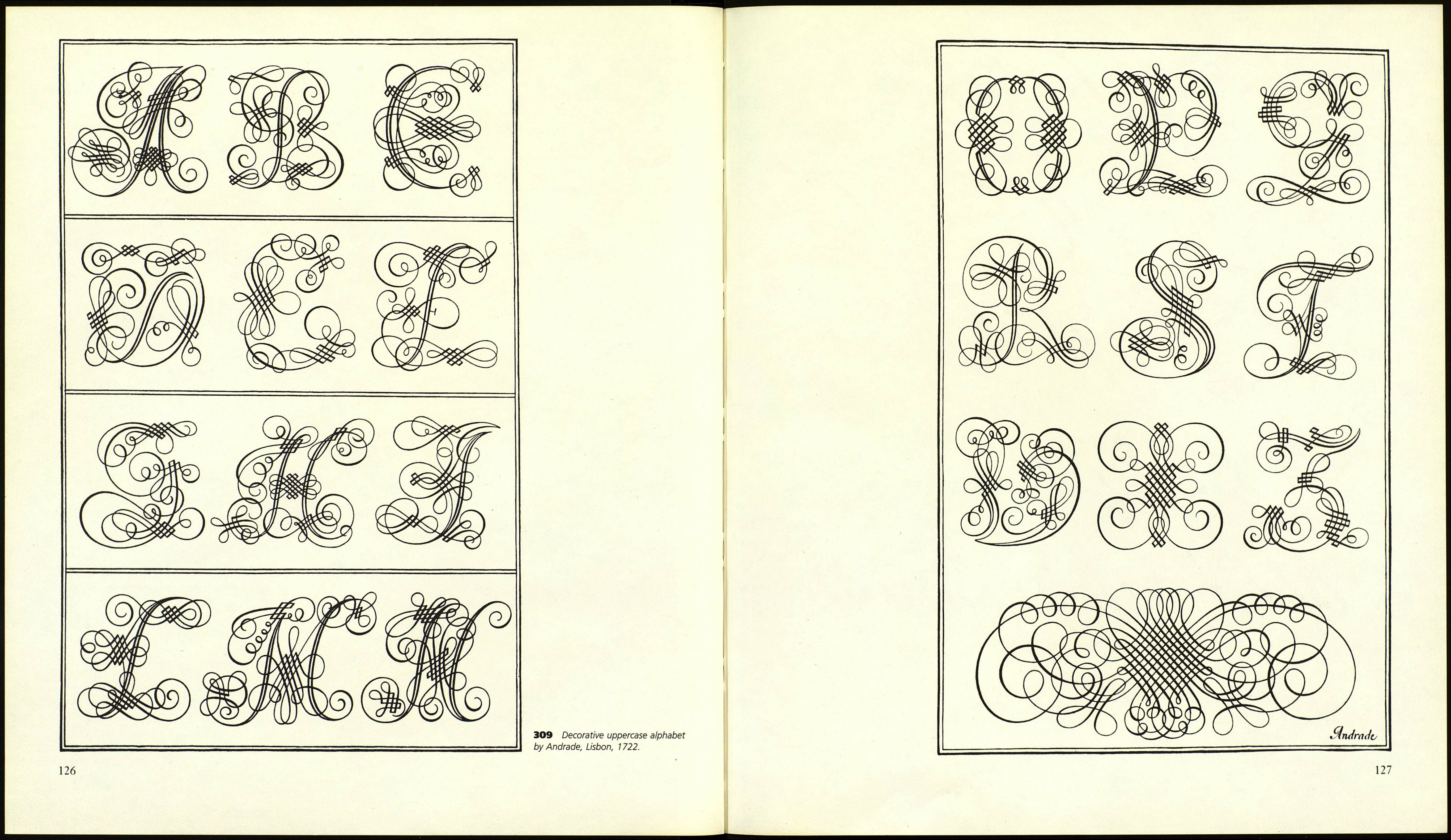 During the time of the high baroque,
scripts were not written with wide pens,
but with pointed ones. Ascenders and
descenders were embellished decora-
tively and with great virtuosity, while the
middle sections of the letters slowly de¬
teriorated. Outstanding calligraphers of
the time were the Dutchman Jan van
den Velde, the Frenchmen Francois
Desmoulins and Louis Barbedor, and
the Spaniard Juan de Polanco. Engraving
techniques tempted them into increas¬
ingly perfected artistry.

The Latin cursive lost its vitality dur¬
ing the eighteenth and nineteenth cen¬
turies. The pointed quill, and later the
steel nib, produced sharp lines and ever
more similar forms. Engraving became
the desired model of handwriting. Eng¬
land led the way in this development and
drew all of Europe behind her. The
effects are still felt in spite of several
reforms of the methods used to teach
schoolchildren. Several typefaces were
modeled after the English pattern.