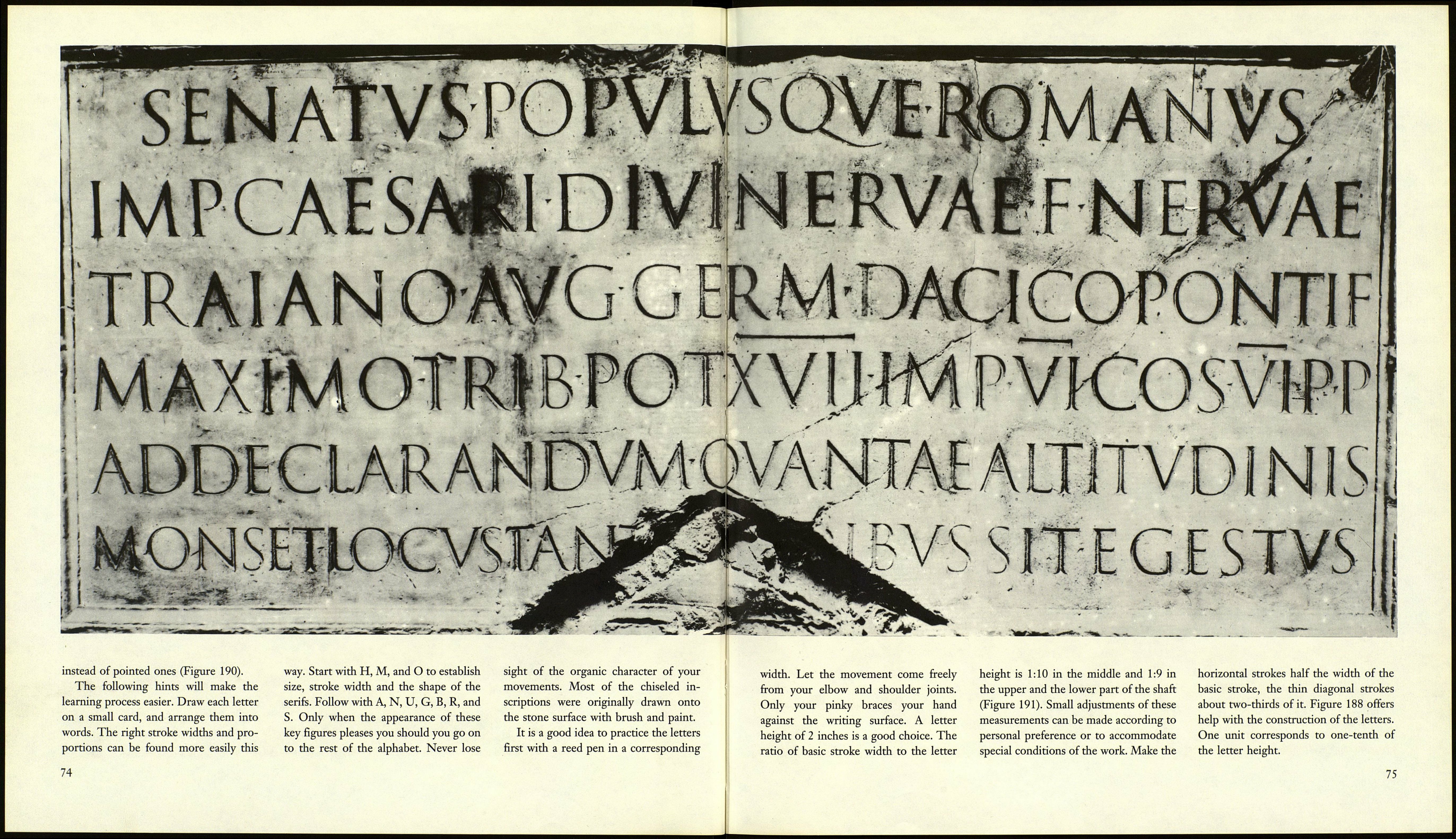 The geometric forms of the western
Greek letters form the basis for Roman
capitals: square, rectangle, triangle, and
circle. It is a monumental writing style,
used for inscriptions and closely tied to
architecture in character and propor¬
tions. To the end of the first century
B.C. Roman monumental writing was a
style of even stroke widths, without
serifs. These developed with an ever-
improving technique of chiseling. In
later inscriptions it is frequently evident
that serifs are formed in an attempt to
duplicate the brush strokes of the under¬
lying design exacdy. The contrasting
thick and thin lines resulted from the
differing angles at which brush or chisel
were held. Characteristics caused by ma¬
terials and tools became design princi¬
ples. When Roman statesmanship and
culture was at its zenith, so was the
art of the Roman capital. It was a style
in its own right, best exemplified by the
inscription at the base of Trajan's Col¬
umn, which dates from the second cen¬
tury A.D. (Figure 187).

In addition to chiseled inscriptions,
lead or bronze letters were riveted to
stone. An ornamental variation was
achieved here with bifurcated serifs.

Passing through various changes in
earlier centuries, the roman capital style
saw its renaissance in the fifteenth and
sixteenth centuries and is still with us
today.

The letters shown in Figures 188 and
189 do not exactly correspond to the
letters on Trajan's Column, which does
not include the letters H, J, K, U, W, Y,
and Z. These have been added to the
illustration. There are two variations
each of A, M, and N. Many inscriptions
show these letters with blunt upper ends

187 Inscription from the base of Trajan's
Column, Rome, 113 a.d. (Photo from the Vic¬
toria and Albert Museum, London.)