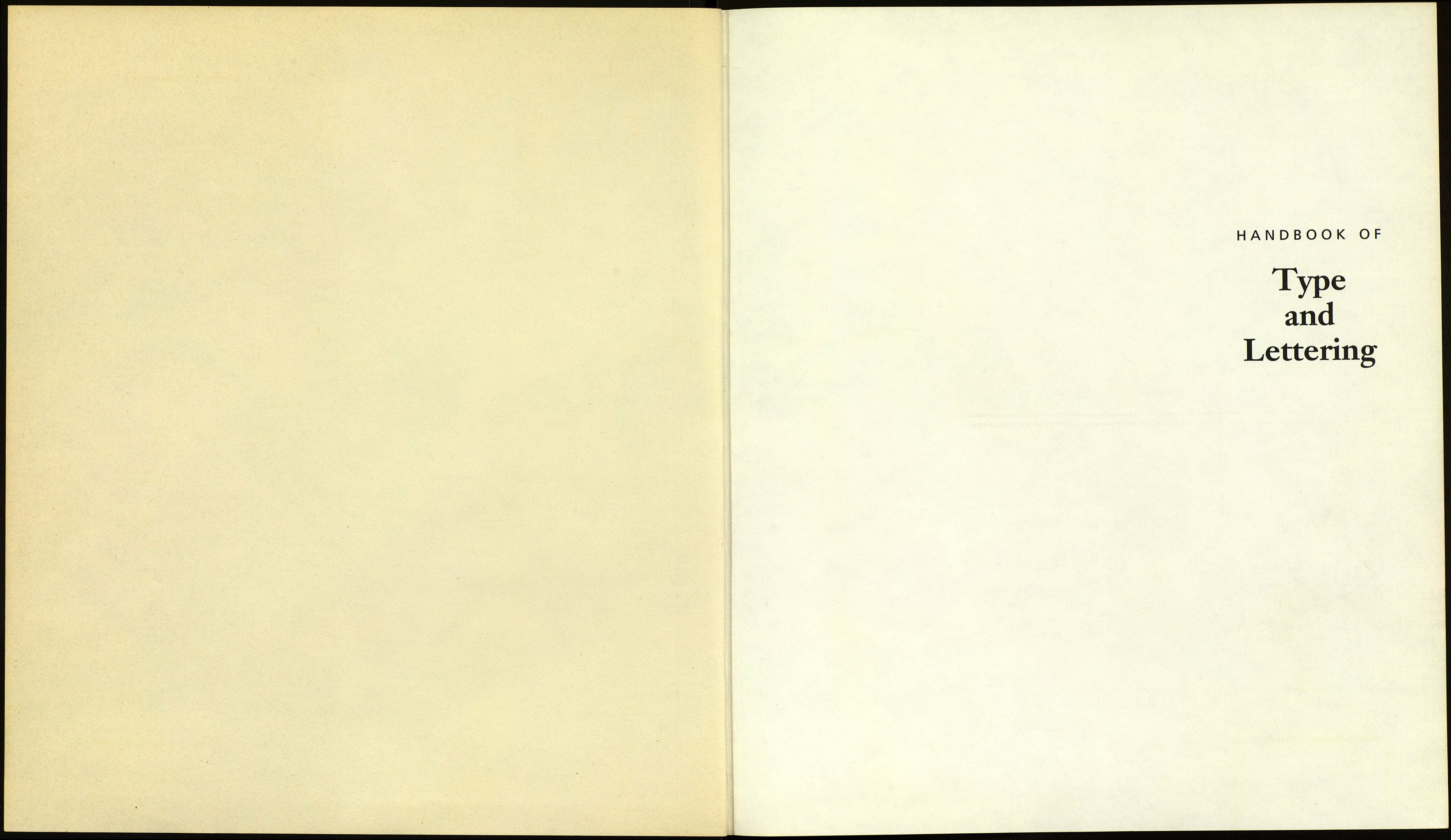 Handbook of Type and Lettering

This is a practical manual of type and
lettering which is concerned both with
the design of lettering and type, and
the way in which these two elements
should be used, alone or in
combination.

It offers essentially a grammar of design
based on the best examples from all
periods, ranging from ancient Roman
inscriptions and Bodoni's Manuale
Tipografico, to some of the latest
twentieth-century typographic
inventions.

The grammar, however, is only the
underlying structure of visual language,
and the author argues that creativity in
graphic design comes in fact from the
manipulation of the lettering and type
elements, and the occasional breaking
of the rules.

Chapter 1 deals with the basic building
blocks of design on the page- contrast,
rhythm, size, colour, movement,
optical effects, letter-, line-, and word-
spacing. Chapter 2 covers writing tools
and simple lettering techniques, while
Chapter 3 moves on to consider more
sophisticated lettering forms and the
development of typefaces. Chapter 4
offers an overview of some of the many
practical applications to which type
and lettering are put by designers, and
Chapter 5 gives illustrations of some
recent examples of lettering and type
at work, whether on the printed page,
on posters, or on buildings.

Continued on back flap