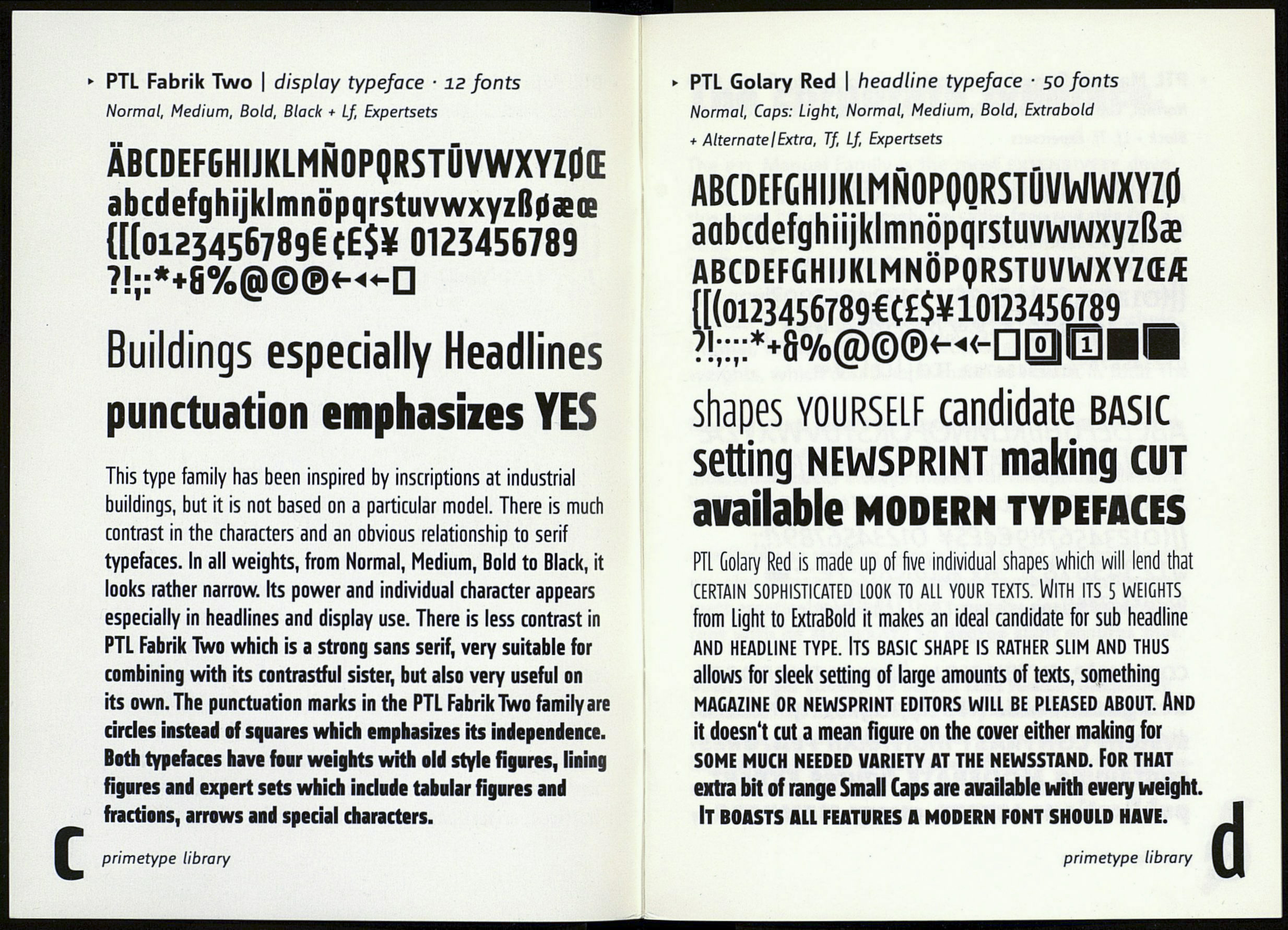 This type family has been inspired by inscriptions at industrial
buildings, but it is not based on a particular model. There is much
contrast in the characters and an obvious relationship to serif
typefaces. In all weights, from Normal, Medium, Bold to Black, it
looks rather narrow. Its power and individual character appears
especially in headlines and display use. There is less contrast in
PTL Fabrik Two which is a strong sans serif, very suitable for
combining with its contrastful sister, but also very useful on
its own. The punctuation marks in the PTL Fabrik Two family are
circles instead of squares which emphasizes its independence.
Both typefaces have four weights with old style figures, lining
figures and expert sets which include tabular figures and
fractions, arrows and special characters.

CERTAIN SOPHISTICATED LOOK TO ALL YOUR TEXTS. WITH ITS 5 WEIGHTS

AND HEADLINE TYPE. ITS BASIC SHAPE IS RATHER SLIM AND THUS

allows for sleek setting of large amounts of texts, something

MAGAZINE OR NEWSPRINT EDITORS WILL BE PLEASED ABOUT. AND

SOME MUCH NEEDED VARIETY AT THE NEWSSTAND. FOR THAT

extra bit of range Small Caps are available with every weight.

ІТ BOASTS ALL FEATURES A MODERN FONT SHOULD HAVE.