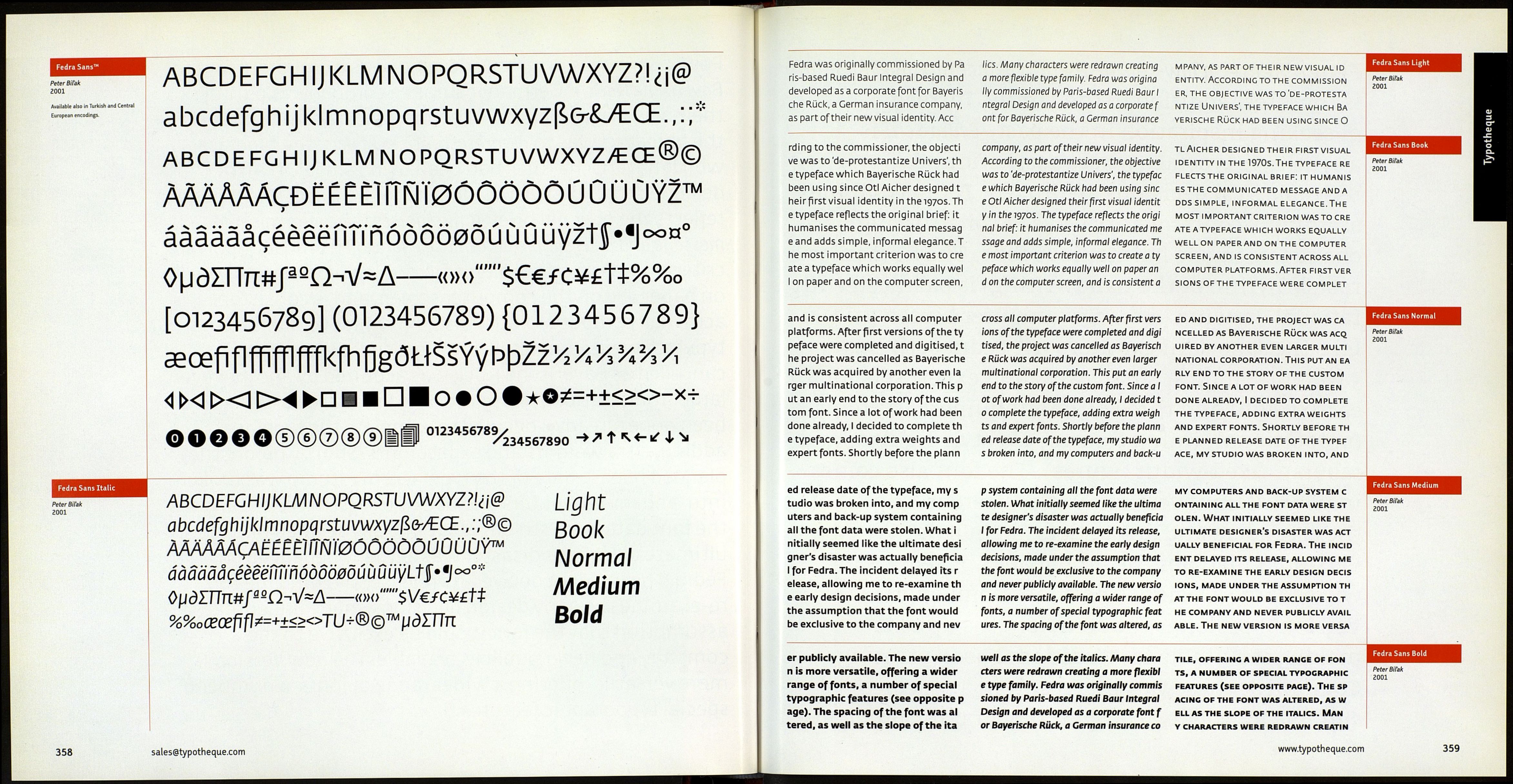 Typotheque is an independent type foundry based in
The Hague, The Netherlands. Principal designer and founder
Peter Bil'ak has built a set of unique, high-quality text and
display faces, with a complete character sets, thoroughly
tested, manually kerned and hinted.

Typotheque fonts are available for PC and Macintosh in
PostScript, TrueType and (soon) OpenType.

In addition to developing the retail library, Typotheque
specializes in developing custom type solutions for a variety
of applications, in standard Western, and custom encodings.

Fedra Sans was originally developed as a corporate font for
Bayerische Rück, a German insurance company, as part of
their newvisual identity. According to the commissioner,
the objective was to de-protestantize Univers, the typeface
which Bayerische Rück had been using since Otl Aicher
designed theirfirst visual identity in the 1970s.The type-face
reflects the original brief: it humanises the communicated
message and adds simple, informal elegance. The most important
criterion was to create a typeface which works equally well
on paper and on the computer screen, and is consistent
across all computer platforms.«J After first versions of the
typeface were completed and digitised, the project was
cancelled as Bayerische Rück was acquired by another even
larger multinational corporation.fJ Since a lot of work had
been done already, I decided to complete the typeface,
adding extra weights and expert fonts. Shortly before the
planned release date of the typeface, my studio was broken
into, and my computers and back-up system containing all
the font data were stolen. What initially seemed like the
ultimate designer's disaster was actually beneficial for
Fedra.The incident delayed its release, allowing meto
re-examine the early design decisions, made under the
assumption that the font would be exclusive to the
company and never publicly available. The new version is
more versatile, offering a wider range of fonts, a number of
special typographic features.€J