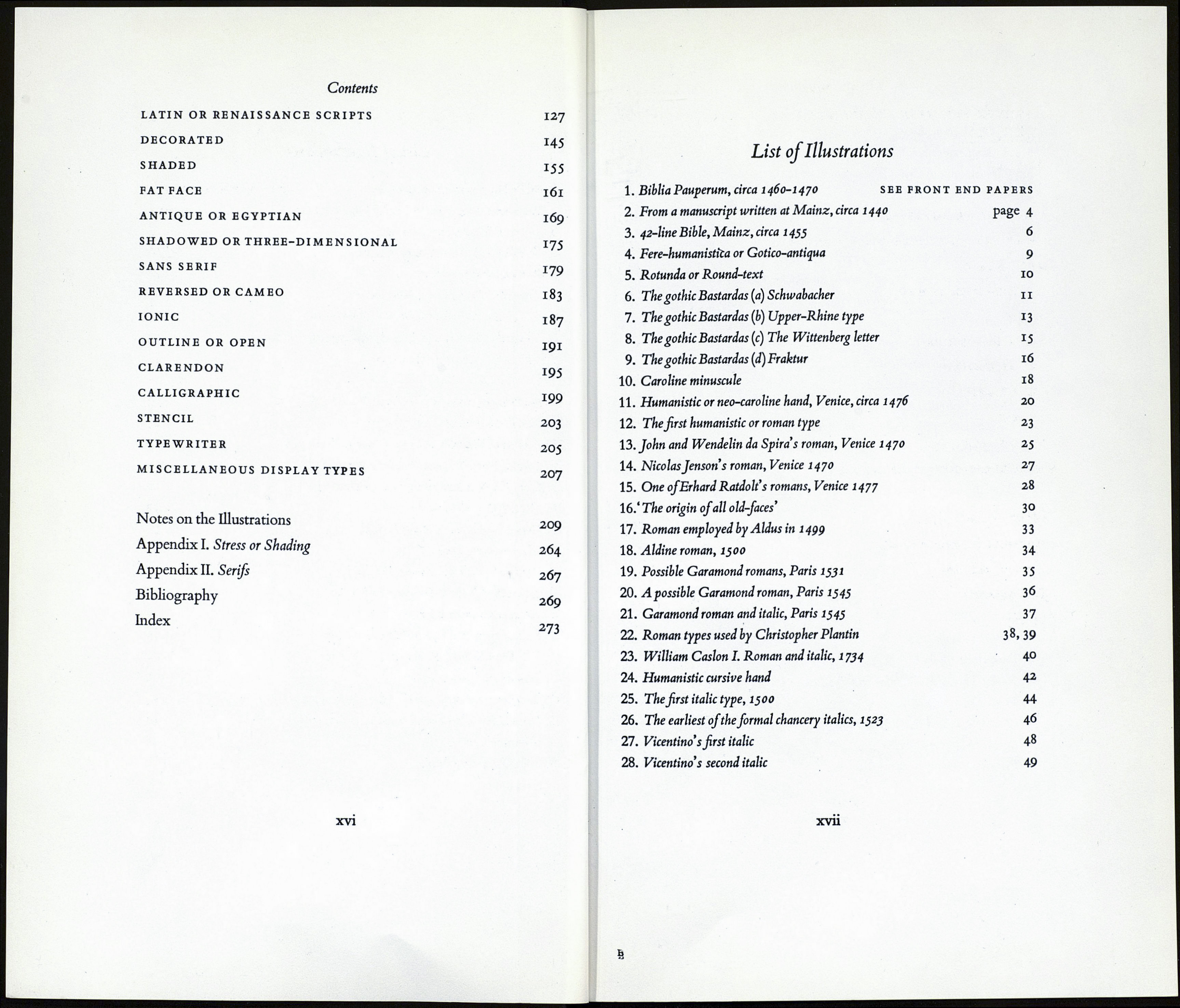 The illustrations are, subject to the groupings, to the availability of
particular examples, & to the exigencies of make-up, arranged chrono¬
logically also.They are printed, within photographic limits, in facsimile,
size precluding such a course only rarely. Although the decision to print
in facsimile meant that page margins would have to be sacrificed Sc only
part of a page could be shown on quite a number of occasions these
courses seemed preferable to reducing the size of a very large number of
the specimens considerably .The method of reproduction, line engrav¬
ing, leaves much to be desired. We rejected fine screen halftone because
it would have meant, with the make-up envisaged, printing the сопіт
píete book on coated paper. Collotype, the ideal process, was precluded
on the score of cost. Lithography, the next choice, & preferable to both
line engraving or halftone, was not available at the Press when this book
was printed.

Within each group will be found a short list of contemporary ex¬
amples where these have been cut.That some of the types named are no
longer available, that is, are not being cast—either through lack of de¬
mand or because the foundries which produced them have ceased to ex¬
ist or have been taken over by other foundries—does not invalidate them
in the least as examples: founders' or printers' specimens or other repro¬
ductions of these 'lost' faces are available to the student for reference.

From the very large range of alphabetic type specimens issued in re¬
cent years by trade typesetting houses, by typefounders, & by printers,
readers may build up their own collections for the purposes of identifi¬
cation and of study.

PART I
THE BOOKTYPES

The Group which is the contemporary oj old-face roman

THE INTERMEDIATE OR TRANSITIONAL ROMANS
THE MODERN-FACE ROMANS