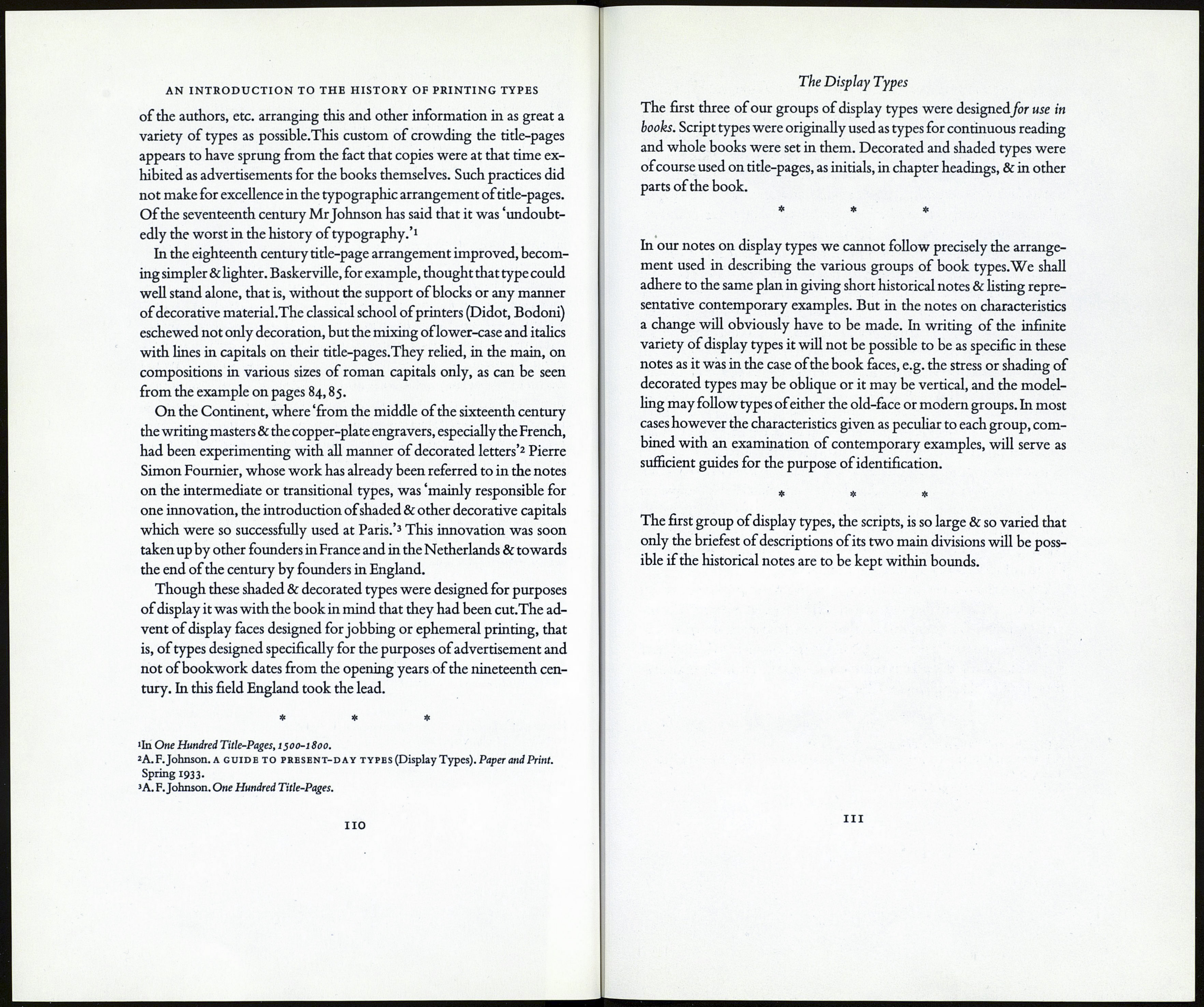 A u reus bien u merus : lu ne ; folifqj labores

From the time of the invention of printing in Europe up to the begin¬
ning of the nineteenth century display types as we know them, that is,
types designed specifically for use in jobbing or ephemeral printing
did not exist : there was no call for them. Up to that time to be a printer
meant to be a printer of books and even in books it was not until some
time after 15001 that the page which of all others in a book affords the
best opportunity for the use of display types began to be used and ac¬
cepted as part of a normal format. In the sense in which we are familiar
with them, title-pages in manuscript books were unknown, & in print¬
ing, the information later given on the title-page was, up to the early six¬
teenth century, usually to be found in the colophon.

When title-pages were first used they were frequently set in the size
of type used for the text of the book. Occasionally a larger type was
used or the words were cut on a wood block. But such simple arrange¬
ments were soon to be superseded by title-pages set in larger types,
often in capitals. Black-letter was mixed with roman on these pages
and lines in italic were frequently used. By about 1530 large sizes of
lower-case began to be employed but in the following century printers
reverted to the use of large, heavy capitals. They also crowded these
pages, including for instance notes on the contents, the qualifications

•Of books with a 'fully developed tide-page, giving title, author, and full imprint, Dr
Haebler, the German authority on incunabula, knows of only one instance in the fifteenth
century.' A.F.Johnson in One Hundred Title-Pages, 150 0-1 Soo.John Lane, London. 1928.
The most interesting part of this rather dull and heavy page—it has four lines of large
woodcut lettering in addition to a considerable amount of minor display matter—all in
black-letter—is the pleasant, decorative initial I.