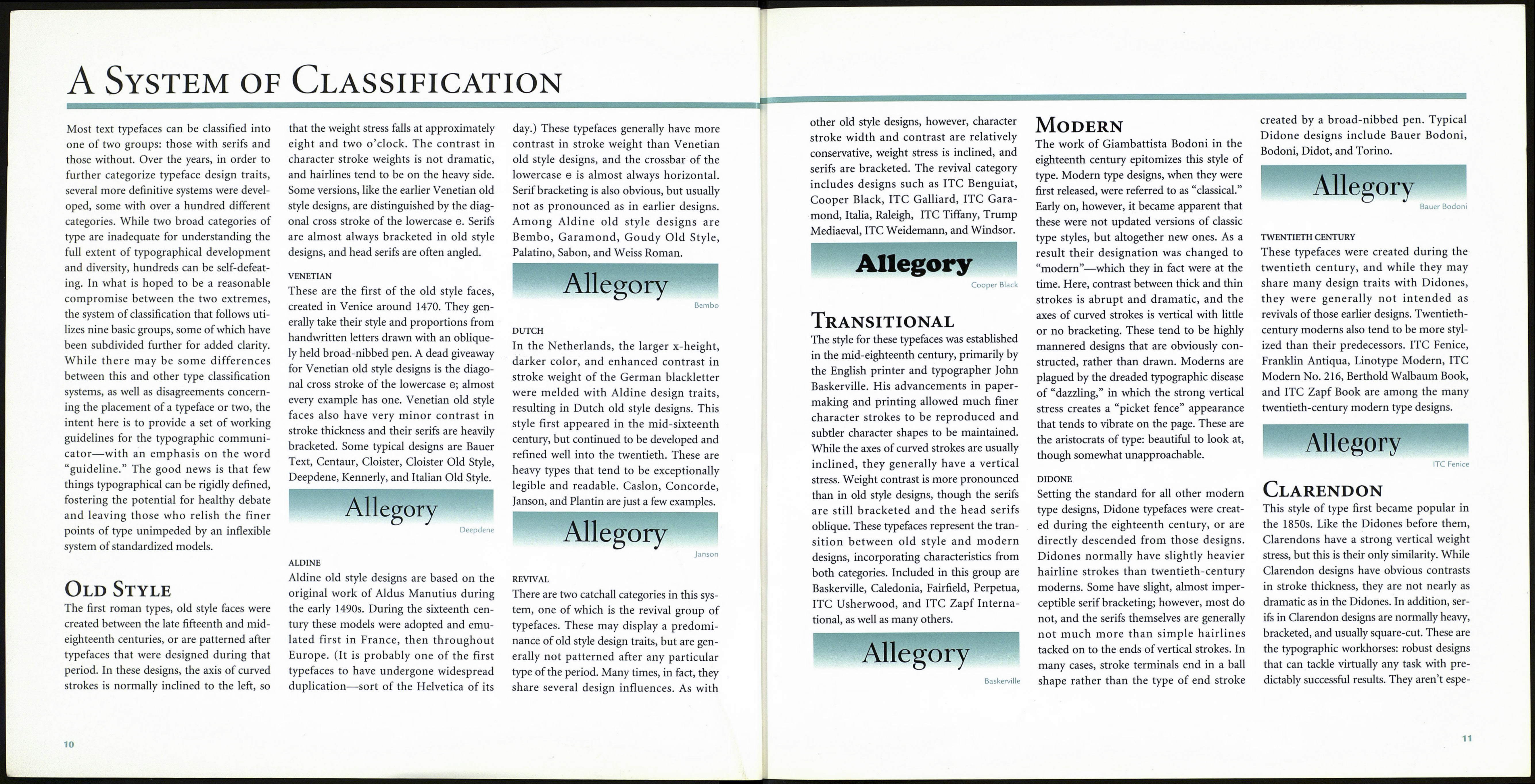 Writing and pictorial art evolved from the
same human impulse—to represent and
depict things, concepts, and events, and by
doing so to somehow possess and dominate
an otherwise enigmatic and indomitable
world.

Writing is words made visible. In the
broadest sense, it is everything—pictured,
drawn, or arranged—that can be turned
into a spoken account. The fundamental
purpose of writing is to convey ideas. Our
ancestors, however, were designers long
before they were writers, and in their pic¬
tures, drawings, and arrangements, design
played a prominent role in communica¬
tion from the very beginning.

The Latin alphabet began as simple
forms scribed with reed or stylus. Today
these same letters are constructed in elec¬
tronic bits. All of the alphabets shown in

this book were created with design soft¬
ware on a computer terminal. While some
are modern interpretations of typefaces
created over 500 years ago and others
mimic the strokes of the calligrapher’s
brush, the lineage of nearly all our letters
can be traced to the earliest Phoenician let-
terforms of 1500 B.C.

Alphabet is about the history and design
of the Latin alphabet—the very letters you
are reading. It is intended for those who
work with, design with, or just want to
learn a little more about the letters of our
alphabet. I wrote Alphabet simply because I
love letters, and delight in their sensual
forms and communicative potential. If the
basis of all writing is the desire to tell, then
Alphabet is my account of the history,
beauty, and power of letters. It describes
how the monumental capitals (the alphabet

inscribed on ancient Roman monuments
and architecture) evolved from their earli¬
est pictorial ancestors to the letters we use
today. It is also about the history of our
lowercase alphabet, the origin of our num¬
bers, and why our punctuation looks the
way it does. In addition, Alphabet is about
how these characters are created so that
their proportions are correct and their
forms pleasing. For those readers who are
new to the subject of typography, I have
provided an overview of type classifications
and a glossary of the terms that are used
throughout the book. The profusion of
type specimens that illustrate this book are
presented to stir your imagination, whet
your creative appetite, and delight your eye.

I wrote Alphabet for the fun of it. It is my
hope that you read it for the same reason.