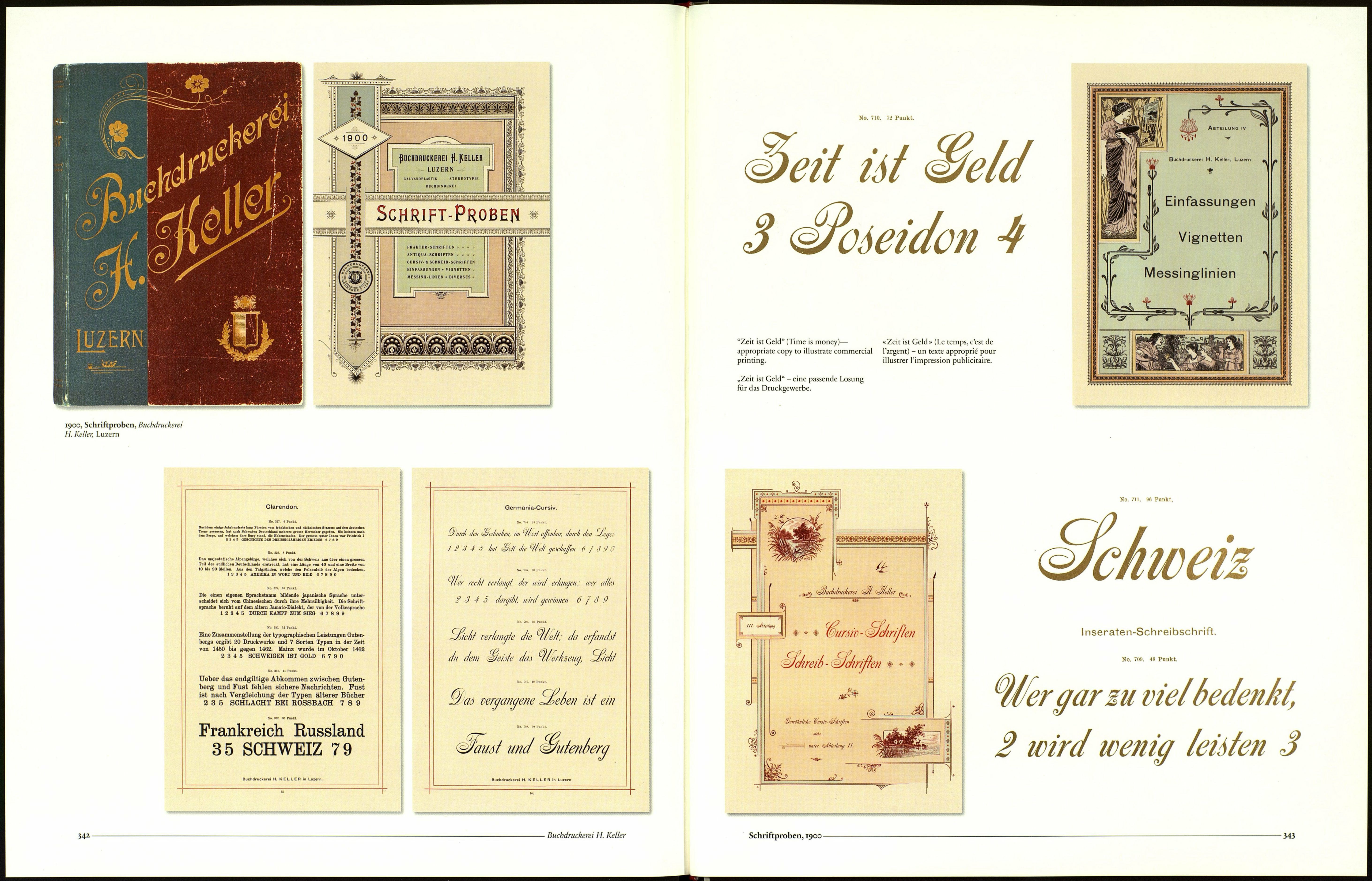 the Roman of the Venetian School, fonts of which he ii
s,iid to ііл ve brought direct from Italy. The German name
of Antiqua, applied to the Roman character, hat generally
been juppowd to imply a reluctance to admit the claim of
Italy to the credit of introducing; this style of letter. As,
however, the Italiani themselves called the letter the Lettera
Antiqua tonda, the imputation against Germany is un¬
just. The French, Dutch and English called it Roman.

ROMAN CHARACTERS THE FIRST TYPES USED
IN FRANCE, IN THE YEAR J470-»*J.j*j«jij»A»tj»j»

Tf RANCE received printing: and the Roman
J character at the same time, the first work of
* the Sorbonne press in 1470 being: in a hand-
[ some Roman letter about Great Primer in
В size, with a slight suggestion of Gothic in

___( some of the characters. Gering, a German

himself, and his associates, had learned their art at Basle,
but cut, and probably designed, their own letter on the best
available models. Their font is rudely cast, so that several
of their words appear only half-printed in the Impression,
and have been finished by hand. It has been stated erroné-
ously, by several writers on the authority of Chevillier,
that their font was without capitals. The font b complete
fn that respect, and Che v illier's e % pression, " lettres capi¬
tales," as he himself explains, refers to the Initial letters, tor
which blank spaces were left to be filled In by hand. Be¬
sides the ordinary capital and lower-case alphabets, the font
abounds in abbreviations. This letter was used in all the
works of the Sorbonne press, but when Gering left the Sor¬
bonne and established himself at the Soleil d'Or, in 1473,
he made use of a Gothic letter. In his later works, however,
new and greatly improved fonts of the Roman appear.
Jobocus Badius, who by юте is erroneously supposed to
have been the first who brought the Roman letters from
Italy to France, did not establish his famous Prelum Ascen-
slanum in Paris till about 1500, when he printed in Roman
types—not, however, before one or two other French
printers had already distinguished themselves in the Intro¬
duction of printing from the adopted Roman characters.
The French quickly recognized the opportunities of printing,
but were slow in improving the shapes of the Roman letter.

ÏROMAN WAS FIRST USED IN THE <
D NETHERLANDS ABOUT 1472-»«ЛЛЛ 6
OMAN was introduced into .
| the Netherlands by Johannes С
Я de Westfalla, who, ft Is said, ,
I brought it from Italy in the year
11472. He located at Louvain, '
J and after a number of works (
'( in semi-Gothic, published in 1463 an edition ,
1 of Aeneas Silvius in the Italian letter. His \
{font is elegant, and rather a lighter face than
Jniost of the early Roman fonts of other court- I
j trie». This printer appears to have been the I
Ç only one in the Low Countries who used this К
Г type during the fifteenth century; nor was it I
'T til! Phr.ti.-., in 1555, established his famous (.
¿press at Antwerp, that the Roman attained i
? to any degree of excellence. But Plantin, and \
j after him uve Elzevirs, were destined to eclipse ,
Sau other artists in their execution of this letter, в
Г which in their hands became a model for the <
ft typography of all civiltzaUon. It should be ^
jl menaoaed, however, that the Elzevirs are not S
rs4jpposed to have cut their own punches. The
1 Roman types which they made famous, and ¿
i which are known by their name, were cut
I by Christopher Van Dijk, the form of whose .
\ letter was subsequently adopted by English U
/ printers with only a few Immaterial changes, 1

American Type Founders (ATF) was cre¬
ated in 1892 by the merger of 23 type
foundries, including the Boston Type
Foundry, the Cincinnati Type Foundry,
and Farmer, Little Öc Co. From its begin¬
ning until the 1940s, ATF was one of the
dominant manufacturers of metal type.

'ZERLAND distinguîehed It¬
self by the Rom л и letter of Атег-
bach of Basle, and still more so by
the beautiful fonts used by Froben
of the same city, who between 1491
and 1527 printed someof the finest
_ -hen known In Europe. His Roman was
very bold and regular. Christopher Froschouer of
Zurich, about 1545, made use of a peculiar and
not unplcturesque form of the Roman letter, In
which the round sorts were thickened, after the
Gothic fashion, at their opposite corners, Instead
of at their opposite sides.********** *м-*«м
FIRST INTRODUCTION IN ENGLAND.
I Roman was first Introduced in Eng-
|| land by Richard Pynson in i 518. This
j printer's Norman birth, and his close
| relationship with the typographers of
_ juen, as well as his supposed intimacy with the
famous Basle typographer Froben, make it highly
probable that he procured his letter abroad.or mod¬
elled it on that of some of the celebrated foreign
printers of his day. The font, though neat and bold
in .ірріагдікс, displays considerable irregularity in
the casting, and contains many contractions. The
Roman made Its way rapidly fn English typogra¬
phy during the first half of the sixteenth century,
and In the hands of such artists as Faques, Rastel!,
Wyer, Berthelet, and Day, maintained an average
excellence. But it rapidly degenerated, and while
other countries were dazzling Europe by the brfl-
, llancy of their impressions, the English Roman
went from good to bad, and from bad to worse.

Claude Garamond in France
carrying out into noble practice
.... theories of the form and propor¬
tion of letters set out by his master,
Geofroy Tory; while the Estiennes
at Paris, Sebastian Gryphe at Lyons,
__Froben at Basle. Froschouer at Zu¬
rich, and Christopher Plantin at Antwerp, were mould¬
ing and refining their alphabets into models which were
to become classical, English printers, manacled body and
soul by their patents and monopolies and state persecu¬
tions, achieved nothing with the Roman type that was
not retrograde. For a time a struggle appears to have
existed between the Black-letter andthe Roman for the
mastery of the English press, and at one period the curious
spectacle was presented of mixed fonts of each. Always
impressionable and unoriginal, the national Roman letter,
in the midst of many admirable models, chose the Dutch
for its pattern, and tried to imitate Plantin and Elzevir,
but with very little of the spirit of those great artists. The
seeker after the beautiful looks almost in vain for any¬
thing to satisfy his eye in the English Roman-printed
works of the sixteenth and seventeenth centuries. A few
exceptions there are; and when the English printers, giv¬
ing up the attempt to cut Roman for themselves, went
toHolland to buy it; or when, as in the case of Oxford
and Thomas James, the English foundries became fur¬
nished with Dutch matrices, the country was able to
produce a few books the appearance of which does not
call forth a blush and unqualified condemnation.**!******

MONG the Eng¬
lish printers in the
t 17th century who
. * did credit to their
■^^ffi-ДІ trade, Roycroft is
distinguished for the handsome
Roman used by him in printing
Ogilby's Virgil Yet Roycroft's
handsomest letter was the font
used nearly a century before by
Day, whose productions but few
printers of the seventeenth cen¬
tury could equal, and none could
excel. Moxon's attempt in 1683
to regenerate the Roman letter
in England was not successful.

IN the first quarter
I of this century ty¬
pographical taste
was vulgarized by
Ja variety of bold-
types made by the
founders, and the date at
which we quit this brief
survey is not a glorious
one. The plain uniformi¬
ty of faces which charac¬
terized the specimens of
Caslon were spoiled by
new fashions. e4í«4íftá* «4*

PRICES AND DIRECTIONS WHEN
ORDERING SPECIAL NEW SIZES.
Page Embellishments
and Initials shown in this
specimen will be made to
any required dimensions.
When ordering Page Em¬
bellishments give the exact
wanted, on inside, from top
to bottom. All new sizes will be charged ¡J
by the square inch over all, as measured by .'
trie square of the blocking trimmed dose to ™
the phte, including mortise. Special sizes
of initials will be made to order, and charged
according to size, etc., and will be mounted
on wood unless otherwise ordered. Fresh
designs in Initials and Page Ornaments and
Embellishments will follow these specimens.
Our arrangements contemplate the best
work in black and white by leading artists
in Europe and America, and we expect to
show early proofs oí their drawings..*.*