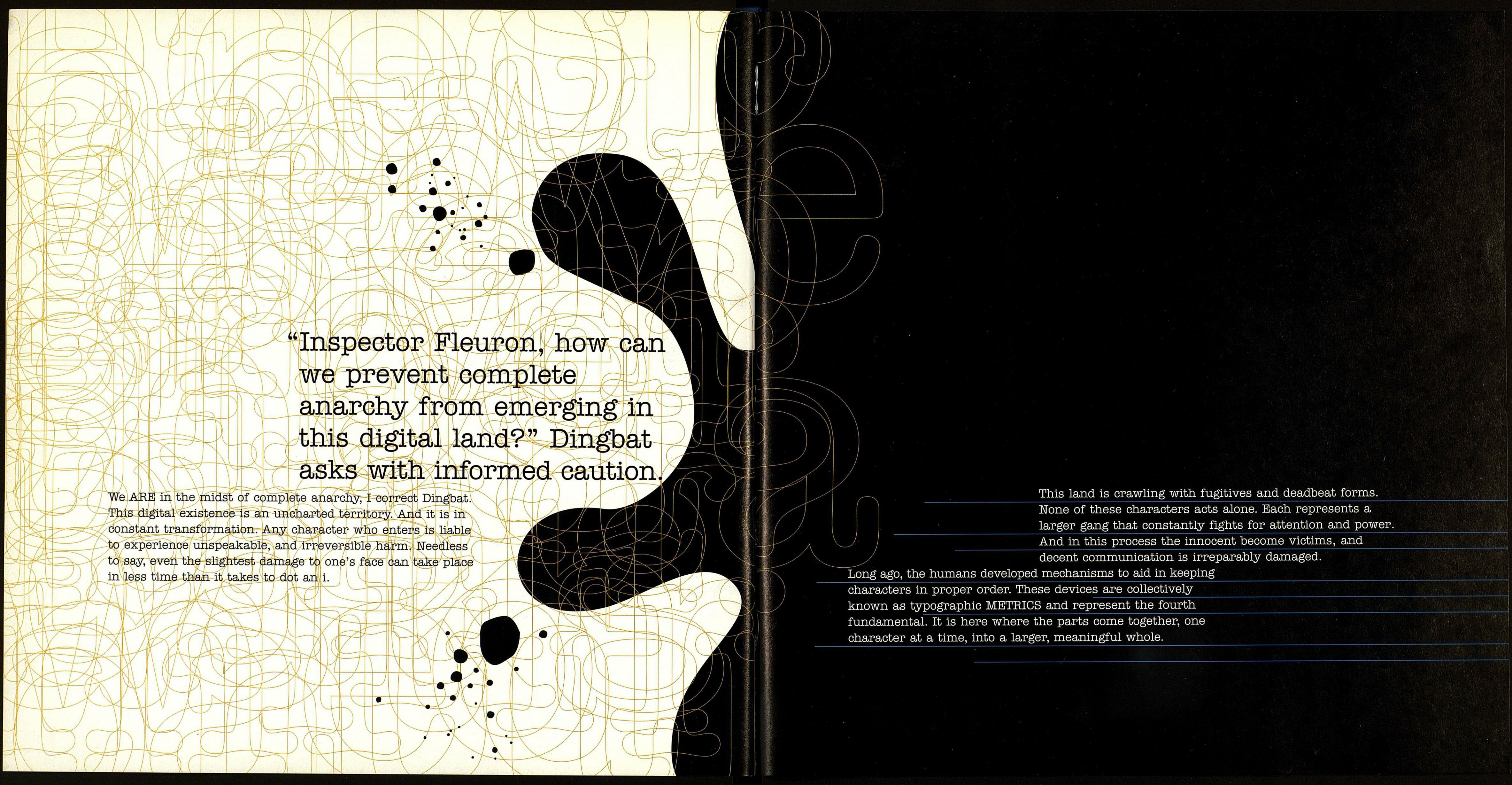 In order to render a letterform for
computer screen display, the character
must be rasterized, or converted Into tiny
dots known as pixels, short for picture
elements. This process takes place on a
bitmap matrix that contains 72 pixels per
1 Inch, which Is the average display
resolution of a computer monitor. This
also corresponds to the point system for
measuring type.

The process known as hinting allows
the computer to render a specific
typeface accurately at different sizes
when displayed at low resolutions.

Mathematical systems of outlines and templates now provide
the means of representation for the typeface in this digital
world. In order to give a hint of life on a computer screen, the

The bitmap matrix Is measured In dots
per Inch (dpi). The dot, also known as
a pixel, Is the smallest visible element
displayed on a computer monitor.

typeface is rasterized into a form made of illuminated dots
known as pixels, and placed in a pattern known as a bitmap.

The computer uses an outline
construction to precisely match the
original type design for printing. This
allows the printer to render a letter
with smooth curves and angles, Instead
of the jagged, or aliased, construction
of pixels.

When the computer cannot render a
character properly on the screen, or
If a printer cannot print a character as It
should appear, the result Is oftentimes
a disastrous sacrifice of legibility. This
condition Is known as jaggles—an
affliction that renders the smooth curve
or angle of a character Into a horrid stair-
stepped pattern.

When a typeface Is used strictly for
screen display, the computer can reduce
the jagged effect of the bitmapped
image by averaging the color density of
pixels at the edges of the image with the
background. This technique, known as
anti-aliasing, gives the hard, stair-
stepped, edge a soft appearance that
simulates a smooth contour.

Typefaces are no longer material objects. They have been
reduced to mere concepts that have no physical existence
until printed. The bitmapped representation of a typeface—
its stylistic essence—is hut a phantom of the past, rendered
vulnerable in the hands of the insane...