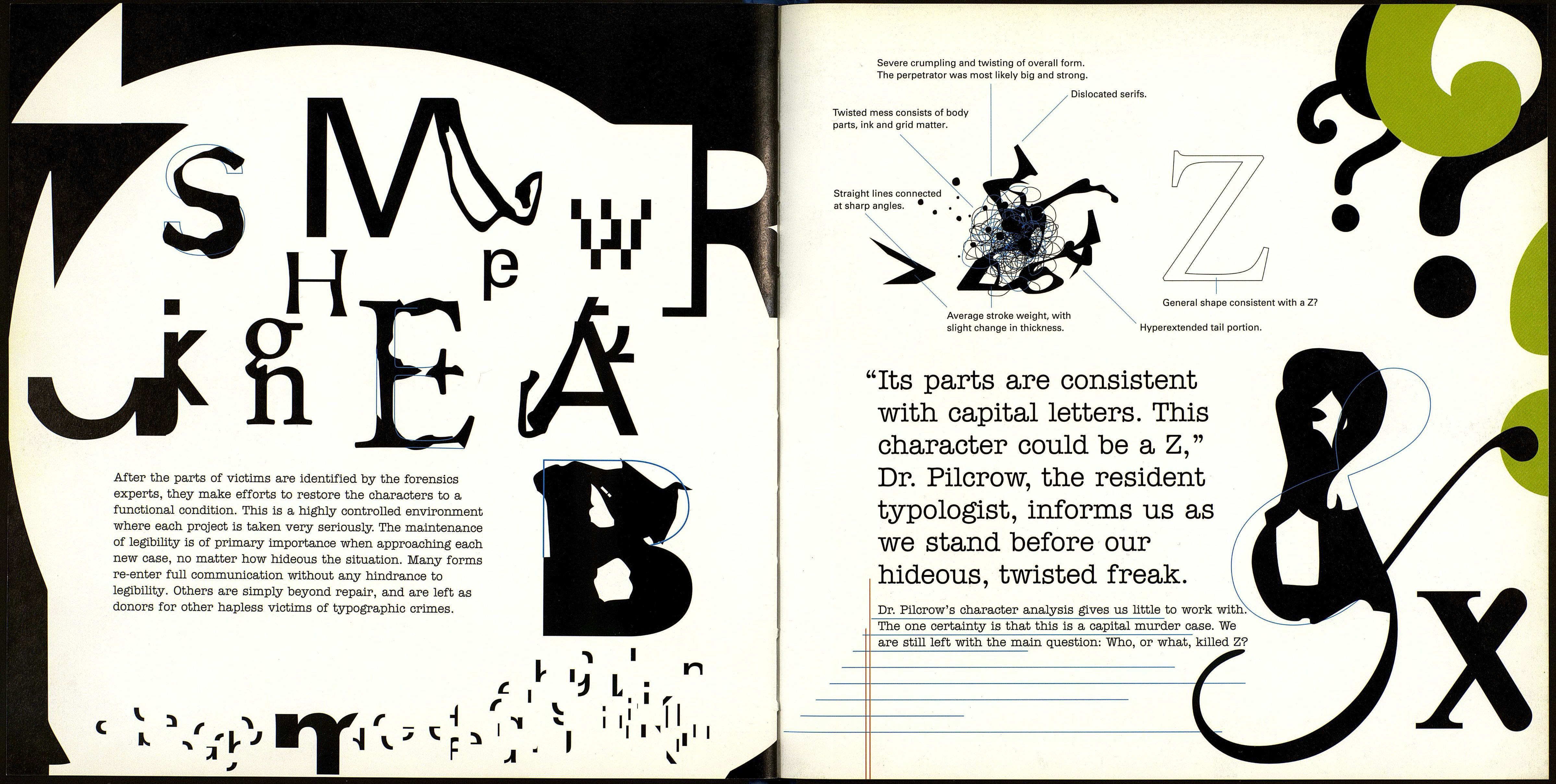 Language is a flexible system. Letters
are utilitarian symbols used to represent
language and have no meaning until
they are assembled into words.

A word is a sequence of symbols to
which meaning is applied. In most
cases a word does not look like the
idea it represents.

Letters are at once representations of
themselves and symbols for ideas when
assembled into words and sentences.

“I beg your pardon, sir, if
the alphabet has remained
the same all these years,
why is this word, ‘legibility,’
so important to us?” —

True, the letter A has been the letter A for thousands of
years...on the inside. But outside, appearances can say a lot
about a character. The idea of legibility evolved with the past
5S0 years of printing and typeface design. This curious word
does not have a precise definition, but it can be applied to the
inherent visual and structural characteristics of a typeface: "

The physical qualities that give a typeface the ability to convey
its symbolic meaning.

The idea of legibility evolved with the past
550 years of printing and typeface design.
There are certain characteristics of
the design of letters that facilitate their
recognition as symbols for language.

The top halves of letters are more
recognizable than the bottom halves.

The right halves of letters are more
recognizable than the left halves.

Thought and sound are shapeless and meaningless without
language, Dingbat. The alphabet evolved as a system of simple
symbols that have no meaning until they are arranged to

form words. But letters have visual characteristics that make

them objects before they serve any function. Typographic
characters are building blocks that serve as both a linguistic
utility and an expression of the alphabet.

The meaning generated by a collection of type depends on the

context in which they exist. Therefore, what might be legible

to one might not be to another. When approaching each
typographic case, the WHO, the WHAT, the WHERE, the WHEN

and the WHY must be considered. Wow, I will show you why
we have a job, Dingbat...